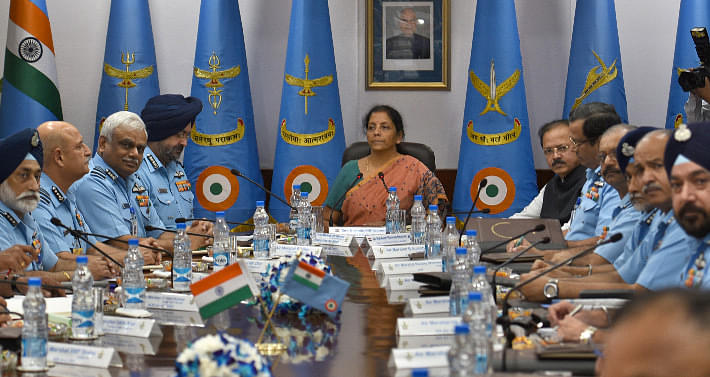 In her first foreign trip, after taking charge as Defence Minister, Nirmala Sitharaman will leave on a three-day visit to Russia, starting 3 April. Will she, during this trip, bite the bullet and seal the contours of the multi-billion dollar deal for purchasing the S-400 Triumf air defence missiles – one of Russia’s most advanced long range surface-to-air missile defence systems with four missiles?

Even after finalising an inter-governmental agreement for purchasing these defence systems from Russia (in October 2016), the final agreement is pending due to some differences on the price. India is expected to purchase at least four to five of these sophisticated S-400 systems under a deal that could cost anywhere up to $4-4.5 billion.

While her official agenda states that the visit is to attend the seventh Moscow Conference on international security, official sources confirmed that Sitharaman will also hold crucial strategic talks for extending military co-operation with senior Russian leaders and her counterpart Army General Sergei Shoigu.

Apart from S-400, Sitharaman is also expected to hold discussions over acquiring another nuclear submarine from Russia, which is the biggest supplier of arms and military equipment to India.

In a first, China has already contracted six of these high-tech missile systems from Russia in 2014, and Turkey and Saudi Arabia are also in line for the S-400 state-of-the-art missile system with multiple missile launchers. S-400 is capable of detecting and bringing down drones, stealth aircrafts, ballistic and cruise missiles over long ranges (400 kilometres) and even during extreme war conditions and intense enemy actions.

However, India has been holding discussions for acquiring these systems for over a year and a half now. Officials said that given the cordial relationship between Russian President Vladimir Putin and Prime Minister Narendra Modi, the deal could be inked soon despite India’s reservations over the price offered by Russia.

Russia, which was at one point supplying close to 60 per cent of India’s military needs, is reportedly upset with the change in India’s military procurement strategy in favour of other nations like the US and Europe.

Further, another reason that has upset Moscow is that India is no longer keen to purchase fighter jets from Russia.