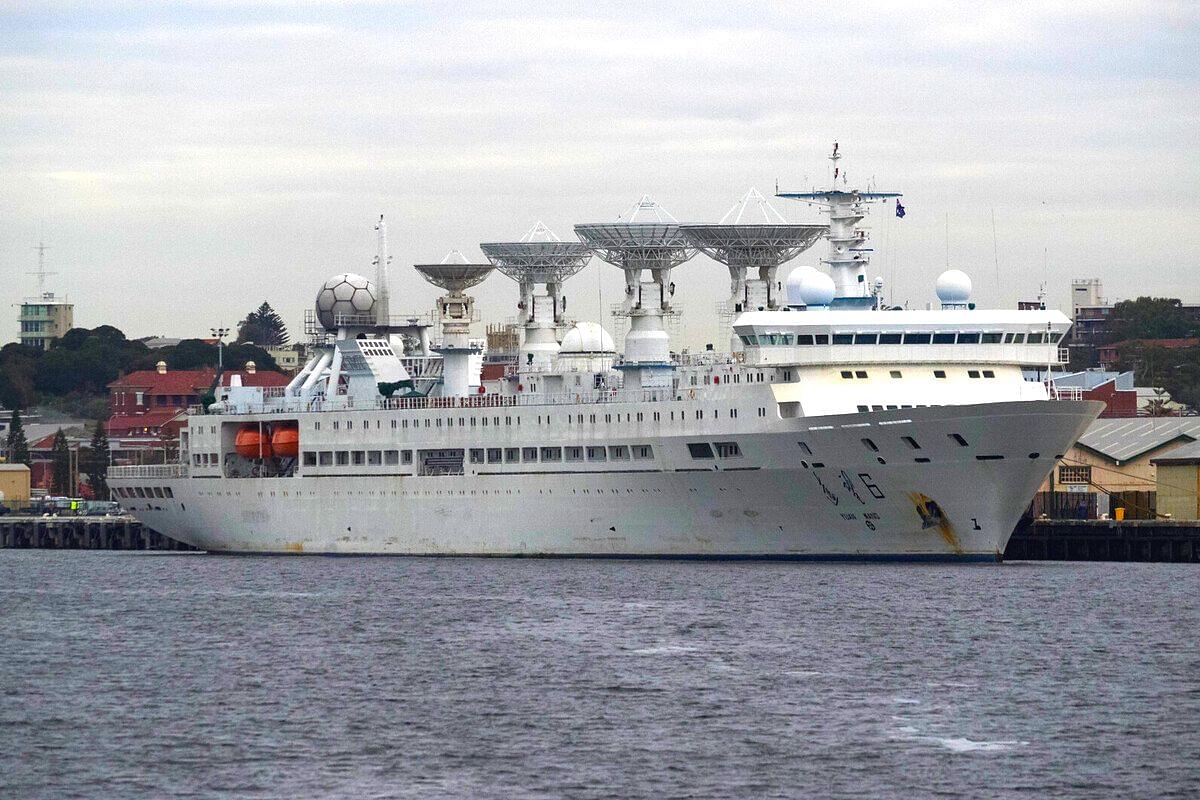 The vessel's entry into the Indian Ocean comes just days ahead of a planned missile test by India. Equipped with advanced surveillance equipment and sensors, the Chinese ship is capable of tracking ballistic missiles and satellites and gathering of signal intelligence.

The test will likely occur sometime between 10 and 11 November, as a NOTAM or Notice to Airmen issued last month suggests. The notice also indicates that the missile may fly to a range of 2,200 kilometers.

While the Defence Ministry has not formally commented on the matter, it is understood that India is preparing to test its K-4 submarine-launched ballistic missile (SLBM). The K-4 has a range of 3,500 kilometers.

However, some reports suggest that the missile India is likely to test during this period is from the Agni series of ballistic missiles.

Moreover, the missile test could be deferred due to the presence of the Chinese intelligence-gathering vessel in the region.

Interestingly, the deployment of the Chinese spy ship "appears to be in sync with a Chinese aerospace mission that flies over the bay of Bengal between 15-20 November 2022," open source intelligence expert Damien Symon has pointed out. The mission, as shown in the map below, "would put the Yuan Wang VI near the Indian missile test's splash zone," he added.

While the space mission could be the official reason for the deployment of the spy ship to the Indian Ocean, it is highly unlikely that Beijing would let go of the opportunity to track the test of a missile that New Delhi can use to hold Chinese cities at risk of a nuclear attack.

Why is the K-4 test important?

India's only operational ballistic missile submarine (SSBN), INS Arihant, currently carries K-12 SLBMs. With a range of just 750 km, a K-12 fired from an SSBN in the Bay of Bengal can't reach China's industrial or population centers. However, with a range of over 3,500 kilometers, the K-4 missile will give India's SSBNs the capability to strike targets in a large part of China, including Beijing, from the northern region of the Bay of Bengal.

The addition of the K-4 missile to India's SLBM arsenal will improve the credibility of the sea leg of India's nuclear triad, which is the ability to launch a nuclear strike from land, air, and sea.

Given its 'no first use' nuclear posture, India needed to demonstrate the capability to launch a second strike or the ability to respond to a nuclear attack with one of its own. An assured second-strike capability is an essential element for effective strategic deterrence.

SSBNs are believed to be the most survivable of the three legs of the nuclear triad. While land-based missiles and aircraft meant for nuclear weapons delivery can be targeted by the enemy in a first, counterforce strike, taking out SSBNs at sea is relatively more difficult. These boats can remain underwater for long durations of time to avoid detection.

In case of a first strike that destroys nuclear weapons and land-based nuclear delivery systems, India can launch a retaliatory strike with its surviving SSBNs. For this, India will need a continuous at sea deterrent, and the commissioning of the three SSBNs currently in the pipeline — Arighat, S4 and S4* — will give India this capability.

What is the current location of the Chinese spy ship?

Yuan Wang VI entered the Indian Ocean through the Lombok Strait, which lies between the Indonesian islands of Java and Sumatra. It is one of the three major chokepoints linking the Indian Ocean with the Pacific Ocean, the Strait of Malacca and Sunda Strait being the other two.

According to MarineTraffic, a website that provides information on the movement of ships, the last reported location of the Chinese spy ship in the Indian Ocean was near the Indonesian island of Bali.

Where is the ship headed?

The ship will likely go towards the designated no-fly zone for the Chinese aerospace mission in the Indian Ocean. However, whether or not the vessel will dock at a port in the region remains unknown.

But it won't be a surprise if Sri Lanka, currently reeling under an economic crisis, allows the ship to dock at Hambantota for resupplies. Colombo is currently holding talks with Beijing for debt restructuring.

Moreover, the possibility of Sri Lankan vessels refueling the Chinese intelligence-gathering ship on the high seas can't be ruled out.

Sri Lankan vessels have been seen loading fuel from Hambantota port and refueling Chinese warships on high seas in the recent past, reports say, adding that New Delhi has expressed "serious concerns to Colombo for allowing surreptitious refueling of Chinese military vessels on high seas."

In August this year, the docking of Chinese intelligence-gathering vessel Yuan Wang-5 in Sri Lanka had caused much disquiet in India.