Explained: Why The Chinese Are Kicking Up Trouble On The Sikkim Border 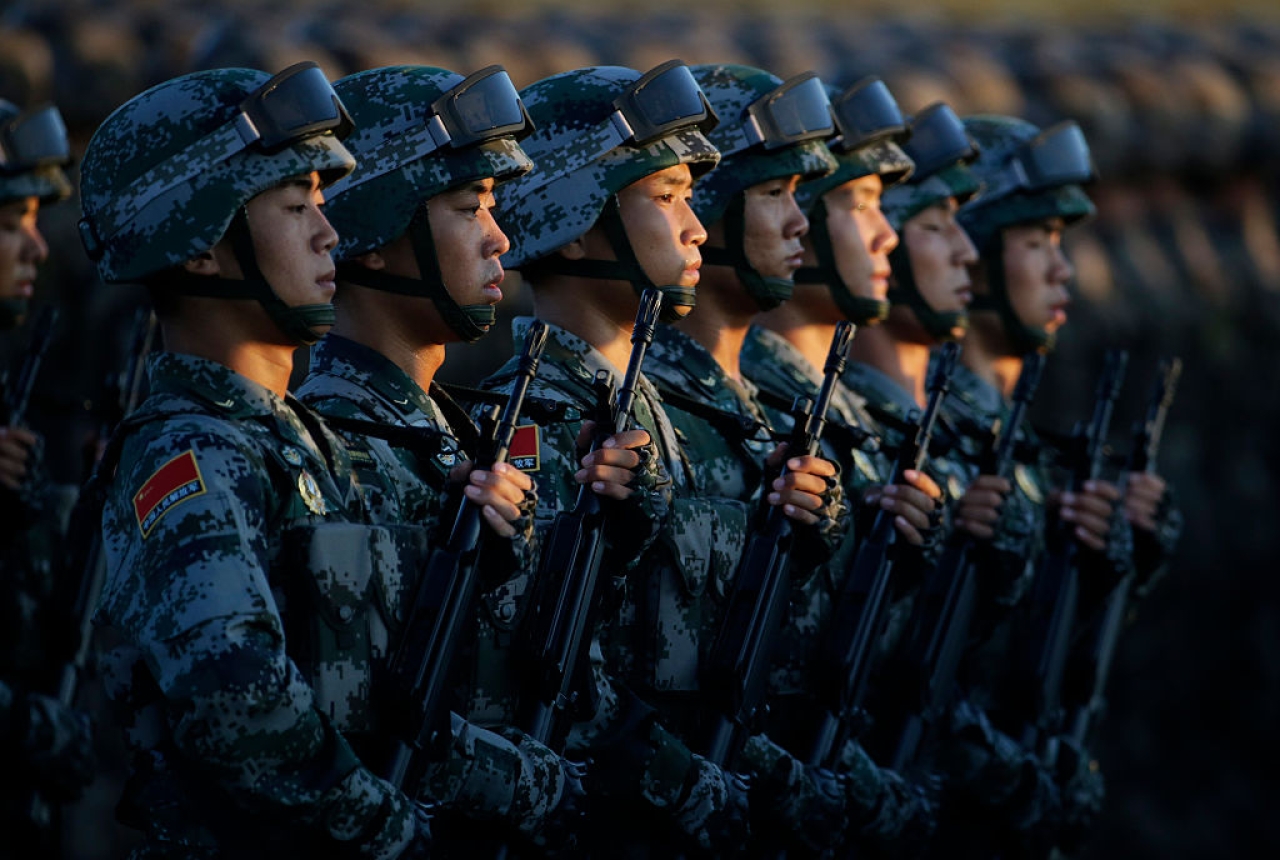 On Monday, a number of media outlets reported that China has closed the Nathu La pass in Sikkim, stopping pilgrims on the Kailash Mansarovar Yatra to cross the border. Refusing to offer a reason for obstructing the movement of pilgrims, the Chinese Foreign Ministry said that it is in communication with India on the issue.

Later in the day, more details emerged; among them, a video that shows Chinese and Indian troops jostling in the Doka La region of the Chumbi Valley, a place near the Sikkim-Bhutan-China tri-junction. In the video, Indian troops can be seen forming a human wall along the international border, trying to stop the personnel of China’s People’s Liberation Army from advancing into Indian territory. 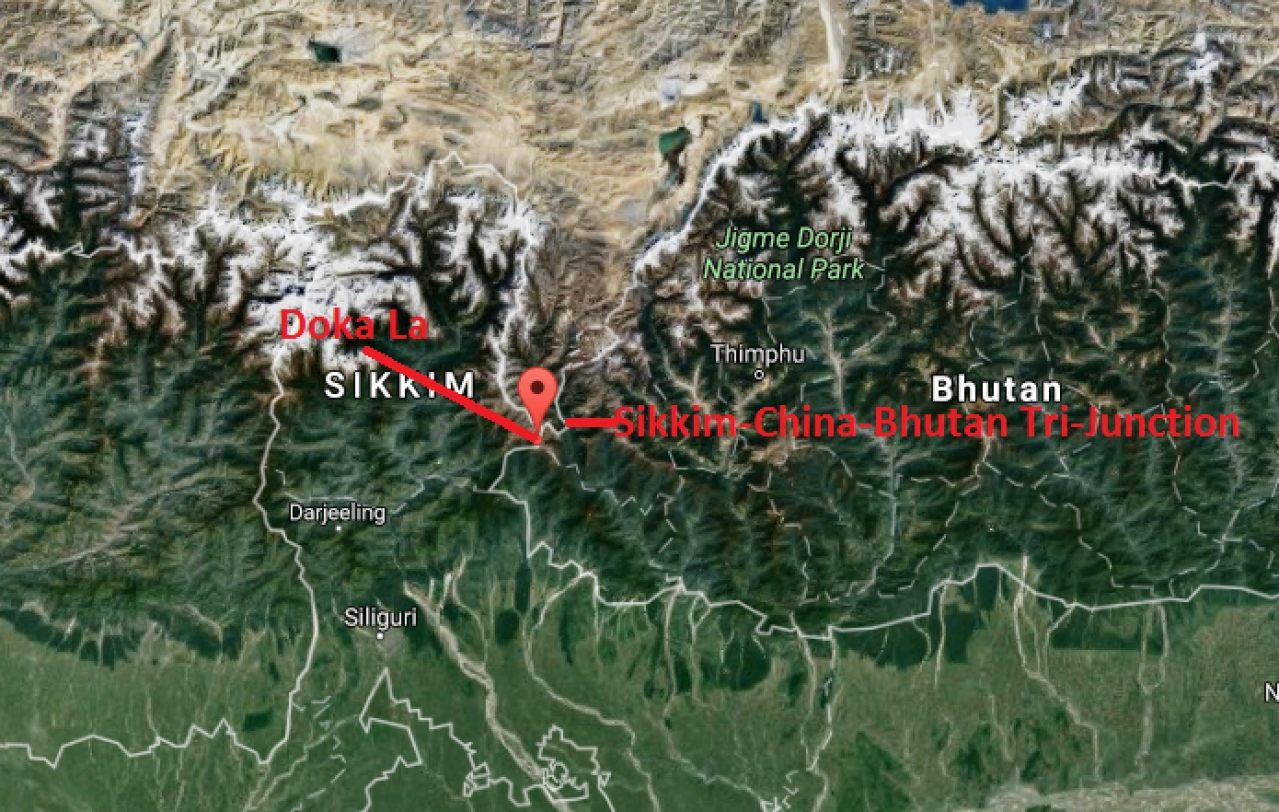 Why Is China Kicking Up Trouble?

According to reports, the ongoing stand-off, of which jostling and transgression were a part, was a response from the Chinese side to the steps taken by the Indian Army to prevent the construction of the road that China wants to build to the Sikkim-Bhutan-China tri-junction. The construction of the road could have been stopped because the Indian side believes China was carrying out this activity in the its territory.

This is undesirable for India as the road will give China unhindered access to India’s strategically important Siliguri Corridor, the chicken neck that links the northeastern region to the rest of the country. Since the 1962 war with China, Indian strategists have envisioned a scenario where the Chinese may bring in forces to choke the vulnerable Siliguri Corridor and cut off the northeast region. 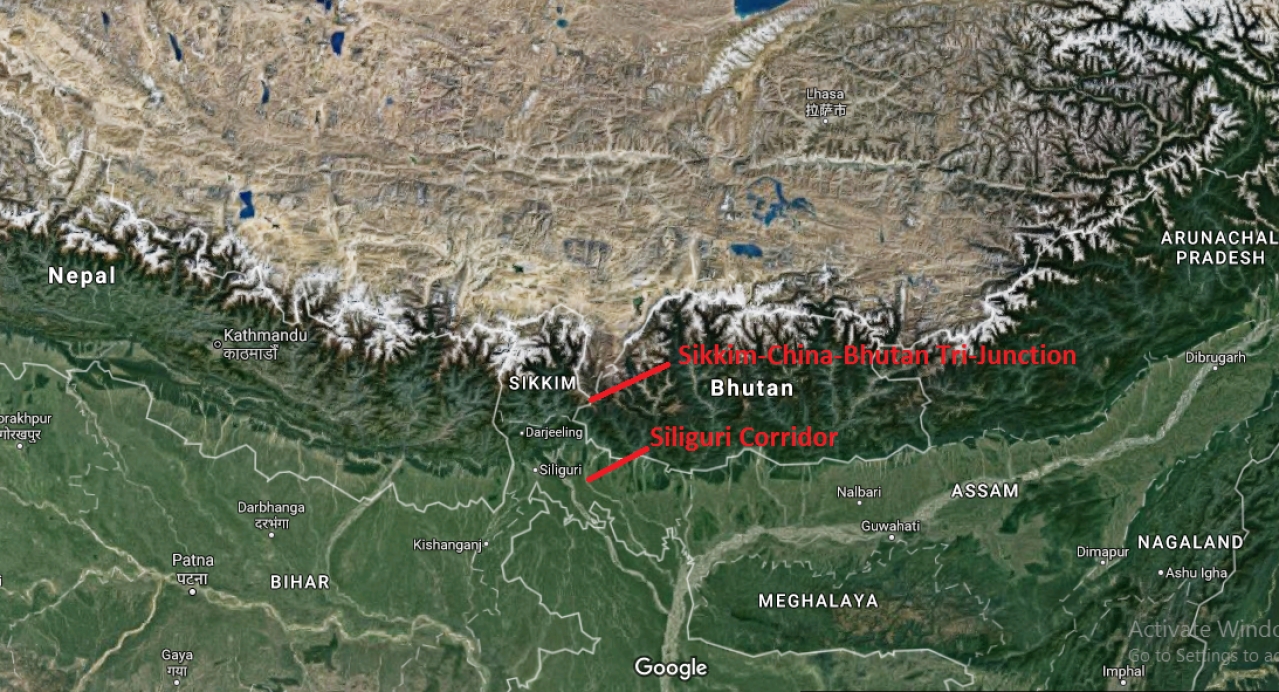 Location of the Siliguri Corridor.

According to security analyst Nitin Gokhale, the stand-off began almost a month ago after Chinese troops brought in their construction equipment and started setting up labour camps in the area. On Twitter, the expert suggested that the reports of Indian bunkers being destroyed during the stand-off may not be true, adding that the Indian Army has sent in reinforcements to deal with the stand-off that is expected to continue until winter sets in by the end of October.

The two sides had discussed the issue in a flag meeting on 20 June. Indian Army Chief General Bipin Rawat will visit Sikkim in the next few days, signalling India’s intent to not back down and the importance it attaches to this incident.

Why Is This Significant?

The timing of the Chinese provocation is significant, given that it came when Prime Minister Narendra Modi was in the United States, meeting President Donald Trump for the first time since his inauguration. China, experts have suggested, was the “800-pound gorilla in the room” during the discussion between Modi and Trump. The joint statement issued by the two sides targets China’s Belt and Road Initiative (BRI), calling for “transparent development of infrastructure, use of responsible debt financing practices, and ensuring respect for sovereignty and territorial integrity”.

It is also significant because India’s relations with China have been tense in recent times, mostly due to the latter’s constant refusal to address the former’s sovereignty-related concerns vis-a-vis the China-Pakistan Economic Corridor and concerns emanating from the lack of transparency in the BRI.

The significance of the incident increases if reports of India stopping the constructing of a road in the region are true. In most cases in the past, like in Ladakh’s Demchok sector in 2009 and 2016, it was the other way round.

What Is The Status Of The Boundary Dispute In Sikkim?

Unlike Jammu and Kashmir and Arunachal Pradesh, where the Line of Actual Control and McMahon Line act as the dividing lines, India has an international border with China in Sikkim. The boundary in Sikkim was defined by the Anglo-Chinese Convention signed by the Great Britain and China on 17 March 1890 in Calcutta and jointly demarcated on the ground in the year 1895.

Moreover, in a note given by the Chinese Foreign Ministry to the Embassy of India in China on 26 December 1953, Beijing noted that “the boundary between China and Sikkim has long been formally delimited and there is neither any discrepancy between the maps nor any disputes in practice”.

Despite this, and the existence of an agreement for maintenance of peace and tranquillity along the border signed by the two sides in 1993, Chinese transgressions and incursions into Indian territory are not uncommon. In November 2008, Chinese forces had destroyed some makeshift Indian Army bunkers in the same region of Sikkim. Multiple border skirmishes and stand-offs, including Nathu La and Cho La clashes in 1967, have occurred in the region and other parts of the boundary, including Ladakh and Arunachal Pradesh.