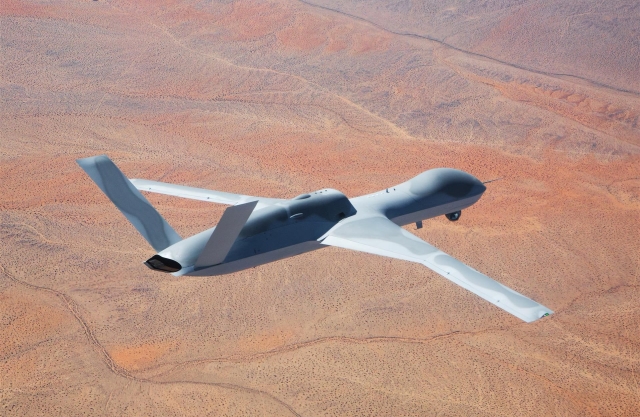 India and China have been locked in a tense military stand-off in eastern Ladakh for nearly two months now.

Tensions escalated recently after troops from both sides clashed in Galwan River Valley, one of thee standoff sites.

During the talk between the foreign ministers following the conflict, India told China that the “premeditated” attack on Indian troops by the Chinese side, in which 20 Indian soldiers died, will affect bilateral ties.

Experts have said that China’s aggressive behaviour in Ladakh will push India towards a closer relationship with the US and its allies, Australia and Japan, in an effort to balance China.

In this context, here are five foreign weapon systems which India can induct to narrow the gap in military capabilities with the People’s Liberation Army.

On 18 June, a P-8I aircraft of the Indian Navy was seen flying over Himachal Pradesh, possibly headed towards Ladakh. The aircraft, which should ideally be flying over the Indian Ocean, hunting Chinese and Pakistani submarines, was headed towards India’s Himalayan frontier to monitor Chinese movements.

India has already inducted eight P-8Is ordered in 2009. Four more aircraft have already been ordered and are likely to be delivered by 2022.

India has also cleared the purchase of 10 additional P-8Is for the Navy.

P-81s are the most advanced maritime aircraft in the world.

India’s acquisition of these aircraft has drastically improved the Navy’s capability to hunt Chinese submarines at a time when the People’s Liberation Army Navy is increasing its presence.

The aircraft have also been used for ground surveillance, during the Doklam standoff and the current crisis.

India should speed up the process of induction in consultation with the manufacturer to maintain an alert posture in the Indian Ocean.

The IAF had ordered 22 Apaches to replace its ageing fleet of the Russian-origin Mi-35s.

Most of these aircraft have been delivered to India. Amid tensions with China, India has moved some Apaches to Ladakh.

Indian Army has also ordered Apaches, but only six for now.

The helicopter also has a 30mm chin-mounted chain gun that’s slaved to the gunners helmet.

Of IAF’s 22 Apaches, 11 are equipped with the Longbow fire control radar system.

Along with the longbow radars, these missiles can wreck havoc on enemy armour. It is not for nothing that the Apaches are often referred to as “tank killers”. Its chin-mounted gun can sends 625 rounds per minute, ripping into the targets.

In the future, the Army’s fleet may go up to 36, taking the total number of Apaches to around 60.

India must look at speeding up the process.

The induction of Chinooks by the IAF has been a game-changer. India had ordered 15 Chinooks in 2015 and the first helos were delivered to the IAF in 2019. Chinooks have been spotted in Leh during the current crisis with China.

IAF’s heavy-lift rotary wing capability has been severely constrained due to the small number and poor serviceability of its Soviet-era Mi-26 helos.

Chinooks have a better serviceability record and Boeing, its maker, has a history of providing good after-sale services.

Chinooks are faster, more agile, have a smaller rotor diameter and a better landing flexibility.

This makes them more capable than Mi-26 for negotiating narrow valleys, as witnessed in Afghanistan, and delivering cargo and troops more precisely.

No surprise that the Mi-26 pilots called their machine “flying cow”.

The Chinook provides a higher degree of loading and unloading flexibility and greater number of cargo, troops and equipment configurations.

They are extremely versatile and provide more operational flexibility to the IAF. While the use of IAF’s Mi-26 has been strictly limited to transport of troop and cargo, the Chinooks can be employed for a number of mission profiles, including special operations.

The 2015 deal has a clause for the purchase of seven additional Chinooks and India must exercise this option at the earliest.

Due to various reasons, including the fact that India was not a member of the Missile Technology Control Regime (MTCR), the US had denied India armed drones. With India becoming an MTCR member, among other changes, the US has now approved the sale of armed drones to the Indian Army, Navy and the Air Force.

The Indian armed forces currently use Israeli IAI Heron and have recently contracted for more, including an armed version.

India can buy Predator C armed drones, which will not only give it a new platform to eliminate terror launchpads in Pakistan, but also a capability which it can exploit during tensions with China.

The Chinese military is equipped with a variety of drones, such as CH-4, CH-5 and Wing Loong, at its disposal.

The Indian Navy’s 14-year-long wait for new helos came to an end earlier this year with India and the United States signing a $2.6 billion deal for 24 MH-60R Sea Hawk helicopters, which will replace its obsolete Sea King anti-submarine helos.

The shortage is so acute that some of the Navy’s warships go to sea without dedicated anti-submarine warfare (ASW) capability at a time when the presence of the People’s Liberation Army Navy in the Indian Ocean is growing.

These warships, instead, depend on the Chetaks, Hindustan Aeronautics Limited’s (HAL) licence-built version of the French Aérospatiale Alouette III light utility helicopter, which is even older than Sea Kings that the MR-60s will replace.

Alouette IIIs were designed in the late 1950s and introduced in 1960.

The MH-60s come with Telephonics APS-153(V) radar, which, among other things, has high-resolution Inverse Synthetic Aperture Radar (ISAR) imaging option.

Using ISAR, Telephonics says, the helo can classify detected moving ship targets under night and restricted visibility and operate from outside the enemy’s visual and lethal range.

These helicopters will be equipped with the Advanced Precision Kill Weapon System (APKWS) laser-guided rocket, which BAE Systems has been pitching to the Indian forces for years.

APKWS, which the US Navy deploys on its MH-60 helos, helps in hitting targets with improved accuracy and minimal collateral damage.

According to its maker, APKWS “redefines precision” and gives a “low-cost surgical strike capability”.

India should buy additional MH-60s at the earliest to make sure the Indian Navy’s submarine hunting capabilities do not suffer at a time when the Chinese are increasing their presence in the Indian Ocean.