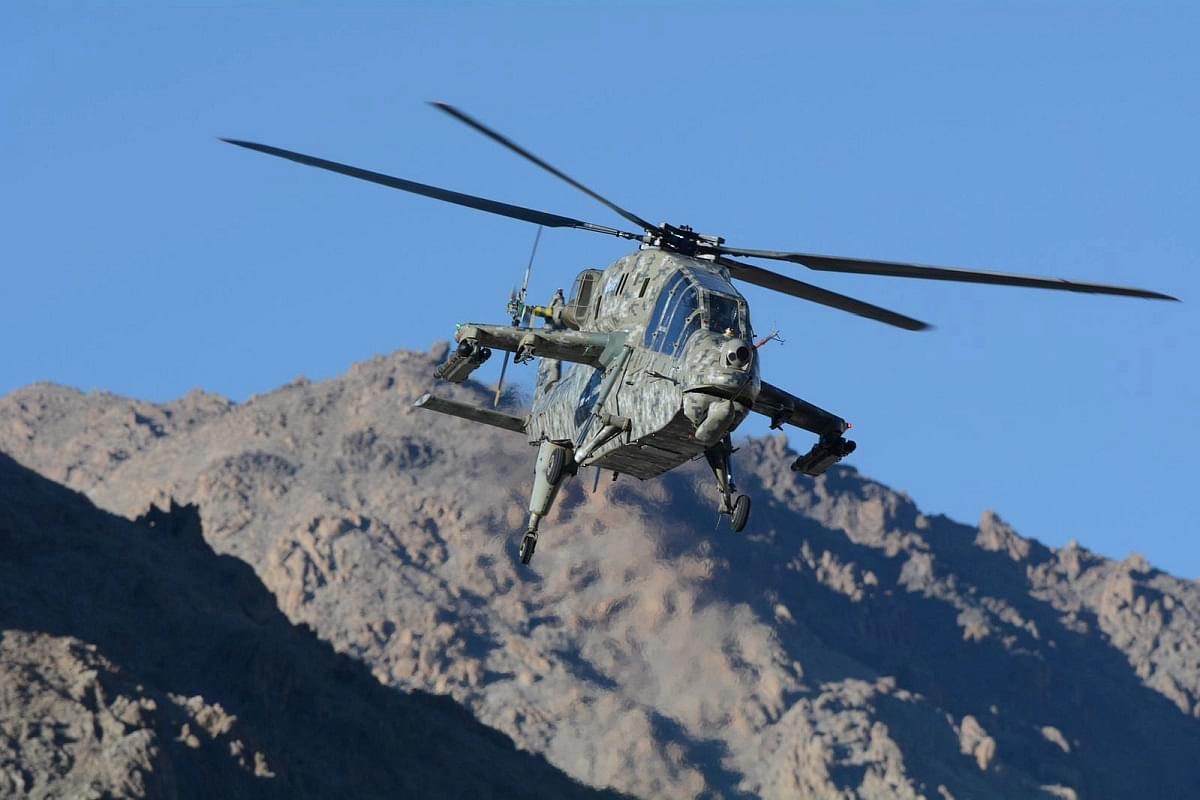 The Cabinet Committee on Security, the highest decision-making body on national security affairs, approved the purchase of 15 LCHs for the Indian Army and the IAF in March this year. Ten of these helos will be operated by the IAF and the remaining five by the Indian Army.

At least nine of the 15 helicopters have been manufactured by Hindustan Aeronautics Limited (HAL) and are being handed over to the IAF and Indian Army, a report said in July this year.

The LCH comes armed with a cannon, which is mounted below its nose. It is capable of piercing light armour with a thousand 20-millimetre bullets each minute. It also carries 70-millimetre rockets on pods on either side.

It can also be armed with air-to-air missiles to target slow-moving aircraft and anti-armour missiles to destroy tanks and armoured personnel carriers.

MBDA's Mistral air-to-air missile has been test-fired from the LCH, and the HAL has procured and integrated Mistral-specific launchers on the platform.

The Indian Army quietly raised the first squadron of the LCH at Bengaluru on 1 June this year. According to a news report, the squadron will be moved to the Eastern Command, which is responsible for India's borders in the east, including the frontier with Tibet in Sikkim and Arunachal.

The report adds that the Indian Army plans to have seven units of LCH, each with ten helicopters. These units will be raised for deployment in the mountainous areas, including India's frontiers in the Himalayas.

The helicopter has been built to meet the requirements of the Indian military in high-altitude areas in Kashmir, Ladakh and Arunachal.

It has demonstrated its capability of operating in high-altitude conditions during trials not only in Ladakh but also on the Siachen Glacier, often referred to as the 'world's highest battlefield'.

Two LCHs were deployed in Ladakh in August 2020 amid the standoff with China along the Line of Actual Control.

Equipped with HAL's new-generation Shakti engine, co-developed with French engine-maker Safran, the 5.5-tonne helo has been designed to operate at an altitude of up to 20,000 feet.

"During the Kargil War of 1999, there was a need felt for armed attack helicopters capable of operating at high altitude. That's where the LCH fits in," former Indian Air Force chief Fali Homi Major, the only helicopter pilot to become Chief of Air Staff, wrote recently.

The Army is looking at acquiring 95 LCHs, the report adds.