Ladakh: Habitats For 35,000 Troops, Bases For 450 Tanks And 350 Howitzers Built By India As De-Escalation With China On LAC Remains Elusive 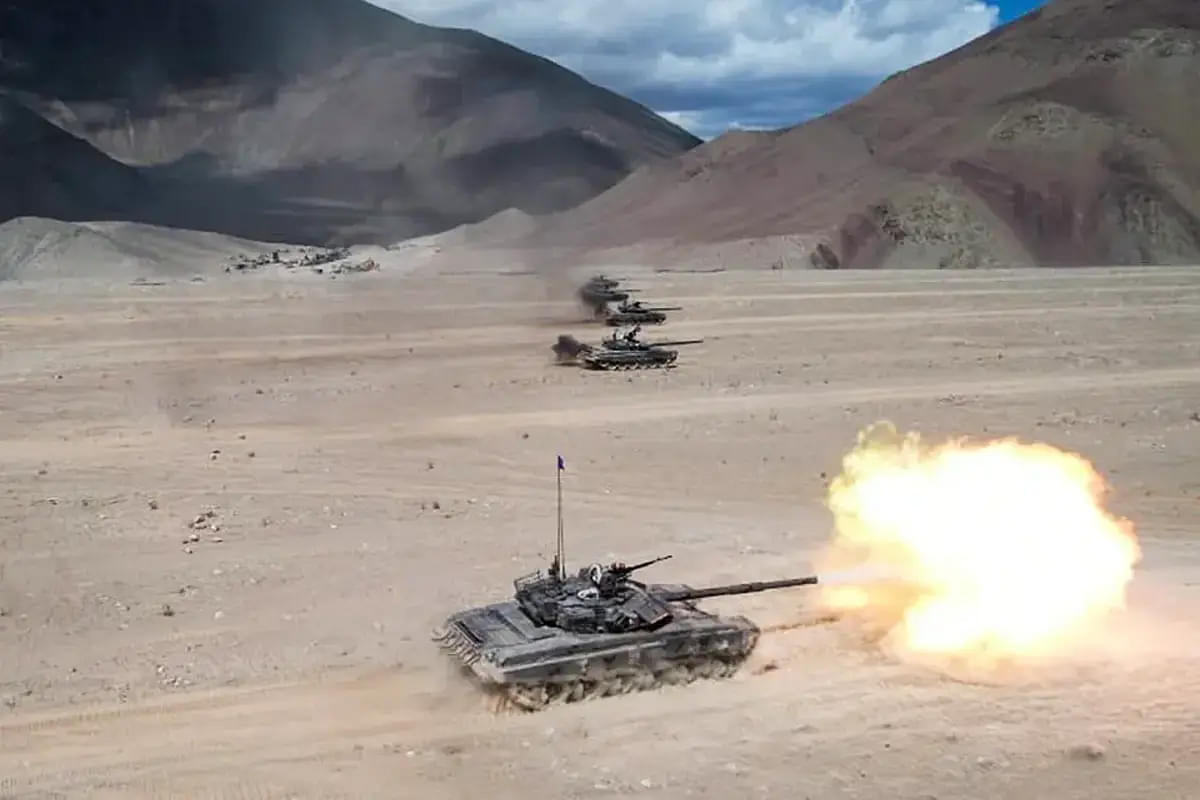 Indian Army tanks fire during an exercise in Ladakh.

The Indian Army has built habitats for over 35,000 troops in eastern Ladakh as de-escalation with the People's Liberation Army (PLA) along the Line of Actual Control (LAC) remains elusive.

Army Chief General Manoj Pande revealed this while addressing the AIMA Convention earlier this month, the Times of India reported.

He added that India had built a "significant level" of border infrastructure in the region, including bases and garages for 450 tanks and armoured personnel carriers, and 350 artillery systems and howitzers.

While India and China have disengaged from the friction points that emerged with the standoff in eastern Ladakh in April-May 2020, troops remain deployed in depth areas on both sides.

Over the last two years, China has undertaken a massive infrastructure buildup on its side of the LAC.

It has built new bases in depth areas to sustain a large number of troops and heavy equipment, including tanks, over the long term.

China has also upgraded its airbases by increasing the length of their runways to eliminate the disadvantages it faces due to high altitude. It has developed new infrastructure, including a bridge over Pangong Lake, to make the deployment of troops faster and easier.

All of this suggests that China is in no mood to withdraw its forces and return to its pre-2020 military posture along the LAC. It has forced India to maintain a matching troop presence on its side.

The situation has led to the increased militarisation of the LAC and could result in 'LOC-isation' becoming a strategic reality.

The LOC-isation of the LAC would not only be costly but also dangerous.

The presence of a large number of troops in close proximity, backed by heavy equipment, increases the chances of inadvertent escalation.

The need for better surveillance and high alertness levels will also add unpredictability to the situation, making it more prone to escalation.

The availability of a large number of troops and equipment along the LAC, coupled with the new infrastructure that it has created, allows China to repeat, at least in theory, its actions of April-May 2020.

Given that the People's Liberation Army has chosen to activate various flashpoints along the LAC, from Arunachal to Sikkim and Ladakh, over the last few years, a repeat can't be ruled out.

It is for this reason that India has emphasised the need for de-escalation during talks with China. But with no sign of movement toward de-escalation, it seems China is inclined to retain the lever.

Moreover, legacy disputes in areas like the Depsang Plains in northeastern Ladakh and Demchok in the southeastern part remain unresolved.

With the PLA trying to shift the LAC westwards, these areas could turn into new flashpoints. Given that a large number of troops are now present on both sides of the LAC, the situation could turn volatile quickly.