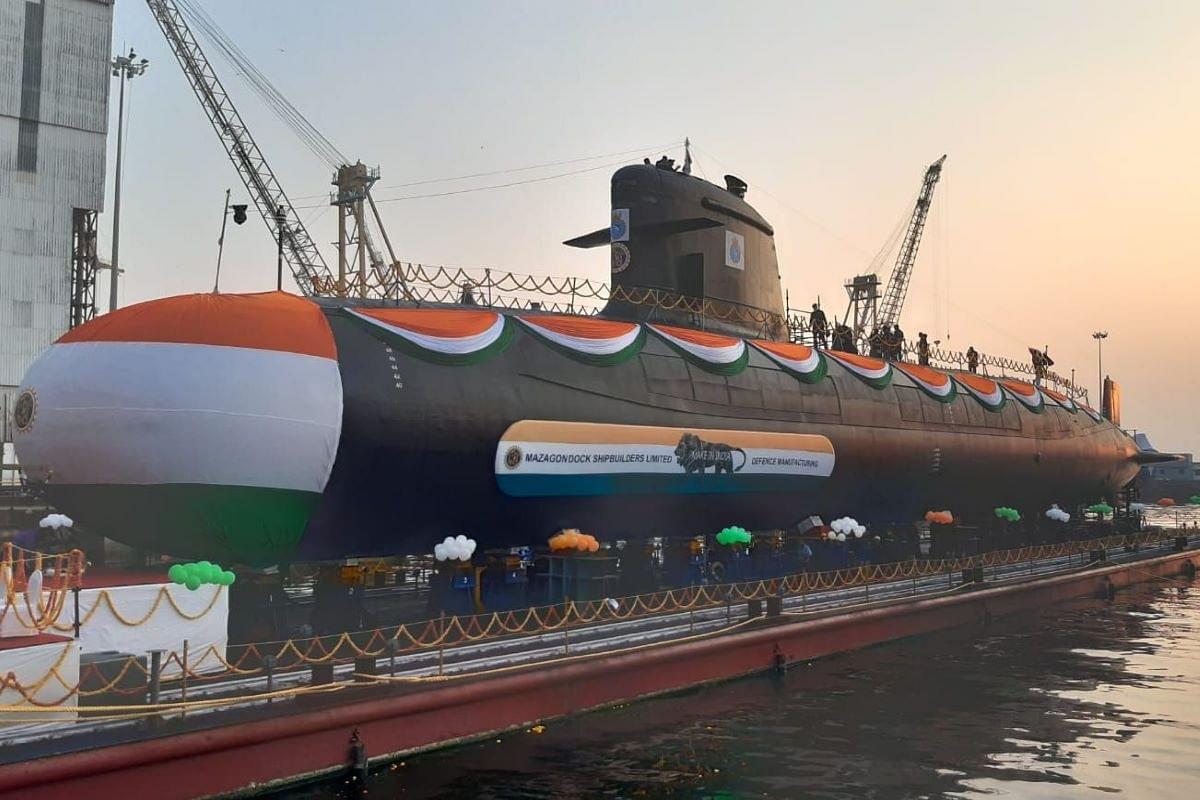 The Indian Navy yesterday (23 January), inducted the fifth Scorpene-class submarine, INS Vagir. With this, only the sixth and the last submarine remains in the production line.

To keep the production line active, the Navy is planning to buy three additional Scorpene-class boats, reported the Hindustan Times.

According to the report, the Navy may soon approach the Defence Acquisition Council for Acceptance of Necessity (AoN), for three more submarines.

These three submarines might also be fitted with the Defence Research and Development Organisation (DRDO)-built Air Independent Propulsion (AIP) system, a contract for which was signed just yesterday (23 January) between the Naval Materials Research Laboratory (NMRL) and the Naval Group.

INS Kalvari, the lead boat of the Scorpene-class, will "soon" be fitted with the indigenous AIP system, the Ministry of Defence said after the agreement was signed.

A deal to make six Scorpene-class submarines was signed in 2005 with France's DCNS (now known as Naval Group), at a cost of $3 billion with full Transfer of Technology (ToT). The deal had an option clause to buy an additional three submarines.

Late Manohar Parrikar, the former defence minister, had suggested the Navy to exercise this option clause to buy more submarines. However, the option clause wasn’t exercised, due to the insistence of the then-navy chief Admiral Robin Dhawan.

Since then, the Navy has not been able to order any more submarines.

The Project-75I, the Navy’s next-generation submarine program has faced repeated delays and is unlikely to move forward anytime soon.

The Indian Navy operates around 16 submarines, seven of which are Russian-made Kilo-class, four German-made U-209 submarines and five latest Kalvari-class submarines (one is in the fitting-out stage).

The numbers will begin to come down again, as the older submarines in service with the Navy currently, will start to retire in the latter part of this decade or early next decade.

These are not enough to look after an area of interest, as large as the Indian Ocean, at a time when Pakistan is set to receive eight AIP-equipped Chinese submarines over the next few years.

The Chinese, on the other hand, are adding multiple warships and submarines to their fleet every year.