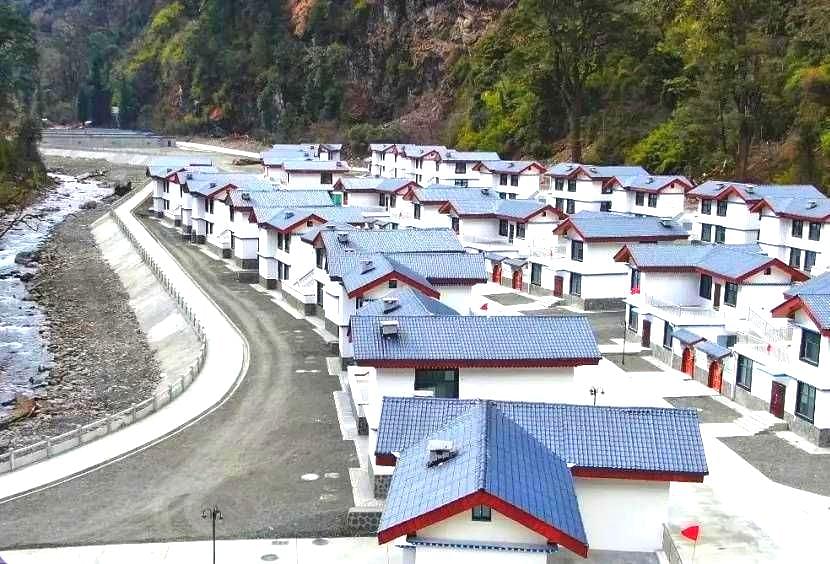 Just days after the conclusion of the Chinese Communist Party’s (CCP’s) 19th Party Congress in October 2017, President Xi Jinping replied to a letter written to him by two sisters from a village in Tibet — a rare response to the flood of correspondence received by the Chinese leader from the public.

The two Tibetan women, residents of the Yumei village in Tibet’s Nyingchi prefecture, a region which lies along the McMahon line and officially includes parts of the Indian state of Arunachal Pradesh, were the only inhabitants of their remote 1,976-square-kilometre settlement along with their father between 1979 and 1996. Between then and 2017, the number grew to 32, and it was their experiences in achieving this feat that the two sisters narrated in their letter to Xi.

In his reply, Xi praised the family’s effort to “protect Chinese territory”, exhorted them and others to continue to defend the “sacred homeland”, and called on more herders to put down roots in the frozen soil of the border areas “like galsang flowers” and become the “guardians of Chinese territory”.

“We will safeguard every blade of grass and tree on the motherland’s border well,” Xi wrote in the letter, without mentioning the threat. But that part had already been taken care of by the head of the village when, in 2015, he said, “Yumai would be occupied by India already if the family had decided to leave”.

The letter and Xi’s response to it was most likely part a choreographed exercise — the story of the ‘two Tibetan sisters who saved the homeland’ was to serve as a model for Xi’s ‘Xiaokang’ (well-off) border villages programme.

In the speech delivered at the 19th Party Congress, just weeks after the end of an unprecedented stand-off between India and China on the Doklam plateau in Bhutan, Xi had dropped hints of what was to come as he mentioned “border areas” and “minorities” multiple times, promising to “accelerate development and improve defences and ensure stability and security.”

Later that year, the local CCP apparatus in Tibet launched the “xiaokang [well off] villages” programme, under which 628 villages were to be developed along China’s frontier with India in Tibet, stretching from the Ngari Prefecture bordering Uttarakhand and Himachal to Nyingchi opposite Arunachal Pradesh.

There are 62,160 households in these villages, spread across 21 Himalayan border counties and home to around 241,850 residents.

These villages, inhabited by people loyal to the CCP, were intended to serve as buffer with India and improve Beijing’s control over these remote areas.

The CCP has made no secret of the construction of villages along the Himalayan frontier with India or the aim it wants to achieve with it.

In 2018, Zhuang Yan, deputy secretary of the Party Committee of Tibet, said that the border villages were being developed to ensure ‘consolidation of border areas and border security’. Zhuang also serves as the chief commander of the construction work headquarters of Xiaokang villages.

The use of civilian resources such as herders, farmers and fishing vessels for achieving military aims on land and at sea has always been part of China’s doctrine. In the past, it has used herders and grazers, dependent on the People’s Liberation Army (PLA) for access to grazing pastures, to advance territorial claims in eastern Ladakh. It used the the same tactics in the South China Sea.

But unlike nomadic herders, these villages will serve as permeant watch posts for the PLA. The inhabitants of these villages, whom the CCP calls the “defenders of sacred land and constructors of happy homes”, will be additional eyes and ears for the PLA in areas where India and China have overlapping claim lines.

Although this is not unique — communities living along India’s 3,488 kilometer long frontier with China have also played their part in upholding sovereignty, it is perhaps the first time a country has tried large scale relocation of population to its border areas to assert its territorial claims.

To attract its loyalists and cadre, the CCP is investing in the construction of infrastructure such as road network and power grid. Around 30.1 billion yuan or nearly $4.6 billion were earmarked in 2017 for the construction of new homes and infrastructure for transport, energy, water and communication and facilities for education, health and culture under the programme.

Much of this infrastructure, including roads, would be of use for the PLA too.

Apart from amenities rivalling Tibetan towns, the inhabitants of xiaokang border villages will also be eligible for attractive economic incentives.

“...the status and salaries of these village-level cadres [of CCP] will be higher than the average level of those in other villages of TAR [Tibet Autonomous Region],” Jayadeva Ranade, one of India's foremost China-watchers, writes, citing a report.

The project has received consistent attention from the CCP's top echelons.

In 2018, Che Dalha, the chairman of the Tibet Autonomous Region, visited the Yumai village, home to sisters who wrote to Xi, to take stock of the construction of the border village. In August 2020, only a few weeks after the clashes between the Indian Army and the PLA in eastern Ladakh’s Galwan River Valley, China’s Foreign Minister and State Councillor Wang Yi made a visit to border areas in Tibet to inspect “infrastructure building and the construction of villages”.

A large number of these ‘well-off’ villages have already been completed.

The new Chinese village in Arunachal Pradesh’s Upper Subansiri district, which recently made headlines, has been built under this programme. While the area where the village has come up is part of the Indian state of Arunachal, it has been under Chinese control since 1959.

Satellite images show that over 100 new structures have been built in the village, which is located on the banks of the River Tsari Chu.

The Chinese village of Pangda, which was in news last year, has come up 2.5 km inside the Bhutanese border near Doklam. It is one of the 628 xiaokang villages.

Some of the people being settled by Beijing in these villages are not ethnic Tibetans but Han Chinese, the majority ethnic group in China. Settling Han Chinese not only helps China dilute the Tibetan culture, which is inseparable from Tibetan Buddhism and the Dalai Lama, in these villages but also rule out any significant trouble from ethnic Tibetans during a border conflict with India.

And then, if that wasn’t bad enough, the thinning population in the border villages on the Indian side, a phenomenon observed widely in states like Himachal and Uttarakhand, has exacerbated the problem for India.

In Uttarakhand alone, over 180 villages in the state’s three districts bordering China —Uttarkashi, Chamoli and Pithoragarh, have vanished. At least nine of these villages are located within an aerial distance of 5 km from the border.

Increasing number of uninhabited villages on the Indian side of the border may create more space for China to assert its expansive territorial claims even as it consolidates its gains by constructing new villages on the disputed territory.