All You Wanted To Know About The Real Estate Bill 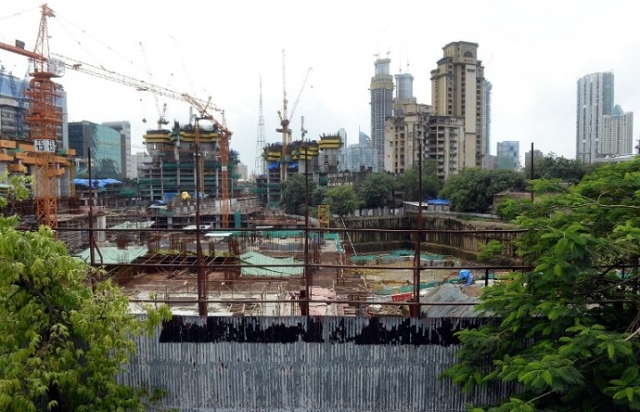 On 9 December, 2015, the union cabinet led by Prime Minister Narendra Modi approved the Real Estate (Regulation and Development) Bill, 2015, as reported by the Select Committee of Rajya Sabha.

In May earlier this year, the bill had been sent to a Select Committee of the Rajya Sabha. The union cabinet has accepted all the suggestions made by the Select Committee. The Bill will now be put up before both the houses of Parliament.

The Rajya Sabha Select Committee on the Bill met real estate consumers and this is what it had to say in its report:

These consumers were unanimous in their submission that they have no means to know about the real status of the project for example whether all the approvals have been obtained, who is holding the title of the land, what is the financing pattern of the project and what has been the past record of the builder etc.? As a result, they invested their money without having any information about the project. In many cases, they were not given what was promised to them and in almost all cases the project was delayed.

Projects with the area of land proposed to be developed exceeding five hundred square metres or where more than eight apartments are to be developed, need to be registered with the real estate regulator of the state they are based in.

Over and above this an authenticated copy of the approvals and commencement certificate from the competent authority also needs to be submitted. Other important details like land title, the layout plan for the proposed project, the location details of the project, also need to be submitted to the regulator.

At the time of booking and issuing an allotment letter to the buyer, the promoter needs to make available to the buyer, the time schedule of completion of the project, including the provisions for civic infrastructure like water, sanitation and electricity.

Many real estate companies over the years have sold homes without the basic amenities in place. In some cases, housing societies have even lacked a water connection and have needed to get water delivered through water tankers almost on a daily basis for years. The Real Estate Bill hopes to correct this. It also hopes to correct the information asymmetry that prevails in the sector up until now.

A major problem with the sector has been a delay in the delivery of homes. One of the major reasons this happens is because real estate companies announce a new project, raise money and then use that money either to complete an earlier project or pay off debt.

This has led to a situation where many projects have been delayed endlessly given that the trick of starting a new project and raising money doesn’t seem to be working anymore. The Bill seeks to correct this situation. The real estate promoter needs to maintain 70% or “such higher percent, as notified by the appropriate government” of the amount raised from the buyers of homes, in a separate bank account.

This money can be only used for the cost of construction and can be withdrawn by the real estate promoter in proportion to the percentage of completion of the project. This is one of the major clauses in the Bill and if implemented correctly can bring huge relief for the buyers. Further, up until now the buyer while buying a home had no clue about what exactly was the area that he was paying for. The Bill defines the term carpet area exactly as –

Again, if implemented well this clause can bring huge relief to home buyers.

Real estate agents will also need to register with the regulator. This is another good move where not anyone and everyone will jump into become a real estate agent or a broker, as is the case currently.

Also, currently the real estate promoters keep changing the plans as they keep building the project. Once the Bill becomes an Act, this may no longer be possible. Any alterations to sanctioned plans, layout plans and specifications of the buildings or the common areas within the project will need written consent of at least two-thirds of the buyers other than the promoter, who have bought apartments in the building.

This is another buyer friendly measure. On a jovial note what this means is that real estate promoters will have to stop advertising all those swimming pools which are planned at the time a project is launched but never get built.

Further, if the promoter violates any one of the provisions under section 3 of the Bill he shall be punishable with imprisonment for a term which may extend up to three years or a fine which may extend up to a further 10% of the estimated cost of the project, or with both. Section 3 of the Bill basically deals with the real estate promoter having to register with the real estate regulator before launching a project and then following a series of buyer-friendly steps.

Postscript: The Rajya Sabha website has uploaded the Select Committee’s recommendations as well as the Real Estate Bill in a scanned format instead of uploading the proper report.

If Digital India is the way forward this is clearly not done. Information needs to be made available to everyone in the most accessible way. Hope the concerned authorities are listening.