Budget Hike In Gold Import Duty: A Recipe That Will Increase Smuggling Of The Precious Metal 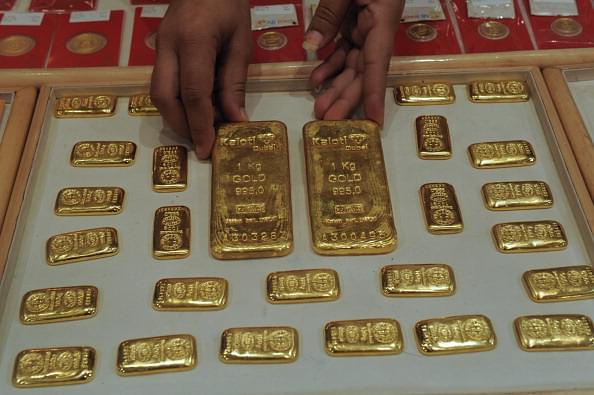 An Indian saleswoman arranges gold bars at a jewellery store in Ahmedabad.

Finance Minister Nirmala Sitharaman’s maiden Budget presented in the Parliament today (Friday, 5 July) has a proposal that has been contrary to what most were expecting --- a hike in customs duty on gold imports.

In fact, the Finance Minister has raised the duty on all precious metals, which could prove to be unpopular among women who love jewellery. The Budget proposes to increase customs duty on gold to 12.5 per cent from 10 per cent. This proposal also covers all forms, including unwrought and unrefined gold.

Similarly, Sitharaman has proposed to increase import duty on all forms of silver by a similar margin besides platinum, a precious metal that is gaining popularity of late. The Budget also plans to impose a 12.5 per cent tax on all precious metals.

In terms of actual rise in cost for a person buying jewellery, the proposal may not pinch much. For example, if a person is buying gold jewellery with gold priced at Rs 33,000 per 10 grams, then he/she would be paying an additional Rs 825.

But the move has other undesirable consequences such as encouraging smuggling. For a country that had enjoyed an import duty of four per cent on gold imports in 2011, the 12.5 per cent is seen as a huge difference.

The Finance Minister could have raised the duty to net additional revenue but probably, it could stand to lose more. A lower duty will always see better compliance. The fact that India is one of the largest consumers of the yellow metal would mean the government could have looked at enhanced revenue. Maybe, a two percentage point cut could have done the trick.

Smuggling only denies the government its revenue. For India, the other problem is that while its agencies have to pay a premium to buy gold, countries in West Asia, particularly the United Arab Emirates, get the yellow metal at a discount. Thus, a person smuggling gold into the country has a lot to gain.

Besides smuggling, the higher duty can also lead to under-invoicing of consignments, again depriving the government of precious revenue.

Probably, Sitharaman was looking to discourage gold imports and tap the huge amount of gold available in various forms such as jewellery and gold coins across the country with individuals, trusts and temples. But the country lacks a good policy on gold, to tap the idling precious metal.

It is unfortunate that the Finance Minister has chosen to hike import duty on gold that would only further fuel smuggling rather than rein it in through lower duty or other such measures. Probably, a new policy on gold, which will also promote the precious metal as an asset, is in the offing but it will be better for the government to come out with it without any further delay.