Covid And Indian Aviation: More And More People Are Taking To The Skies But Contraindications Remain 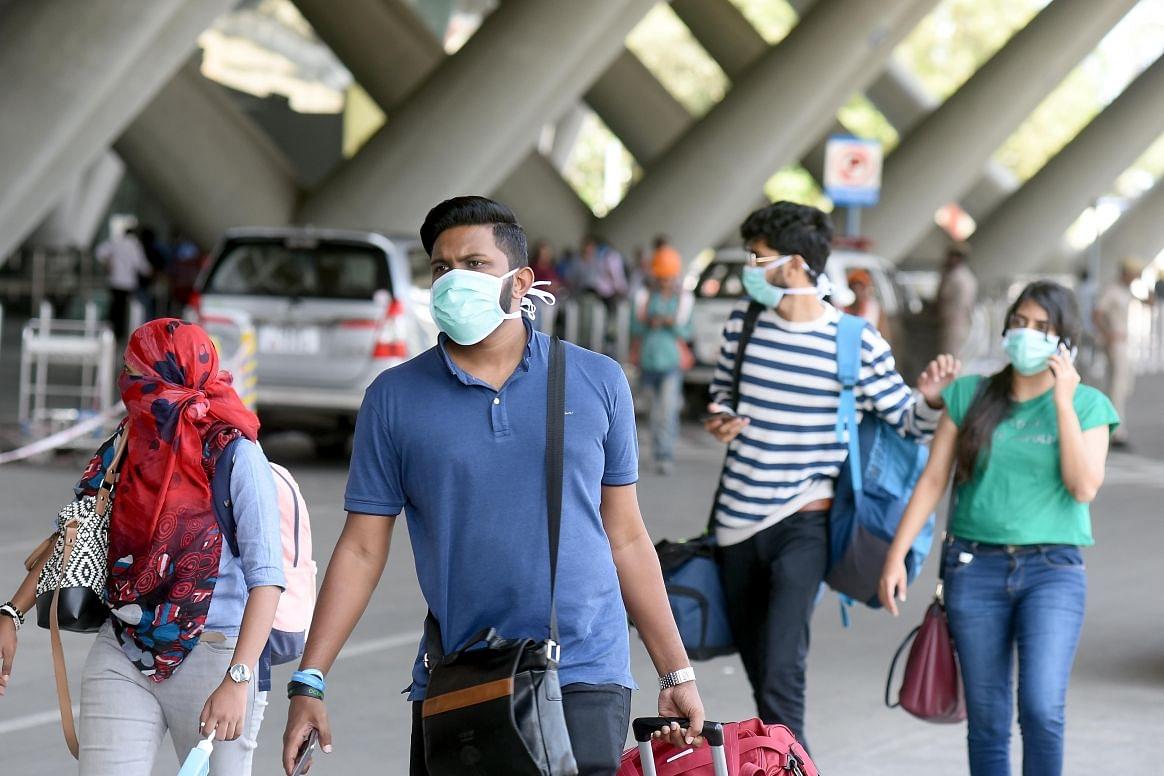 As the vaccination programme gains traction with about 2.5 million doses administered each day and certain to go up from the first week of April, confidence and sentiment is trending upwards.

Each day brings with it the announcement of a new set of economic metrics whether it is the forecasts for gross domestic product or GDP (some now pegged north of 10 per cent for financial year 2022 or FY22) or consumption profiles or the stock market that continues to see new highs and elevated valuations.

Viewed through an aviation lens, the indications are positive. Airports are witnessing increasing activity, airlines are adding capacity and passenger volumes are now crossing 3 lakh per day.

Put simply, folks are flying against a backdrop of reduced capacity on rail, perception of safety of flight and pricing. Yet examined closely one sees several contraindications. All of the travel may be a reason not to travel.

Travel demand has been inching upwards on the back of testing, quarantine and passenger responsibilities. But the conformity ranges from varying degrees of compliance to identification.

Images across airports clearly indicate that social distancing is almost non-existent. This should be a cause for much concern. Because if each unplanned interaction is classified a random risk, and thus the overall travel experience still aggregates to significant randomised risk.

Thus isolating parts of the travel journey and confirming it to be safe does not quite work. It seems that the distribution and delivery of the vaccine is conflated with the end of the pandemic. If that’s not bad enough, the segment of population being vaccinated and those that are travelling and moving around are distinctly different.

As far as travel is concerned, the pandemic is equally about how people feel as compared to what they do.

For instance, while business travel remains muted at 20 per cent to 30 per cent of previous levels, airport lounges are full. The anomaly is explained by several factors including the reporting times for a flight, psychological safety of a lounge in the current environment and the fact that connecting passengers at some airports have to wait six to eight hours for test results.

So this occupancy does not quite indicate that business demand is booming — it is quite the opposite.

Looking at passenger volumes across cities, one clearly sees that holiday destinations such as Leh, Srinagar and Goa have strong footfalls while others such as Thiruvananthapurm, Aurangabad and Varanasi have extremely low volumes.

The obvious explanation: pent up demand and folks that just love travelling. But layer this with policies adopted by respective states and a very different picture reveals itself. The very states that have strong footfalls also have policies that are not as strict. These may not necessarily be conducive to containing the spread of the virus.

Examining policies adopted by states what also comes across is how the virus containment strategies are markedly different. Domestic air travel that depends on collectively agreed upon, universally accepted and uniform standards then faces an atmosphere where standards are individual and non-standard.

This translates into demand dynamics. For instance, while states like Tamil Nadu and Kerala require an e-pass, other states such as Uttar Pradesh and West Bengal require RT-PCR tests for travellers from select states; Chattisgarth is profiling arriving passengers while Odisha requires Antigen tests; Meghalaya and Gujarat require an RT-PCR test to be taken 72 hours prior to arrival while others such as Delhi, Bihar and Goa don’t have any test requirements.

In all cases the requirements of screening, quarantine and the obligation of the passenger vastly vary. Ironically, it is the arrival that matters but the focus is on departures.

As far as travel is concerned, the medium term demands caution. Because as it stands, cases are rising and whether a state is doing well in containing the virus or if it is seeing a large rise in cases — the policy decisions converge.

In that — states that are doing well in controlling the spread don’t want an influx of passengers via airports and thus will lean towards stricter arrival formalities. Those that are not doing well in controlling the virus will also want stricter formalities. All this while the population within and across these states continues to move around freely using means other an air-travel.

Trains are plying with almost non-existent testing at railway stations. Same is the case with road travel. Thus the testing for a certain segment of travel that takes to the skies it is partially effective at best and may very likely be a cause for concern.

Finally, looking at the context of travel demand interesting patterns emerge. Road trips that were the rage have made for a class of travellers who now want variety; continued closure of international skies is manifesting itself in high yield domestic demand in certain holiday towns; and several companies with the use it or lose it policy are witnessing folks taking to travel to burn off the days.

As the country heads into the April to June quarter that is the busiest period for travel, it seems that the focus has shifted from tracking the virus to tracking metrics that may not matter as much.

Overall, India has done exceedingly well with the vaccination drive and has a lower number of deaths. At some point a combination of herd immunity, natural immunity and vaccination will do the trick.

A recent report by HSBC includes a scenario that suggests that if India can manage upto 5 million jabs a day, this could lead to 50 per cent of the population being vaccinated by the end of the year. Couple this with the fact that 20 per cent of the population already has antibodies and one can see some light at the end of the tunnel. But till that time, in spite of more folks taking to the skies — contraindications remain.

Satyendra Pandey is an India market expert and has held a variety of roles within the aviation business. His positions include working as the Head of Strategy and Planning at Go Airlines (India) and with CAPA (Centre for Aviation) where he led the advisory and research teams. He is also a certified pilot with an instrument rating.