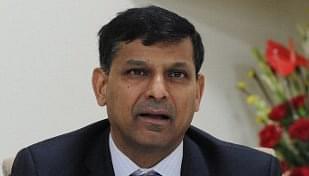 It is an anti-market, anti-freedom, and a grossly unfair mechanism. Cutting repo rate would have done nothing to the economy for at least three quarters

Central banks, much like governments of socialist nations, are also institutions of central planning, albeit in a different form. In managing monetary policies, these institutions control the volume of money and credit in the economy. By lowering interest rates, for example, central banks stimulate borrowing, which leads to greater investments and production. By increasing interest rates, it precipitates the opposite effect.

A central bank, by virtue of its overarching control over interest rates, can thus indirectly affect our standard of living. It should, therefore, be no surprise that central bankers are not particularly seen as trustworthy people by those who know well the pitfalls of central planning.

In a market-determined interest rate system, higher rates simply reflect higher demand for borrowing. Allowing rates to be high ensures that the remaining funds are only directed to businesses that are efficient and have the potential to be successful. In other words, it naturally allocates financial resources to the most productive uses, which can justify the high cost of credit.

But in an artificially lowered interest rate environment (and by artificial, I mean those controlled by central banks and not determined by the market, that is the level of savings and borrowings in the banking system) businesses — even those that are relatively inefficient — are falsely encouraged to borrow more. This ends up diverting funds from more productive uses to less productive ones. In Austrian business cycle theory, such misallocation is called “malinvestment”.

It is in this context that we should laud the Reserve Bank of India’s recent decision to cut the Statutory Liquidity Rate (SLR) by 0.5 per cent to 21.5 per cent. SLR is the percentage of total deposits that commercial banks are required to park in government bonds. If this rate is 21.5 per cent, it means these banks cannot lend that much percentage of their deposits to the private sector. They have to lend to the government to fund their profligate spending practices.

It should not be difficult to comprehend that such mandatory lending conditions imposed on commercial banks are unfair to them. For one, the return that banks get from investing in government bonds is considerably lower than the return they would have received by lending those funds to the private sector. Secondly, the SLR acts much like an automated teller machine (ATM) for the government to increase public spending. By mandating lending to the government through the SLR route, the government effectively uses the RBI to direct funds to its own coffers.

While the RBI reduced SLR, it chose not to reduce the repo rate — the floor rate below which interest rates across the country do not go — like it did in mid-January. This is because it takes a while before the change in repo rates show effect. As RBI Governor Raghuram Rajan said, “Monetary policy is a long-term process. It works in long and variable lags. In India, it’s approximately three quarters. That means if we cut rates, we do not do anything for three quarters.”

But a deeper reason may also have to do with the distortion in interest rates that SLR causes. Banks have limited deposits. When they are forced to lend a certain percentage of those deposits to the government — which can then splurge in wasteful expenditures or use those funds to bridge fiscal deficit — at lower rates, the lending rates for private sector naturally rise.

In this context, a cut in repo rate would have proved largely ineffective. It would not have decreased the overall rates in the economy. But phasing out the SLR, which Rajan seems to be doing, is a step in the right direction.

SLR is an anti-market, anti-freedom, and a grossly unfair mechanism, which has financially repressed India’s banking system for long. To be sure, a lower SLR may still not lead to higher credit in the absence of economic recovery. Businesses may still not afford to borrow and invest at present. But at least it will give banks more leeway in terms of choosing where to lend.