Explained: The Six Key Issues That Have Made The India-US Trade Deal Elusive 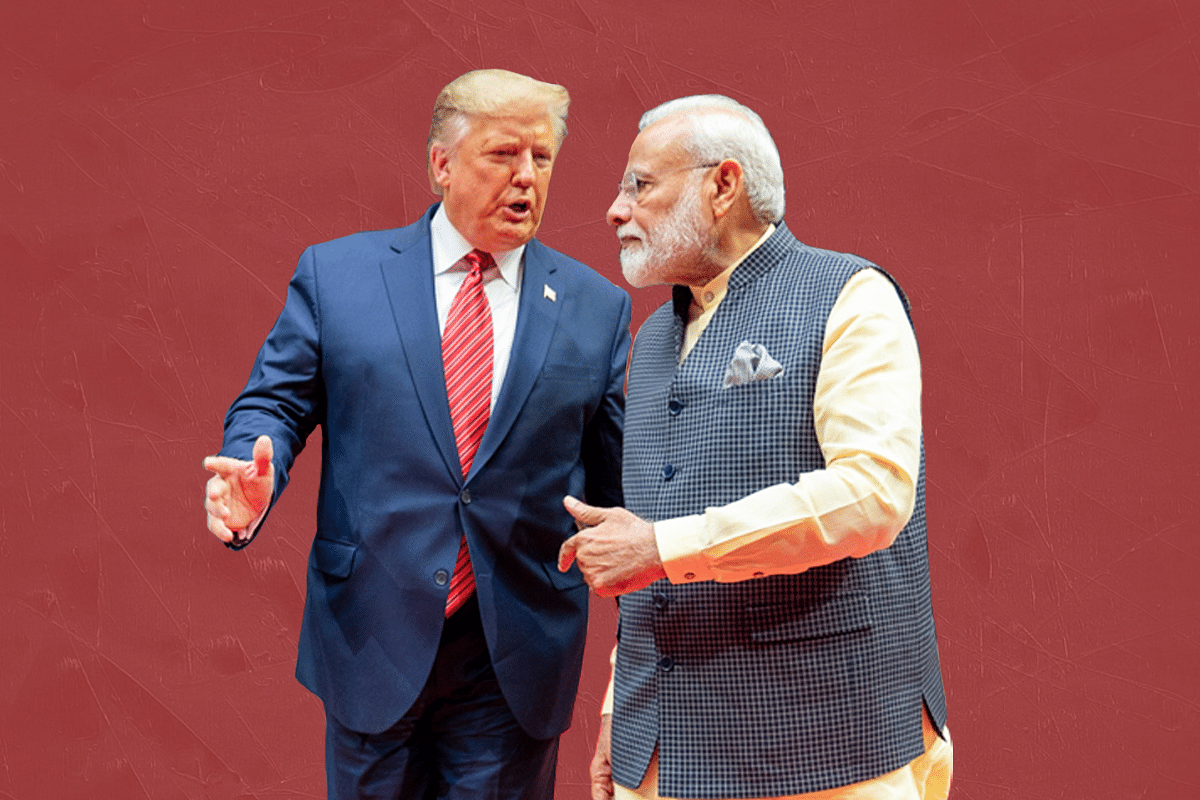 Earlier today, US President Donald Trump arrived in Ahmedabad with a large entourage, including some of his closest advisors, but without one key cabinet member — Robert Lighthizer, the US Trade Representative. Lighthizer, who Trump calls his “negotiator”, had put off his trip to India earlier this month as well — according to this report, he was expected to be in India on 13 February.

Clearly, trade talks haven’t been progressing in the direction the US wants, and a deal between the two countries is highly unlikely during Trump’s visit.

If a deal is not signed, it wouldn’t be the first delay — a deal was expected in September last year during Prime Minister Narendra Modi’s visit to the US but couldn’t be signed due to differences on some key issues. Talks have continued nonetheless, but these issues continue to make the deal elusive.

India enjoys a trade surplus with the US, which has been less than one tenth of the US’ trade deficit with China over the last few years. Given its small size, this trade deficit wasn’t a priority issue for the US in the past. However, Trump’s fixation with deficit has made this one of the critical issues in India-US trade ties.

The two countries have also been sparring over tariffs. The situation worsened when the Trump administration, in 2018, imposed tariffs on steel and aluminium imports from multiple countries, including India.

Then, in April 2019, US removed India from the Generalised System of Preferences (GSP) programme. Under this programme, nonreciprocal, duty-free tariff treatment to certain products imported from a designated country, in this case India, was taken away. This move adversely affected India’s exports to the US worth $5.6 billion.

Responding to these moves of the Trump administration in June 2019, India imposed tariffs on 28 items imported from the US. The tariffs imposed by the two countries remain in place and have become a contentious trade issue.

This is an irritant for India as the share of GSP exports in the total Indian exports to the US in those products has more than doubled since 2008.

The differences between India and the US on agricultural and dairy products pre-date the Trump administration and are “among the most difficult to resolve” despite these forming a very small component of the trade between the two countries.

The problem, however, appears to have worsened under the Trump administration. When India retaliated in 2019 against US’ tariffs on steel and aluminium and removal from the GSP programme, it targeted agri products such as apples, peas, wheat, almonds, walnuts, cashews and chickpeas imported from the US.

“India imposed a retaliatory tariff of 20 per cent on walnuts, in addition to a 2018 global duty hike of 100 per cent. US walnuts now carry a duty of more than 120 per cent in India, according to the California Walnut Board and Commission,” a report says.

On the dairy front, the US says its farmers find it difficult to sell their products in India because India requires the products to be “derived from a dairy cow that has been fed a vegetarian diet for its entire life.” India defends this requirement citing religious and cultural elements, as the cattle in the US are “fed with feeds that contain internal organs, blood meal and tissues of ruminant”.

As Swarajya’s Executive Editor, M R Subramani, explains here, if animal tissue is fed to cattle, there are chances that it can develop mad cow disease, which sometimes, can affect humans in the form of Creutzfeldt-Jakob disease, which is fatal.

Moreover, 80 million households in the country are involved in the dairy industry and allowing dairy imports could turn into a controversy.

Indian dairy farmers had also opposed the proposal of opening up the dairy space under the Regional Comprehensive Economic Partnership deal, which India eventually didn’t sign.

Indian negotiators, reports say, have also cited these issues, which continue to be one of the major stumbling blocks towards a possible deal.

Service trade is one of the areas where India is extremely competitive. Professionals from India, specially from the IT sector, work around the world. Therefore, access to the US’ services market is critical for India.

In 2018, of the top 10 companies that had H1B-approved petitions, four were Indian. The proportion of approved H1B petitions from India has gone up from under 40 per cent to more than 70 per cent over the last 15 years. However, in recent years, tensions have emerged on this front too.

Among the major issues for India on this front is visa processing delays and the increased rejection rates under the Trump administration. In 2019, a study done by the National Foundation for American Policy, based on data from the US Citizenship and Immigration Services, showed that denial rates for new H-1B petitions increased from 6 per cent in 2015 to 24 per cent in the third quarter of fiscal year (FY) 2019-20. The denial rate never exceeded 8 per cent between FY 2010 and FY 2015.

If Indian companies working in the US are unable to take Indian professionals in sufficient numbers, they will have to hire onsite, which the credit-rating agency, ICRA (Investment Information & Credit Rating Agency) says will impact their margins.

Not just this, US has also been seen as weaponising the H-1B visa option. In 2019, reports said US government had informed India that it is considering capping H-1B visas for countries that were insisting on data localisation. More on this later.

India also objects to some US laws passed in 2010 and 2015 that have resulted in “higher fees on companies with more than fifty employees if more than half of those employees are in the United States as non-immigrants”. India has moved the World Trade Organisation on this issue and a dispute is ongoing.

With services being one of India’s most competitive exports, these issues have added many more irritants to the India-US trade relations.

In 2018, based on the recommendations of the Justice Srikrishna Committee, the Reserve Bank of India (RBI) has made it mandatory for fintech firms to store payments data of Indian citizens within the country. Under the rules put in place by the RBI, the data generated in India has to be stored and processed in local servers.

With more and more Indians gaining access to smartphones and the Internet, the country is set to produce unparalleled amounts of data. According to real estate and infrastructure consultancy, Cushman and Wakefield, around 40,000 petabytes of digital data was produced in India in 2010, and by 2020 it is likely to shoot up to 2.3 million petabytes, growing twice as fast as in other countries.

With data being dubbed as the “new oil” and “new gold”, India sees value in data localisation. The US, however, sees it as a significant barrier to digital trade.

The US has objected to India’s decision on data localisation and it has done so in support of US-origin firms that are operating in India. It wants India to eliminate trade barriers for American companies to cut the cost of doing business in India.

Foreign firms are unwilling to comply as it would require them to spend money on infrastructure in the form of servers and buildings, and, of course, on employing local professionals to manage it. This will add to their operating costs. By some accounts, costs may go up by 10 to 50 per cent for some players.

(Read: What is data localisation and why is US against India pushing for it?)

The US also has concerns on India’s e-commerce policies and data protection bill introduced in Parliament in December 2019. On e-commerce, the US is not impressed with India’s policy of not allowing foreign investment in platforms that sell directly to consumers. India’s push for a market-based model instead of the inventory-based model for e-commerce is a friction point between the two countries.

Indian policy prohibits companies like US-origin Amazon from selling products from companies in which they have an equity interest.

On India’s Personal Data Protection Bill, 2019, which is similar to the European Union’s General Data Protection Regulation, US-based stakeholders, mainly multinational tech companies, believe it will give New Delhi leverage over them.

Nisha Biswal, president of the U.S.-India Business Council, has criticised the bill for “reaching into other areas, such as liability of social media intermediaries, that she thinks should be handled in a separate legislation.” The bill has also been perceived as judicial overreach and stakeholders believe it adds layers of regulatory obligations.

“The text of the bill largely appears to be a crude amalgamation of provisions in the GDPR with authoritarian leanings,” a report in the Lawfare blog says.

Despite pressing trade issues, President Trump has found time on multiple occasions to mention India’s “very high” tariffs on motorcycles, which for some models of Harley-Davidson is around 50 per cent. The US has said that India’s duties on Harleys makes the bikes too expensive for Indian consumers.

Given Trump’s obsession with this issue — he raised it with Modi himself apart from speaking on this issue on multiple occasions — India has lowered duties from 75 per cent in 2017 to 50 per cent in 2018 for the expensive models.

Harley-Davidson has set up an assembly plant in India for its less expensive models. Import of unassembled parts is subject to lower duties.

But, it seems, this isn’t good enough for Trump.

The US has also had issues for many years on India’s custom duties on medical devices. The issue was exacerbated in 2017, when India decided to impose new price controls on coronary stents and knee implants.

Like the dairy groups, US’ trade association of medical device manufacturers —AdvaMed — petitioned against India’s eligibility for the GPS programme and also testified against India’s measures at a public hearing.

Most of the global stent players are based in the US. India isn’t their biggest market, but is still significant, and is likely to grow. India accounts for $ 220 million of the $7.6 billion global stent market, which is projected to grow to $13.9 billion by 2025.

In India, the number of patients who underwent heart procedures with stents rose by 43 per cent after the prices were slashed, reports suggest. While only 40.7 per cent of the patients could afford the procedures in 2013, the number rose to 71.3 per cent in 2015 after the price of the stents was slashed. Reports also say that the price control has made the domestic stent players more competitive.

This makes it tough for India to relent on the issue.