Explained: Why Mobilising Funds Through Overseas Sovereign Bonds Is A Good Idea 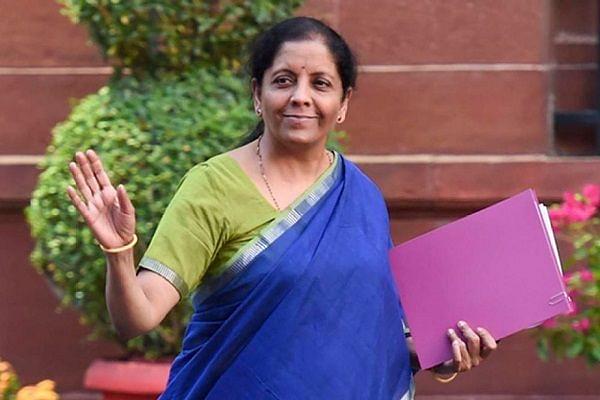 India is the fastest growing large economy. To keep up growth and lift large sections of population out of poverty we need investments. Also, we have set out on building an ambitious social security architecture — Ayushman Bharat, Krishi Samman Nidhi, pension for the unorganised sector etc — over the last few years whose bills keep increasing.

On top of this, we have the non-performing assets (NPA) saga plaguing our banks that will put many saas-bahu operas to shame. If the government borrows from local financial markets and banks, those monies won’t be available for the private sector, what economists call the “crowding out” effect.

So government needs money, but is sort of in a bind about borrowing from inside India. So the idea of borrowing from outside India through sovereign bonds in foreign currencies was proposed by Finance Minister Nirmala Sitharaman in the Union Budget this year.

$10 billion was supposed to be raised through dollar (and may be other currencies) denominated bonds. $10 billion comes to around 10 per cent of the total government-borrowing plan. It is a small amount by any measure. So why is all the hullabaloo? There are many reasons — some of them are in good faith and some of them not so good.

Let’s look at the not so good bit. First reason can be explained in a single word — pusillanimity. We can send a rover to the moon, be the fifth largest economy, have our people running the largest companies in the world, but some people and organisations in India suffer from extreme inferiority complex. They think that our economists and bureaucrats would not have thought through the ramifications of what they are doing. Worse, they think of themselves as the knights in the shining armour saving India from educated people.

Second, related to the first in many ways, is another p-word, paranoia. They are afraid of what white people will do to us. The Manch is doing a Munch . They wonder about how by buying foreign bonds Western powers will dictate terms to us. Explain to them that it is just $10 billion or that it is not an International Monetary Fund (IMF) loan with conditionalities, they won’t listen. The same people that speak a lot about our ghulami never seem to shake off their colonial hangover.

Third is another p-word, perfidy. There are a few analysts and commentators that want the Modi government to fail. Their irrelevance is gnawing them. Their election predictions went for a toss. They are sly in expressing their solidarity with the paranoid only to see the house burn. If the government’s plan does not go through, we might be staring at an economic mess, which would suit their political ends.

Fourth, is the simple understanding (ok, the p-word is perception). Many fine commentaries have been written on how the foreign bonds are a good thing. You can find a couple here and here. They clearly argue how world’s saving excess can be directed to India for our development needs. But the critics don’t read or don’t understand. The counters are usually of the aforesaid paranoia or about historically the ‘foreign vultures’ have been hovering around India since the 1990s.

Now let’s look at some good faith arguments. First, there are people that worry if this would become a habit. Fair point. We got into this in the first place because we did not disinvest properly, we let the NPA crisis fester for too long and our tax structure is unattractive among Asian countries for investment. Thus foreign sovereign debt could just be a palliative when we embark on the hard stuff. It could also help in establishing yield curves for sub sovereign Indian bonds to borrow easily from outside.

Second, it is a nice escape route from sorting our internal fiscal mess. The obfuscation of our actual fiscal deficit is unacceptable. Over the last decades, many committees on financial sector reforms have been constituted. They have to be studied with seriousness again and the government should come forward with a bold plan. A $5 trillion economy won’t happen on top of archaic financial systems.

Third is the comparison with Latin American countries, the volatility issue and “the tail wagging the dog”. This debate between erudite former Reserve Bank of India governors, Messers Bimal Jalan and Raghuram Rajan, with the former backing and the latter opposing the move must be read. Both have concluded that the small amount of foreign borrowing can do no harm.

Jalan has gone on to say, “at the moment we are in a fortunate position. Our debt to GDP ratio is not very high, exchange rate is stable, and foreign exchange reserves are high. So foreign borrowing, if it’s long term, which it would be, is not a problem… Our growth rate is good, investment is good, technology is good. So I have a positive view.”

If you want to be a superpower, you have to start behaving like one. Many of the arguments against the issue of the foreign currency denominated bonds are not based on economic theory or logic. They are born out of the demons of fear. They have to be slayed.