FM’s Big Bank Theory Welcome, But It Is Just One Part Of The Puzzle 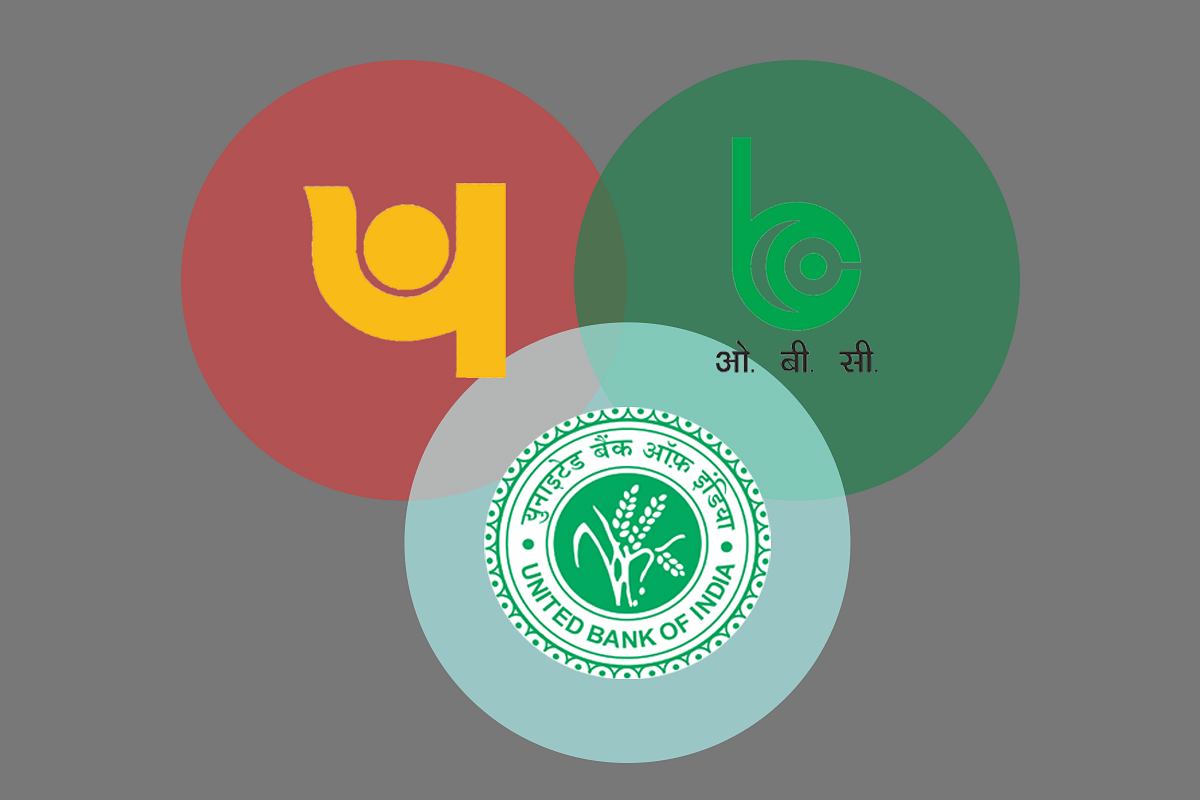 Logos of the three banks merged by the government recently.

Full marks to the minister for her extensive consultation meetings combined with the two back-to-back policy announcements. While the first focussed on financial sector reforms combined with addressing major concerns of different sectors, the second set of announcements by her were big-bank reforms.

Within 45 minutes, we saw 10 banks effectively become four. The fact that the official process is long – and details are still being worked out – is a separate issue.

But to take such a decision requires a lot of political capital and perhaps the mandate of 303 was put to perfect use. Bank mergers were long overdue, and topping it up with several governance reforms has only made it far more significant as an exercise.

One mustn’t underestimate the importance of this move as it makes further consolidation, future privatisation or if we’re not that lucky, then disinvestment possible.

The fact remains that post-2008, we’ve realised that when it comes to banks, the notion of moral hazard is only moral but not pragmatic and that most banks are indeed ‘too big to fail’.

Therefore, there’s no reason for having public sector banks except for the fact that it enables the government to push for some of its policy interventions. The flipside to this is of course that it also enabled the North Block banking culture that was mastered between 2004-2014.

If savings in private banks are as safe as public banks, and the Reserve Bank of India (RBI) will act as lender of the last resort, then there’s no rationale for having so many Public Sector Banks (PSBs).

Therefore, having merged 10 banks into four big banks is an excellent and long overdue decision, which if in future supplemented by disinvestment and some privatisation will likely to further strengthen our banking system.

But, amidst these high-profile announcements, the Gross Domestic Product (GDP) data was released and for the first quarter, our growth rate was at 5 per cent. The fact that growth had slowed is not new and many got their forecast right.

But, even as growth fell to 5 per cent, we continue to debate whether our slowdown is cyclical or structural.

First things first, economic growth has two components, one is the trend component and the other is a cyclical component.

The fact that our growth has slowed to 5 per cent makes it apparent that there’s a cyclical component to the slowdown as there’s no reason to believe that our trend rate of growth can fall by at least a 1 per cent over four quarters.

It is only natural to ask what our trend rate of growth is, and there are multiple answers to this question.

In all likelihood, it’s somewhere between 6.5 and 7.5 per cent, which means that our positive business cycle usually ensures a growth of around 8 per cent while negative slumps ensure it falls closer to 6.

Historically, India has never managed to sustain a high growth rate comparable to that of China or other East Asian economies and, therefore, we must investigate what factors are important for growth.

In fact, during these four quarters, we’ve witnessed a sharp increase in our real interest rates. Therefore, it is only natural that growth slows when we have a tight monetary policy.

Now here’s the interesting part: when inflation was moderate and growth was slow, why did the Monetary Policy Committee (MPC) have such high real interest rates?

The MPC’s own assessment is that the neutral real rate at which the monetary policy is neither trying to cool down the economy, nor trying to accommodate it for acceleration of growth, is at 1.25 per cent.

A natural question is why the MPC was trying to slow growth by keeping the real repo rate higher than its neutral real rate?

A further question would be, if it will lower the rate below 1.25 per cent by aggressively cutting interest rates over the next few months?

These are some questions that the finance ministry should ask all the members of the MPC, given its track record.

While structural reforms are important, such as bank mergers, they can never substitute sound macroeconomic policies.

Therefore, another debate regarding reforms or counter-cyclical measures is misguided as it assumes that either can be a substitute for the other.

One of the first lessons in macroeconomic theory had my professor explicitly state how reforms, especially structural reforms, have no impact in the short run. As British economist John Maynard Keynes had rightly said, in the long run, we’re all dead.

Therefore, all those who believe that reforms will alone be able to revive growth are sadly mistaken.

The fact remains that what is genuinely required is a combination of counter-cyclical measures with big bang reforms.

We’ve seen the latter over the last two weeks. Now would be the time to accompany them with the good old favourite policy levers of monetary and fiscal policy.