Higher Education :The Cop Is The Culprit 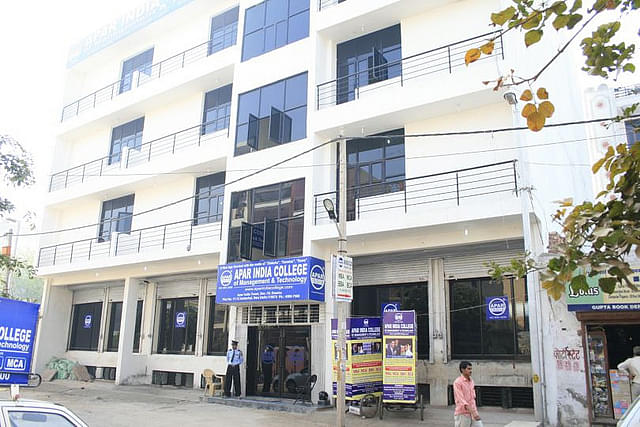 Higher education in India is considered among the poorer in the world. Every ranking has critics who find fault with its methodology for under valuing or over estimating some parameters. But our tertiary education fares low in every ranking there is, essentially showing that there is hardly anything working well in the system. Several studies have shown that it has failed to enable the youth of the country to exploit fully the employment opportunities generated by a growing economy. Among the latest, Wheebox Employability Skills Test (WEST, 2013), endorsed by the Confederation of Indian Industries, concluded that only 34% of the 5,000,000 graduates we produce every year are employable.

This is not the only problem that the sector is mired in. While thousands of applicants fail to secure admission in a regular college for want of seats every year, dozens of colleges close down for want of students. Last year, about 12 engineering colleges in Andhra Pradesh and Telangana region closed down because there were no takers. There are issues of number and quality of teachers, and outdated curriculum. And then there are peculiar issues such as a university changing a course structure mid way through the course. Last year, IGNOU decided that some of its two –year post graduate programs would be one year diploma programs and asked the students enrolled in those post graduate programs to quit after the first year. The brunt of all these ills is borne by the students.

Successive governments have been seized of the problem. Starting with Radhakrishnan Committee in 1948 till AM Pathan Committee in 2014, on an average, every four years a commission or committee has reviewed higher education policies and made recommendations for improvement. And yet we have not been able to create a higher education system of even modest quality. Where do the planners go wrong? Why have the governments, even after nearly 70 years of experience, not mastered the ability to predict what kind of college will be in demand and where? Officials who issue licenses to start colleges and make rules to maintain quality of education delivered are senior bureaucrats and academics in different licensing and regulatory agencies. They are no doubt of proven intelligence yet why do they fail miserably in their jobs? Could that be the common root cause for the primary ills that plague the sector? Common sense suggests that is the case.

The very assumption underlying the existence of controllers and regulators- that a few people can predict and should control the interests of all the stake holders of a sector- is irrational and smacks of dictatorial approach to problem solving. Because licensing, in essence, is depriving citizens of choice and enforcing a political authority’s preferences through coercion. The only possible justification is either the government assumes that it knows better than the industry, students and institutions as to what their needs are or it believes that it has the divine authority to decide what quantum and type of educational opportunities people should get. It controls the establishment, functioning and even closure of all colleges in the country. Its agents, the regulatory agencies, sometimes more than one, with varied, incongruent sets of policies commanding a single institution, run their writ on colleges with scant regard to harmful consequences. The result is not just inefficient use of resources or poor quality of education but also rampant cronyism and undermining of rule of law as the regulators use their discretion to decide which entrepreneur will benefit from their licenses.

In a market, colleges would come up where there is demand. Students will choose particular courses and colleges based on interest and career prospects. Colleges would decide curriculum and pedagogy based on what students and their prospective employers want. Industry will actively give feedback to the institutions on what types of knowledge and skill sets it requires because it knows the colleges have the power to act on the feedback. Competition among colleges will increase choice, improve quality of education offered and drive prices down. These processes occur simultaneously in a market, each factor adapting itself to change in other factors to maintain the demand supply equilibrium. The sheer number and variety of interactions that take place every minute show that it is preposterous to assume that any person or agency, no matter how eminent and well intentioned, can replace the spontaneous order of the market.

Any government that wants to improve access to and the quality of higher education in the country should immediately deregulate the sector and refashion its role from one of a cop to that of a facilitator.