Home Prices, And Not Buyers, Are Unrealistic 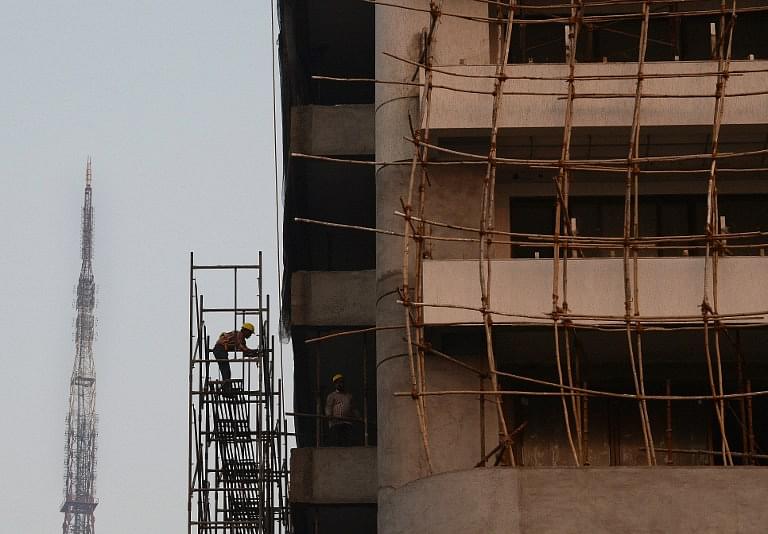 Nothing wrong in buyers wanting lower, affordable prices of houses, says Vivek Kaul in his response to Gautam Mukherjee’s piece for Swarajya.

In his article on real estate, columnist Gautam Mukherjee has this to say about prospective buyers looking to buy a home to live in: “These worthies [i.e. the prospective buyers], expecting a crash in prices as the crisis deepens, are gleefully seeking ever more unrealistic bargains before committing themselves. To them, the builders are profiteers, bloated on black money, and unethical, one-sided, contractual arrangements.”

But what is wrong in hoping to find a home to live in at a price which one can afford? Further, are the prospective buyers really seeking “unrealistic bargains” or is it that home prices are at unrealistic levels? From all the data that is available, it seems to be the latter.

Data put out by real estate research and rating firm Liases Foras tells us that the weighted average price of a flat in a city like Mumbai was Rs 1.3 crore as of March 2015. In the National Capital Region, it is Rs 74 lakh. In Bengaluru the price is Rs 86 lakh. And that is the situation almost all over the country.

Among the people whom Mr Mukherjee calls “worthies”, how many make the kind of money that is needed to be able to afford these homes? Let’s do some back calculation and see.

The weighted average price of a flat in Mumbai is Rs 1.3 crore. A bank would finance 80 per cent of this. This means that the bank would give a home loan of up to Rs 1.04 crore. The prospective buyer would have to arrange the remaining Rs 26 lakh as a down payment. This is assuming that the builder does not ask for any payment to be made in black. I know that this is an unrealistic assumption, but just humour me for a bit.

Even in Mumbai, how many people make that kind of money? The Maharashtra State Economic Survey for the year 2014-2015 points out that the average per capita income in Mumbai during 2013-2014 stood at Rs 1.88 lakh. So it is not the “prospective buyers” who are being unrealistic, it’s the prices that builders want to be paid for the homes that they have built which are unrealistic.

Given this, it is not surprising that, as the latest Economic Survey points out: “At present urban housing shortage is 18.8 million units [i.e. homes].”

Now for Mukherjee’s statement that for the prospective buyers, “the builders are profiteers, bloated on black money, and unethical, one-sided, contractual arrangements”.

What is wrong with this thinking? As analysts Saurabh Mukherjea and Sumit Shekhar of Ambit write in a recent research report titled Real Estate: The unwind and its side effects: “Another big source of generation of black money is the real estate sector which has witnessed an unprecedented boom in the past ten years or so. In Delhi, the ratio of unaccounted value of real estate transactions to the total value is as high as 78 per cent The same ratio is 50 per cent  in Kolkata and Bangalore. In smaller towns and semi urban centres, nearly 100 per cent of property transactions are conducted in cash.” In Mumbai, they put the ratio of black money to total value at between 10 per cent and 30 per cent. The Ambit analysts were quoting from data put out by National Institute of Public Finance and Policy in July 2014.

Perhaps Mukherjee may not want to believe this. So here is something out of a report on black money published by the Federation of Indian Chambers of Commerce and Industry (FICCI) in February 2015. As the report points out: “The Real Estate sector in India constitutes for about 11 % of the GDP of Indian Economy, as these transactions involve high transaction value. In the year 2012-13, Real Estate sector has been considered as the highest parking space for black money.” FICCI is an apex chamber of commerce and not an association of buyers looking to buy homes to live in. Given this reality, Mukherjee’s sarcasm towards prospective buyers who cannot afford homes at their current prices is uncalled for.

Since the weighted average price of a flat in Mumbai is Rs 1.3 crore, if the builder asks for 20 per cent of this to be paid in black (I am being fairly conservative here), the prospective buyer has to arrange for Rs 26 lakh in cash.

This leaves Rs 1.04 crore, which becomes the price of the flat on which the bank will give a home loan. Now remember, the bank finances only up to 80 per cent of the price of the flat. That means it will give a loan of up to only Rs 83.2 lakh, leaving the buyer to pay the Rs 20.8 lakh as down payment. This means that the buyer needs savings of at least Rs 46.8 lakh (Rs 26 lakh paid in black plus Rs 20.8 lakh to be paid as a down payment) to buy a flat. How many people have savings of this kind?

The black component of the housing market in Mumbai is low in comparison to other cities. So if prospective buyers see builders as profiteers who are bloated on black money, there is absolutely nothing wrong with that. Further, many builders have taken money from buyers and disappeared. There are many others who have endlessly delayed projects. Hence, if other buyers look at them in a negative light, you can’t blame them for it.

Mukherjee further asks: “But what is the government, specifically the RBI and Finance Ministry doing about the high interest rates, the recapitalisation of banks, and renegotiation of all the stressed loans to builders/ industry, which are about to become irretrievable NPAs?.”

He also suggests: “Also, in the interim, the assumption is that the construction industry will receive new lines of credit/rescheduled debts from the banks and lending institutions to finish their half-built projects.”

The tone is that the government and the banks should come to the rescue of the real estate companies which are in a mess. There are multiple points that need to be made here.

First and foremost, why can’t the builders cut home prices and sell the massive number of unsold homes that they are sitting on?

Second, why should banks lend more to a borrower who is unable to repay his past debt? It is important to understand the main purpose of a bank, which is to ensure that the money deposited by individuals with it, remains safe and earns some return in the process. What Mukherjee is suggesting is that banks throw good money after bad. Why? Just because a few builders are going to go bust?

Further, the builders have made pot loads of money between 2002 and 2013, when the bull run in real estate drove home prices to the current unrealistic levels. So how is it fair that prices were allowed to rise, but now when the prices are falling (or should be falling), they should not be allowed to fall?