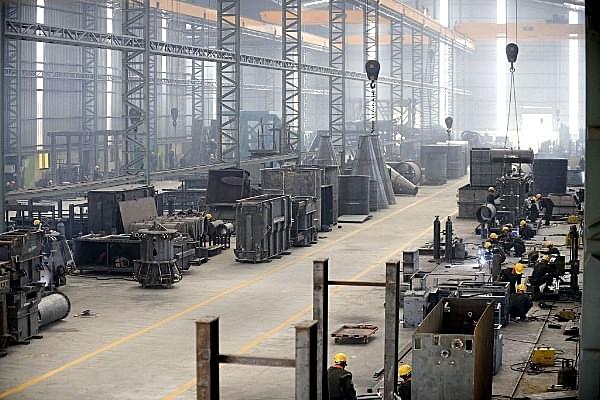 Recently the chairman and managing director of Reliance Industries, Mukesh Ambani, said that India’s economy could be a $10 trillion economy by 2030. For context, India’s economy is currently ~$2.5 trillion (adjusted for cost of living or PPP, India’s GDP is already ~$9.5 trillion). Hence, Ambani’s prediction entails a fourfold increase in India’s GDP (as measured in Indian rupees without adjusting for inflation and then converted to United States dollars). Both France and the United Kingdom (UK) individually have an economy roughly the same size as India right now. Amongst nation states, as of 2017-18, only the GDPs of the US, China, Japan and Germany are ahead of India (by PPP, only the US and China are ahead; for this piece, we will go by market exchange rates, not PPP).

However, pessimism abounds – as pointed out by Prime Minister Narendra Modi earlier this year, both in India and abroad, about the prospects of the Indian economy. The pessimism seems to be common more in commentators than investors (it does not mean the latter are necessarily right – but certainly something worth pondering over, given that they put their money where their mouth is). Nonetheless, the commentator-investor divide continues, with the Economist’s correspondent in India calling “bullshit” on Ambani's prediction.

But the doubters have their math and economics wrong. On 31 December 2017, India’s economy is likely to be $2.5 trillion. My prediction is that India’s GDP will be $12 trillion by 31 December 2030. Hence, it is my assertion that not only are many journalists off the mark about India’s prospects, even the country’s leading industrialists such as Ambani may be a tad too conservative in their estimates. Let us see how.

$2.5 trillion to $12 trillion in 13 years seems daunting until one breaks down the number. But before that, let us note that a similar jump in a similar time frame has been roughly done before – by China, of course. India’s 2017 GDP is comparable to China’s 2003 GDP – in fact, India is maybe slightly ahead on that 14-year-gap-adjusted basis – and the Chinese economy is ~$11.9 trillion in 2017 (~5x jump). So it has been done before.

Of course, the last 10 years for Indian economic growth in dollar terms were (relatively) disappointing – just a ~2x jump. So that is the reality we have to keep in mind and ask ourselves: will the past be a prologue? I will argue not.

First assumption: Real (or inflation-adjusted) annualised GDP growth of the Indian economy at 8.8 per cent; Second assumption: Real Effective Exchange Rate INR appreciation by 2 per cent (while inflation in USD would be ~2 per cent, which is the Federal Reserve’s historical target).

On the first assumption of 8.8 per cent growth, India’s average of real INR GDP growth for the last three years on a trailing quarter basis is ~7.2 per cent. Moreover, from 2014-2015 onwards, India has undergone a deep reform programme that is painful in the short term yet beneficial in the long term. Indeed, 2017 macro indicators are very much like 2002, which shows that a full boom and bust cycle may have concluded from 2003 to 2016. During that cycle, India had real GDP growth rate of ~7.7 per cent. So is growth for the next 10-15 years at just 110 basis points higher every year that outlandish?

Well, overall growth is necessarily a combination of:

(1) growth in the working headcount, and

(2) increase in output of the average worker (or increase in productivity, assuming constant hours worked)

Let us consider both. While we hear a lot about the demographic dividend – a more specific consideration is the likely jump in female labour participation or FLP in the coming decade (as it seems to have bottomed out at ~27 per cent after falling from ~35 per cent in 1990; data: World Bank)

There are many reasons why this number fell: (1) more young women were studying beyond the age of 15, (2) as rural India became less poor, more women worked in the house than outside, and (3) while urban/educated women entered the workforce more than ever, they were swamped by the first two factors so far.

But as India becomes more urban and as near-universal literacy amongst young women lies within reach, the trend could turn sharply – the recent bottoming gives us hope, though a more nuanced analysis is needed. Just a reversion of the female labour force participation rate to its early 1990s number and then beyond – that is, this ratio going from a headwind to tailwind – can easily add up to ~100 basis points to annual growth in the coming decade compared to the previous one, depending on your exact assumptions. Just as a comparison, we are far behind not just the already-rich United States but also way behind other BRICS countries on this crucial metric.

Moving from gender to the overall picture, India’s largest or near-largest cohort is likely to start working by around 2020. As you can see below, the Indian population pyramid width has finally stopped growing with the 15-19 and 0-4 bars being roughly the same.

Now, note the contrast with China as well to see their sharp young labour force contraction in the coming years.

Demographics is (almost) destiny in more ways than one, and it would be silly to linearly extrapolate the past without taking cognisance of the above. To wrap up the 8.8 per cent GDP growth assumption, let us move from labour quantity to quality. Yes, the education system in India leaves a lot to be desired but it is also starting from a very low base. In the interest of brevity, we can note that the above-mentioned cohort (that would start working from 2020 in India) is also likely to have near-universal literacy albeit still shoddy education. Moreover, again by 2020, a vast majority of them would have 4G smartphones, and within a few further years, 5G access as well (which would further enable AR/VR and other technologies as well). E-commerce, fin-tech and perhaps more crucially, ed-tech are all likely to be massive sectors. Opportunities will be created where we cannot even imagine today. To quote Adam Smith, the division of labour (and hence productivity) is only limited by the extent of the market. And the market extent in India is going to go from “my village” to the “whole world” for hundreds of millions in the coming years. Moreover, the big push to physical infrastructure (expressways, etc) and the overall formalisation push of Modinomics is likely to further help.

On the second assumption of the rupee appreciating in real terms (not nominally) against the dollar by around 2 per cent annually for the next 10-15 years, one would have to get into the technical nuances of Balassa-Samuelson effect (Raghuram Rajan also hits on one aspect of it in this short video). To put it very simplistically – as a country becomes relatively richer (compared to the world/the frontier economy/its trading partners), its tradable inflation, often of goods, is generally less than its non-tradable inflation, often of services.

Because of that trend, a country’s GDP PPP multiplier decreases, multiplier here referring to how many times the PPP GDP is larger than the market exchange rates’ one. For India, right now the multiplier is at 3.5-4x and for China it is ~2x. But keep in mind that these multipliers are very hard to measure – and the said multiplier can look very different in Mumbai vs Gorakhpur (or in Beijing vs rural Tibet). Also, every now and then these multipliers are re-calculated, so do take them with a pinch of salt. Nonetheless, they are directionally useful.

So even if Indian incomes grow almost as fast – not necessarily as fast or faster – as Chinese ones did in the last decade, even a 2 per cent annualised up move in the REER for 10-15 years is a conservative assumption (as it will move the Indian multiplier to levels still much higher than the current Chinese multiplier). The point to keep in mind is that just growing does not allow an emerging economy to have appreciating REER – you must grow faster and faster sustainably compared to the rest of the relevant world. For example, Indian incomes today are still as a market exchange fraction of US incomes at the same levels we were 50 years ago! (One can only gawk at such a massive human tragedy – the sheer opportunity cost of it all – but that is for another day perhaps; the relevant point for this piece is that we are perhaps finally out of the woods, though of course the never-ending work of reform remains.)

Hence, having explained my assumptions – I predict India’s GDP will be around 12 trillion USD by the end of 2030. This, of course, has enormous policy, geopolitical and investment implications, but before we grapple with those we must first remove the irrationally pessimistic cobwebs that cloud our thinking.

I will conclude with a supplementary prediction – in a field where policy wonks, assorted partisans, market strategists, economists and analysts of all hues have perhaps disproportionately prioritised statistics over economic history (and short-term cycle-analysing over long-term trend-exploring) under-informed gloom, relative gloom to be sure, will continue to prevail. While time is the ultimate judge of many cocky predictions, in the meanwhile we can continue to enjoy these debates in policy circles and financial markets – we do live in very interesting times after all.

(Note: Thanks to Dhruv Agarwal and Rhea Kothari for their research support.)

This piece was first published on the writer’s Linkedin page and has been republished here with permission.