Indradhanush Framework: A Missed Opportunity For The Modi Government 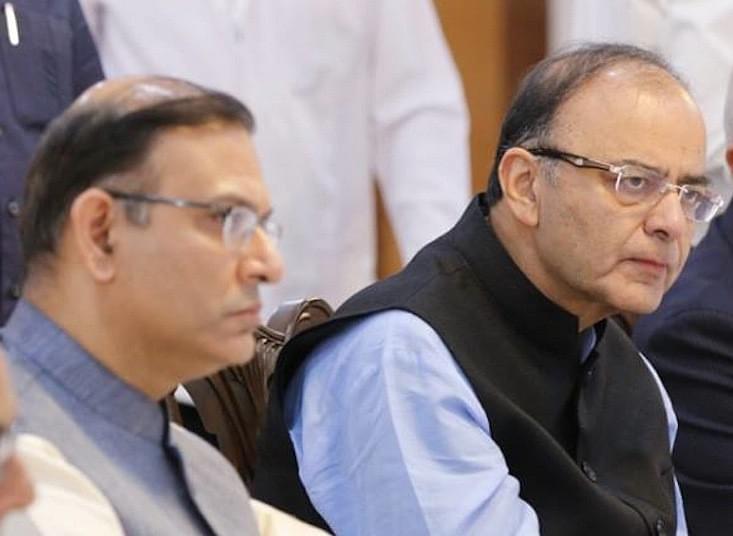 The Modi government, like the previous UPA regime, wants to continue owning 25 public sector banks. In doing so, it has gone totally against the “minimum government maximum governance” philosophy that Modi had espoused.

Earlier this month, the Ministry of Finance came up with the seven-step Indradhanush framework to transform the shape of the government-owned public sector banks. As the press release accompanying the announcement of the framework pointed out: “Indradhanush framework for transforming the public sector banks represents the most comprehensive reform effort undertaken since banking nationalisation in the year 1970. Our PSBs are now ready to compete and flourish in a fast-evolving financial services landscape.”

Given the marketing prowess of the Narendra Modi government, such a claim isn’t surprising. Nevertheless, the question is, does the framework address the basic issues at the heart of reforming the public sector banks?

In May 2014, the Committee to Review Governance of Boards of Banks in India (better known as the P.J. Nayak Committee) had submitted a detailed report on reforming public sector banks in India.

As the report pointed out: “Governance difficulties in public sector banks arise from several externally imposed constraints. These include dual regulation, by the Finance Ministry in addition to RBI [Reserve Bank of India]; board constitution, wherein it is difficult to categorise any director as independent; significant and widening compensation differences with private sector banks, leading to the erosion of specialist skills; external vigilance enforcement though the CVC [Central Vigilance Commission] and CBI [Central Bureau of Investigation]; and limited applicability of the RTI [Right to Information] Act. A more level playing field with private sector banks is desirable.”

The committee had also proposed a solution to these problems. As it said: “If the Government stake in these banks were to reduce to less than 50 per cent, together with certain other executive measures taken, all these external constraints would disappear. This would be a beneficial trade-off for the Government because it would continue to be the dominant shareholder and, without its control in banks diminishing, it would create the conditions for its banks to compete more successfully. It is a fundamental irony that presently the Government disadvantages the very banks it has invested in.”

The Nayak committee had also proposed that the government follow the Axis Bank model, where the government is an investor rather than the promoter. “The CEO is appointed by the bank’s board, and because the bank was licensed in the private sector, it sets its own employee compensation, ensures its own vigilance enforcement (rather than being under the jurisdiction of the Central Vigilance Commission), and is not subject to the Right to Information Act.”

The Nayak committee had also talked about the need to do away with the dual regulation of public sector banks by the Finance Ministry as well as the Reserve Bank of India. This, the committee had said, makes public sector banks uncompetitive. The report pointed out: “Any directions issued which are applicable to a subset of banks do damage to that subset, however laudable the objectives. Those banks not part of the subset are under no obligation to participate; if they do so the participation is voluntary, while for the subset it is coercive. Such discriminatory orders reduce the competitiveness of the subset. It is ironical that the Government seeks to make uncompetitive the very banks it has invested capital in.”

As D. N. Prakash, President of Corporation Bank Officers’ Organisation and Vice-President All India Bank Officers’ Confederation, said in a press release: “A major part of NPAs of PSBs are in infrastructure, power and telecom sectors. When private sector banks had stayed away, PSBs had lent to these sectors as part of their commitment to economic growth and nation building. Today, they are blamed for the NPAs in these sectors.”

In order to rule out such problems the Nayak committee had recommended: “The Government should cease to issue any regulatory instructions applicable only to public sector banks, as dual regulation is discriminatory. RBI should be the sole regulator for banks, with regulations continuing to be uniformly applicable to all commercial banks.”

But the Indradhanush framework does nothing on this front. The idea of giving away control over public sector banks is a little too difficult for babus and politicians to digest. On this front, the Modi government is not very different from the previous governments.

Further, the public sector needs a lot of money in the years to come, which the government as the major owner has to provide. But it cannot do so without ending in a big financial mess itself.

The Nayak committee recommended that between January 2014 and March 2018 “public sector banks would need Rs. 5.87 lakh crores of tier-I capital.” The committee further said that, “Assuming that the Government puts in 60 per cent (though it will be challenging to raise the remaining 40 per cent from the capital markets), the Government would need to invest over Rs. 3.50 lakh crores.”

The government, on the other hand, estimates that “the capital requirement of extra capital for the next four years up to FY 2019 is likely to be about Rs.1,80,000 crore.” Of this amount, it proposes to invest Rs 70,000 crore. Where is this money going to come from is a question that the government hasn’t tried to answer.

Over and above this, the Indradhanush framework does not come up with any fresh thinking on the issue of bad loans that has been plaguing public sector banks. It lists out a series of things that the RBI has been doing for a while now. But, as is well known, these steps haven’t done much to stem the rot when it comes to burgeoning bad loans.

As Prakash puts it: “there is no resolve on part of the Government to recover NPAs from big corporates that constitute the major chunk of NPAs [non-performing assets] in the industry.”

There doesn’t seem to be any systematic solution in light to clean up the bad loans mess at public sector banks. The government had an opportunity to do this with the Indradhanush framework, which it has clearly missed. As CRISIL Ratings pointed out in a brief research note, a ‘surgical’ response to the challenge of NPAs by creating a ‘bad bank’, could have been a step in the right direction.