Investors On The MAT 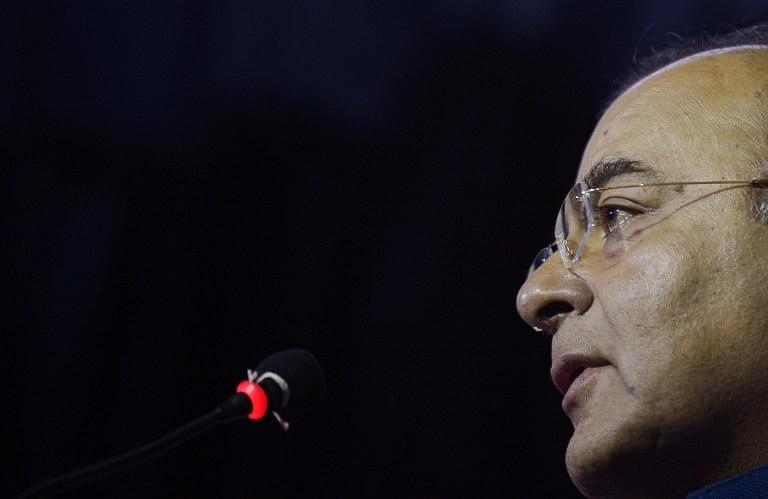 . . . and arbitrary behaviour of the Authority of Advance Rulings is the cause

As the Narendra Modi government comes close to completing a year in power, it continues to face the heat of critics who, not unreasonably, have expressed discontent with the ineffectiveness of the Prime Minister’s policies at the ground level. Earlier, it was HDFC Chairman Deepak Parekh, who criticised the lack of concrete results in terms of ease of doing business. Most recently, it was Arun Shourie, a former Cabinet minister in the Atal Bihari Vajpayee government.

While calling Modi’s economic policies “directionless”, Shourie said, “The situation is like the many pieces of a jigsaw puzzle lying in a mess with no big picture in mind about how to put them together.” One issue that he particularly scorned about, and which this article will attempt to address, pertains to the government’s approach to the issue of Minimum Alternate Tax (MAT), which has upset both the investor as well as the business community, and has raised legitimate doubts about NDA government’s commitment to a stable and non-adversarial tax regime.

In simplest words, MAT is a way of making companies pay a minimum amount of tax. If the tax amount, after accounting for various deductions and exemptions, is less than 18.5 per cent of their profits as computed under the Income Tax Act, then those companies are liable to pay a minimum tax of 18.5 per cent. In April, tax authorities demanded MAT from foreign institutional and portfolio investors who had sold shares in a company before April 2015. This amount, many believed, could garner tax revenues to the tune of a staggering Rs 40,000 crore.

The importance of foreign investments in both private and public sector cannot be overstated. They help fuel the country’s economic growth. Demanding a staggering 18.5 per cent tax while pretentiously maintaining ‘zero’ long-term capital gains tax thus sends a wrong signal to investors; it displays the hypocrisy of the tax authorities while also eroding the credibility of the government’s promises.

That said, the real cause of this problem is the inconsistency of the rulings of the Authority of Advance Rulings (AAR) – a tribunal that answers the companies’ questions relating to whether a particular transaction, if performed, would attract tax. In the present case, the government seems to be taking advantage of a 2012 ruling made by AAR, which involved a Mauritius entity called Castleton Investments Ltd. This company had held shares in Glaxo Smithkline India since 1993 (for well over 20 years) and wanted to transfer these shares to a Singaporean group entity. So, it asked AAR whether this transaction, if undertaken, would attract any tax. Since it had held these shares for over 20 years, we know it should not attract capital gains taxes as per the current laws. Also, Mauritius has a Double Taxation Avoidance Agreement (DTAA) with India.

But the AAR ruled that, even though Castleton would be exempt from capital gains, MAT at 18.5 per cent would still apply. Essentially, this means the freedom from long-term capital gains was but a sweet deception. Referring to the AAR’s ruling, what the government said effectively meant that the AAR has ruled in favour of MAT in the Castleton case, so it makes sense that foreign investors too must pay MAT if they wish to sell shares. If you, dear investors, wish to get relief, you can always knock the doors of higher courts!

That may not sound terribly unfair, except that AAR has ruled against MAT in a few other cases. Take, for example, the case of America-based Timken Company in 2010. As part of its global restructuring exercise, Timken Company wanted to transfer equity shares held by it in Timken India (for over a year, which means it would not attract long-term capital gains tax) to Timken Mauritius Ltd. However, it wanted to know whether it would attract any MAT provisions upon transfer.

In its ruling, the AAR said that since “the applicant [Timken Company] does not have any physical presence in India in the form of an office or branch or a PE [Permanent Establishment], the provisions of section 115JB [which concerns MAT] of the Act are not applicable on the sale of shares of a listed company Timken India Limited, by the applicant.”

Then there is also the case of Praxair Pacific, a company incorporated in Mauritius. It owned 99.99 per cent equity shares in a wholly owned subsidiary Praxair India and 74 per cent stake in Jindal Praxair Oxygen Company Private Limited. It proposed to transfer this 74 per cent stake to Praxair India and wanted to ascertain whether it would attract MAT. Capital gains, it claimed, would not be taxable under Article 13 of India-Mauritius tax treaty, which makes sense.

To its question relating to MAT, however, AAR made an interesting observation:

“We may state that the same issue had arisen before this Authority in AAR 836 of 2009 in the case of Timken Company, USA, wherein … it was held that section 115JB [which concerns MAT] is not designed to be applicable to a foreign company who has no presence or PE in India… We are therefore of the view that the provision of section 115JB of the Act is not attracted in the case of the applicant.”

To recapitulate, AAR ruled in favour of MAT in the Castleton case, but ruled against its applicability in two other cases of Timken Company and Praxair Pacific. For reasons best known only to itself, the government chose to consider Castleton case as a reference for its decision to send tax notices to foreign institutional and portfolio investors.

The AAR’s inconsistent rulings are a problem not just because they make investors or the larger business community jittery. There’s a deeper reason.

The AAR, being subordinate to the Supreme Court, is bound by the latter’s observations as per Article 141 of the Indian Constitution. In one case of Cyril Eugene Pereira, AAR noted that even though it has “made the ruling binding in the case of one transaction only and the parties involved in that case in respect of that transaction . . . This is not to say that a principle of law laid down in a case will not be followed in future.” The Supreme Court had approved and took note of this fact. Essentially, this implies that AAR should be bound by the theory of precedents. It must maintain consistency in its rulings not only for the sake of ensuring stability in the tax regime, but also to continue to uphold the sanctity of Supreme Court’s observation.

To be fair to the NDA government, Finance Minister Arun Jaitley abolished MAT starting April 1st, 2015 – this, of course, is prospective; all companies that sold shares before April of this year would not be exempted. Then, following widespread protests and criticisms from various quarters, the government also clarified that MAT would not apply to countries that have DTAA with India (those that do not could still attract the tax). Also, most recent data from field offices showed that the actual tax notices sent until now comprise only one-sixth of the initial Rs. 40,000 crore estimated.

Jaitley had said the Rs 40,000 crore received from MAT could be used to “change the face of India’s irrigation”. When saying this, he probably did not take into account the crores of rupees worth of funds that could flow out of India owing to the fear and discontent generated among investors by government’s arbitrary tax notices to some of them. In other words, the gain of Rs 40,000 crore could be offset by the resulting loss in investor appetite. But the latter is not readily visible to the naked eye and, therefore, easy for our finance minister to blithely ignore.