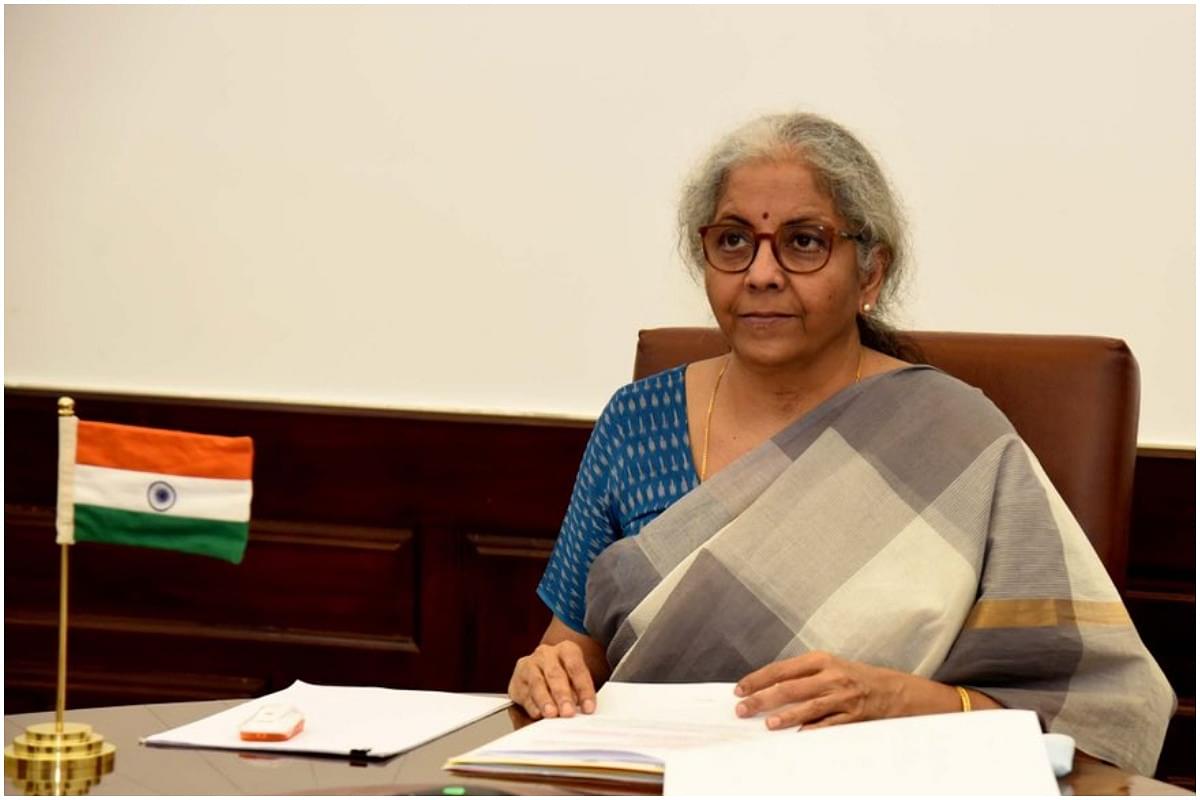 This is the second part of the Finance Minister’s interview to Swarajya. Read part one here.

Swarajya: Manmohan Singh famously said that he does not lose any sleep over what happens in the stock markets. As someone who has a large disinvestment agenda, isn’t it necessary to speed things up when the market’s appetite for equity is good? Privatisation seems to be going at a snail’s pace…

I don’t think it is going at a snail’s pace. Privatisation and disinvestment are major, major decisions. After the decision is taken, the process itself involves a lot of due diligence. I am not pointing a finger at any earlier exercise but you know both at the bureaucracy level and with banks, there is fear. People (bankers) with this in mind were slow on credit flows. Now bankers have been given reasonable support so that credit flows. But in the bureaucracy, there is the consciousness that they should be ticking every box clearly. And which is good sense. This government has never violated any norm or called the banks to give money to my chacha or bhatija. Similarly, we have not decided on privatisation or disinvestment with any other ulterior motive. The only motives are 'sell because we cannot run (a company), or sell because it (the public sector company) is not in a position to sustain'.

So, it is a policy-driven approach with no element of discretion.

The bureaucracy understands this, but they want to be sure that from their side every box is properly ticked. Which is not something we want to discourage. But I am monitoring it, so that it is not forever (about) box-ticking. It (the privatisation agenda) is moving.

Memories of last two years, when it could not happen, will linger, and perceptions of those who are looking at India’s disinvestment programme and saying it is taking forever, may be there. But I can tell you it is actually moving forward. Otherwise, why would you have financial bids coming for Air India…why would you have the LIC IPO, for which we have appointed 10 major advisors from the financial and legal sector, all working together?

Swarajya: Will the LIC IPO happen this fiscal?

I hope. But Air India should happen, since financial bids are already done. We have done the whole process with diligence in mind and transparently.

Swarajya: What about privatisation of the others, BPCL, Concor, Shipping Corporation?

They will all go on, but I will not name them or give a timeframe. But everything is on course.

Swarajya: You have announced Rs 6 lakh crore of asset monetisation, of which Rs 80,000-85,000 crore is supposed to happen this fiscal…

Again, today’s government is not muddling through. It states the policy and also gives the framework in which it is going to happen. Professionals are engaged so that it happens as per a timeline. Each ministry will have to sit with Niti Aayog for the specifics (of their asset monetisation plans) which are unique to them. There cannot be one way of monetising assets for all.

But it is one thing for us to clearly give a framework and announce a plan. After that, you should understand that it has to go through a process. Now, just because disinvestments did not happen (as per announcements) in the past, to carry the same memory everywhere may not be fair. You have to give it space, but it won’t take forever. We have done so much homework pre-announcement that, given due time, it will happen.

That was the assessment of Niti Aayog, but each ministry will have to assess for each asset in the segment to which they belong. They will have to reshuffle their priorities and then move ahead.

Swarajya: What happens after monetisation? Who gets the money?

Each ministry will have its own infrastructure ramp-up plans. If it is a public sector enterprise whose accounts are separate from the consolidated fund of India (CFI), the money goes to them. But in other cases, the money will come to the CFI.

Swarajya: VSNL was privatised nearly 18 years ago, but the land parcels are still to be monetised.

You need an insight on how this operates. Assume it is DIPAM (Department of Investment Promotion and Asset Management) which is handling it. The land may be in one part of the country, one piece in Tumkur, one in Salem, a third piece in Balasore and a fourth in Guwahati. DIPAM is a small department and it will have to deploy a set of people to go to each place, assess land value there, check on valuation of neighbouring lands, the rates fixed by the local government, etc. Then they have to figure out how all these four or five land assets are to be sold in one go. Maybe they will come to a conclusion that it cannot happen in one go.

The process is complex if pieces have to be sold separately. The value, once fixed, should be justifiable for the CAG can ask us how did you fix the price as Rs 235 per sq metre instead of Rs 237? Ultimately, it is public money. You want to be fair and transparent.

Swarajya: The bad bank idea has finally taken off. How fast will the bad loans be settled?

That is why it is being done in two tranches. The first lot is to sell and resolve Rs 90,000 crore worth of bad loans. Banks have already identified the assets for which they have provisioned over the last several years and will get 15 per cent in cash upfront. The remaining 85 per cent will come after the asset value is realised. It will move fast, for banks’ interest lies in it.

The formulation is in the fee structure which these companies will have to pay. The sooner you clear it (i.e., sell the asset), the lesser the fee. The longer you keep it, the more fees you keep paying. It has been thought through very well by the bankers themselves. The government’s and Reserve Bank’s inputs were taken. It should work for the banks are happy to get rid of these assets while being sure that they get money for those assets.

Swarajya: What has been the response internally to bank mergers?

I will credit bank managements (for the smooth process of mergers). It was announced just before corona, when there were demands on banks from the government side. We wanted them to reach out to bank business correspondents, credit money into their accounts, and keep many branches open so that people had access to their savings. Even without the vaccine, they (bankers) were exposing themselves to risks but they serviced people. But even as this was happening, the mergers were not left by the wayside. I have not heard any substantial complaints from customers, though some customers must have faced problems. The mergers were largely managed well.

Swarajya: Your bill to privatise general insurance has passed parliament, but the law to privatise banks is still stuck. When will this happen?

Insurance is part of our strategic sectors. We want to maintain a certain minimum presence for general insurance, life insurance and underwriting. If in those three areas there is an excess (beynod strategic needs), they can be carved out and privatised.

Swarajya: Will some general insurers be merged?

We have neither given the idea up, nor are pursuing it actively.

Swarajya: What is the timeline for getting the bank privatisation bill moving?

Look at it the other way. How much work was done by the ministry by convincing the cabinet and getting various bills that are important to the common man to parliament. Like the DICGC (Deposit Insurance and Credit Guarantee Corporation (Amendment) Bill, 2021). Customers have to be given back their money within 90 days of a bank (getting into trouble). That happens in November. Even on this (pro-depositor) legislation, the opposition didn’t engage.

We also brought in amendments to company law, including limited liability partnerships (LLPs).

Every start-up says treat us more favourably; every partnership says treat us more favourably because partnerships are very flexible, companies are very regulated. The LLP law will benefit every start-up. We did extensive consultations before we came up with the bill but even on that the opposition did not cooperate. At the end of the day, the citizen is waiting and looking to the government and saying, give me relief.