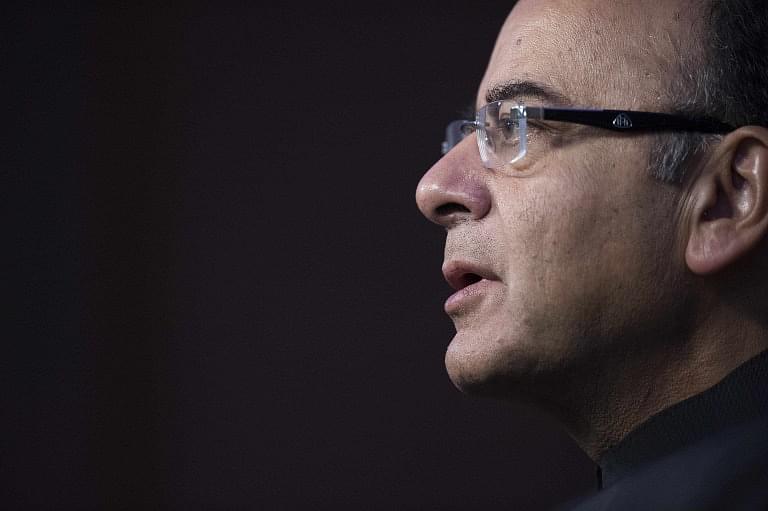 It is best to take the Pay Commission hit at one go and pray for some bit of good luck later. What Arun Jaitley seems to be doing now is more of UPA-style economics

The Finance Ministry cannot have it both ways: it cannot eat its cake and have it too. In December, Chief Economic Advisor (CEA) Arvind Subramanian made out a case for easing the fiscal deficit target for 2016-17 (3.5 percent according to the old roadmap) given that private investment had not picked up and public expenditure would have to compensate for this slack.

But Business Standard tells us today (18 January) that it will seek to stagger the implementation of the Seventh Pay Commission report – which entails a payment of around Rs 1,02,100 crore in 2016-17, so that the burden of expenditure is spread over more several years.

In other words, Arun Jaitley will not only be seeking leeway to spend more (by easing the fiscal deficit target), but also the right to postpone expenditure. Put differently, if he comes anywhere near even his current year’s fiscal deficit target of 3.9 percent of GDP next year, he will actually have missed it by miles, since expenditure will be suppressed or shifted to later years even though it is incurred in the next financial year.

If fiscal deficit is defined as the gap between incomes for the year minus expenditures, shifting the expenditures to next year does not mean the amount is not going to be spent. It remains a liability.

This is typical Chidambaram-esque thinking: show a cleaner looking set of budget numbers by excluding what is being spent (or has to be spent). This has been done repeatedly by both the UPA and the NDA, with subsidy payments (fertiliser subsidies to the tune of over Rs 1,00,000 crore remain unpaid, according to Ashok Gulati) being constantly rolled over. If this is now proposed to be done with the Seventh Pay Commission’s recommendations, it is nothing but perpetuating the UPA-style fiscal fiction once again.

But even assuming fiscal skulduggery is par for the course in a political economy, Jaitley should consider the possibility that he maybe harming the economy more than helping it with this manoeuvre, thus making the economic situation worse than it is today. Moreover, the logic of deferring expenditure goes against the government’s own efforts to boost investment and consumption in order to revive growth.

At the time of the release of the Mid-Year Economic Analysis, Subramanian had indicated that the Pay Commission would add 0.65 percent of GDP to expenditure. This means excluding all other factors for a moment, and assuming the fiscal deficit target for 2016-17 is retained at this year’s level of 3.9 percent, the actual impact of the Pay Commission would take the real fiscal deficit to around 4.5 percent.

Given a choice between two evils – a high nominal fiscal deficit and an economy that could go further into slowdown – Jaitley’s option should be to opt for growth and a higher fiscal deficit. He can hope that higher growth will bring in more tax revenues and hence lower the actual deficit, and that oil prices will stay benign.

Hoping for two good things to happen maybe a bit too optimistic for Cassandras, but it is better than hoping that many good things will keep happening all the way to 2019 by postponing the day of reckoning from year to year.

Consider the risks he is taking by postponing the Pay Commission expenditure over two years or three.

First, he is forgoing the favourable impact the higher Pay Commission expenditure will have on domestic consumption. As the November Index of Industrial Production shows, domestic consumption is nowhere near reviving. November’s rise in consumer goods was a sickly 1.3 percent and the figure for April-November 2015 was just 4.1 percent. And even this positive number was puffed up by a negative base in the previous year’s consumer goods growth figures. Within consumer goods, non-durables consumption shows negative growth even this year – at 4.7 percent for November 2015, and -0.5 percent for April-November.

Takeout: if industrial investment is not reviving due to the overload of debt on corporate balance sheets, the consumer balance sheet is not exactly a picture of health. It needs a leg up too – and the Seventh Pay Commission’s payout will do precisely that. Add some increased expenditures in rural areas, and we can have the consumption engine begin to fire by the end of 2016. Spread the Pay Commission expenses over many years, and the impact will be minimal this year.

Second, the other assumption is that 2017-18 or beyond will be better years for paying the balance of dues to government employees. The general consensus among global economists, including Ruchir Sharma of Morgan Stanley, and Marc Faber of the Gloom, Doom and Boom Report, is that the world economy is due to tip over into recession in 2016 (though no one can predict when exactly this will happen), thanks to China’s teetering economy. If this is the case, the Indian growth story too will be impacted. So Jaitley can kiss goodbye to better finances even in 2017.

Third, the Modi government is already facing a sullen rural economy, which a better monsoon in 2016 and higher NREGA wage payments will presumably help alleviate to some extent. But can he afford to let the central unions be disgruntled at a time when the opposition is cock-a-hoop over its recent electoral success in Bihar and in an even greater mood to trip the government? I wouldn’t bet on it; nor should Jaitley. In 2016, discretion is the better part of valour, and pump-priming demand is hardly something that needs too much valour.

Fourth, this is Jaitley’s mid-point budget, leaving only two more before general elections. If 2016 and 2017 turn out to be bad years for the world economy, and the Indian economy also revives very slowly, the chances are the discontent will be boiling over by 2018 and 2019 – just in time to snatch defeat for the NDA a second time just when the economy maybe beginning to revive. When India Shines a bit too late in the election calendar, as it happened for Vajpayee, the voter does not notice the change. In other words, Jaitley will be helping the Modi government towards electoral defeat three years from now.

Fifth, the fact is the government has not been running an expansionary fiscal policy even now, despite the higher public spends. Reason: most of the increased expenditure is being compensated with increases in excise duties on fuels. It is worth remembering that government spends take a long time to filter through to higher incomes, investment and consumption, but excise hikes can slow down consumption growth almost immediately. The expansionary impact of government spending may be slower than the contractionary impact of higher duties.

The other side of the argument – those who will argue for continued fiscal consolidation – also needs to be considered. Two issues remain: what if the rating agencies note the slippage and downgrade India; and what if inflation surges again from 2017 due to the demand boost resulting from higher government spends?

The answer comes in two parts.

#2: Inflation could get a leg up. This is a real danger, as the spike in December 2015 retail inflation, at 5.6 percent, shows. This is its fifth straight month of increase. This too can be explained rather easily as being the result of the base effect (inflation numbers were falling in 2014), and specific to certain commodities. The answers lie in market reforms (creating a national market for agri-produce) and investments in improving farm productivity through higher irrigation and other inputs. Restricting the fiscal deficit will do nothing to end the spike in specific commodities. India’s inflation has a stronger correlation to minimum support prices (MSPs) and less to fiscal deficits. MSPs are unlikely to be raised too high in the near future, and so food inflation risks are minimal on this front. So too fuel inflation. As for manufacturing inflation, that is actually needed in order to restore some degree of pricing power to businesses. Without that, businesses will not invest. In short, inflation will have to be a supply management exercise, and not about curbing demand, which is currently weak.

Put simply, here’s what Jaitley must do: pay government employees in full this year, and hope for a demand and economic revival, and manage the supply situation well. This is a better recipe for success than hoping in vain that fiscal belt-tightening is an end in itself.

If you are a Keynesian, government fiscal policy ought to be counter-cyclical, spend more when growth lags, and spend less when growth revives. If you curb spending when the economy is coughing and sputtering, you will kill growth. Deficits will normally be higher when growth is slow.

Modi should also remind Jaitley of what happened to the UPA: it spent like crazy when the going was good (2004-2010), and continued spending like crazy when it was time to cut back (2010-2013); and it was forced to cut back just when government needed to spend more again (2013-15), both for economic and electoral reasons. Little wonder the UPA lost in 2014.

Does Modi want to repeat UPA in 2016-19? It is best to take the Pay Commission hit at one go and pray for some bit of good luck later. If there is likely to be a least-bad year in which to implement it in full, it is 2016-17.