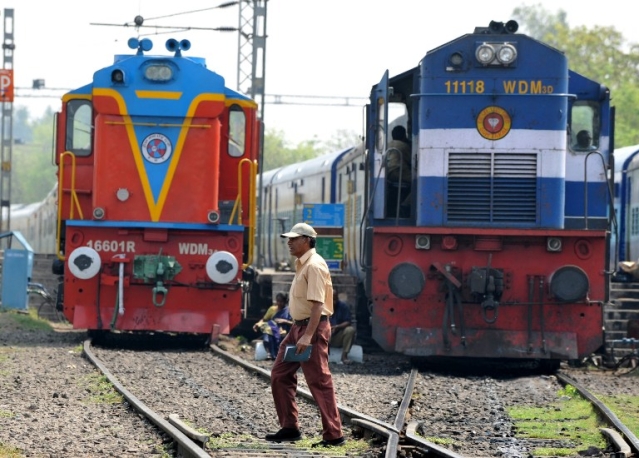 Why not have trains with 36 coaches? This means, on most stations, the coaches at either end of the train will be outside the platform. So what? These are vestibule trains. Passengers can move from one end of the train to the other.

The standard caveat applies. Which is: I am a Member of a Railway Committee. What I have to say—if it spills over from the factual to my own views—has nothing to do with what the Committee will necessarily recommend.

I have talked about stations, and amenities for passengers at stations. But passengers don’t want to spend time at stations. Stations are no more than transit points. Journeys on trains, and amenities on trains, are more important. Indian Railways (IR) runs around 7,000 passenger trains, leaving aside goods trains and local trains. Obviously, all these trains aren’t similar. If nothing else, there are mail/express trains and there are ordinary trains.

On the same track, IR runs fast passenger trains, slow passenger trains and goods trains. Have you ever wondered what a mail train is? This is a school textbook quiz question. A mail train is one that carries mail and therefore has an RMS (Railway Mail Service) wagon attached to it. When we were young, these were a familiar sight. But when is the last time you saw a RMS wagon? While some trains still carry mail, I think there are very few (probably none) with RMS wagons now. The mail nomenclature no longer serves any purpose. A mail train is no different from an express.

Understandably, an express train has fewer stops than a passenger train, but not always. For instance, if there is a stretch where there is no slow passenger train or no local train, an express train may stop at every stop, though on other stretches, where there are such trains, it doesn’t stop everywhere. Within the mail/express category, there are better trains, the super-fast lot. The expression super-fast, and the levy of super-fast charges, now has an element of what can only be called deceit. There is no longer any strict definition of a super-fast train.

Once upon a time, a super-fast train meant a train with an average speed of at least 60 km/hour. With an increasing number of trains and no commensurate addition to tracks, this was reduced to 55 km/hour. But we not only added trains, we also added stops. So 55 km/hour is now calculated after excluding halts and the average speed can be anything. Thus, a super-fast surcharge is nothing but a superior train surcharge.

Vestibule trains, where you can travel throughout the train, from one coach to another, are the best. Rajdhani, Shatabdi and Duronto are examples. You are certain to get pantry cars on these. (You can get catering, without pantry cars.). An additional point about speed. There is a maximum speed from a train, given the locomotive, coaches and tracks. For instance, the Rajdhani can do a maximum of around 130 km/hour and the Shatabdi around 150 km/hour. There is a notion of a booked speed, the speed used to make up the time-table. Earlier, the booked speed was lower than the maximum speed; there was slack. So if a train was late, a driver could try to accelerate up to the maximum speed and make up the delay. In the second half of the 2000s, to cater to the large number of trains and extract the super-fast surcharge, this difference was eliminated. The maximum speed is the booked speed.

Consequently, if a train is late, a driver can no longer make up. The train is permanently late. A delayed train can still make up, because there is some slack in halts. But the driver no longer has the flexibility. In passing, a station-master maintains scrupulous records of when a train arrived at his/her station and when it departed. This tests punctuality at the station. Station-masters are supposedly accountable for delays caused at stations. While I can’t vouch for this, my sense is that this accountability has collapsed, though the accounts are maintained.

A train is made up of coaches and this is called a rake, a term also used for goods trains. The total number of passenger coaches with IR, excluding suburban coaches, is around 42,000. There is a shortage of coaches. Production units within the IR system, which manufacture coaches, aren’t able to keep pace with demand. There have been problems with new production units for coaches, and problems with the private sector producing and leasing coaches. We will come back to these problems in later columns. For the moment, a coach has a lifespan of 25 years, though given the scarcity, this may be stretched to 30 years. A coach goes through a mid-life crisis, that is, comes into a maintenance workshop for a mid-career maintenance, at around 12 years. Major refurbishments are easily done then. But before that, if major refurbishments are undertaken, such as the retrofitting of bio-toilets, that can be very expensive.

Earlier, there would generally be a 10% slack of unused coaches in rolling stock. But as more and more trains were introduced, this declined to 5%, with these surplus coaches often suffering from bad maintenance. If a special train, or a new train, suddenly has to be cobbled together, you can understand why the rake is less than satisfactory. It can be a hotch-potch. The older coaches used to be of the ICF (named after the Integral Coach Factory) type. In the case of a major accident, like a collision, these were unsafe. The newer ones are of the LHB (named after Linke-Hofmann-Busch) type. LHB coaches are made of steel or aluminium. They aren’t just safer for head-on accidents, they are more comfortable in other ways too. They are also more expensive. A LHB coach will perhaps cost Rs 3 crore. An ICF coach may come for as low as Rs 1.5 crore. Track and locomotive permitting, a rake consisting of LHB coaches can do 170 km/hour. IR plans to replace all ICF coaches with LHB ones. You will already see them on better trains, beginning with Rajdhani, Shatabdi, Duronto, Poorva and so on. But all 42,000 coaches to be replaced will take a long time, perhaps not before 2040. Think of that 42,000. Say 5% are kept as reserve. Divide by that number of 7000 trains; this gives an average of less than 6 coaches per rake.

Is this because of a shortage of coaches alone? Not quite. Some passenger trains are simply not commercially viable. Depending on how the interior of the coach is designed, there are different categories of travellers. AC-I takes 18 passengers, AC-2 tier 46, AC-3 tier 63, Chair Car 75, Executive Chair Car 45, 2nd class seating 103 and 1st class 26. With present fares, the money-spinner is AC-3 tier, followed by AC-2 tier. Left to itself, IR would probably run rakes with only these types of coaches, for long distances.

Can one shut down an unviable train, without going through Parliament? Parliament comes in, because there is a Railway Budget that Parliament votes on. The legal answer is yes. But if attention is attracted, closing down an unviable train will lead to a furore. Best to do this through benign neglect, such as reducing the number of coaches. Most better stations now have platforms that can take 24 coaches, though a typical Rajdhani rake will only have 20 coaches.

Since track-creation is a problem, IR has tried to double goods trains, a bit like two goods trains attached to one another. How about doing it for passenger trains too? The double decker idea is a bit like this, going vertically up. Realise though that the lower deck of a double decker acts like a funnel, sucking in the dirt. Therefore, a double decker has to be air conditioned, making tickets more expensive. Similarly, horizontally, for trains that are viable, why not insist that all rakes should have 24 coaches?

I have an idea that most people think is crazy. I would like the rakes to be of 36 coaches. This means, on most stations, the coaches at either end of the train will be outside the platform. So what? These are vestibule trains. Passengers can move from one end of the train to the other. Of course, those at either end will be inconvenienced. So reserve those seats only for those who will travel up to the terminating station, not intermediate. Perhaps give them a fare discount for the inconvenience.

There is plenty more to be said on passenger trains and I will continue next week.