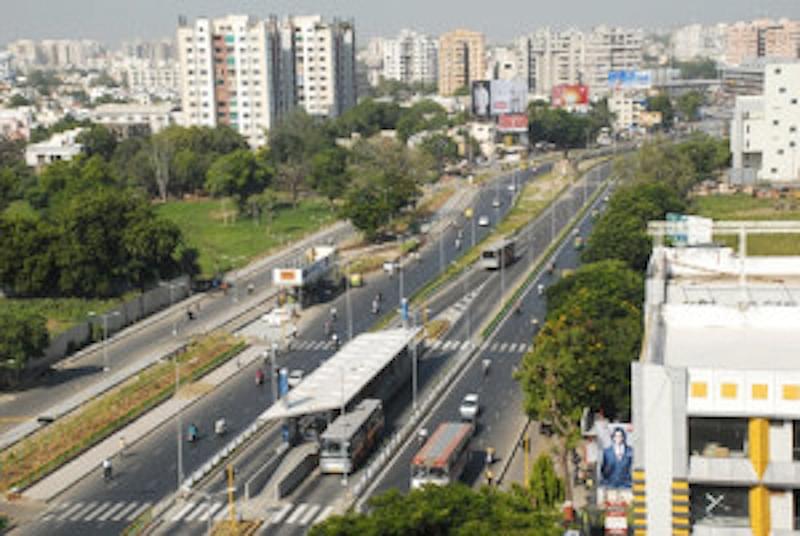 As India enters a period of rapid urbanization there is a need to re-imagine the way transportation works in our cities. Presenting a three part series on urban transportation.

Bursting at the seams, drowning under own waste and sewage, acute water shortage, traffic snarls, judicial intervention to stop certain categories of vehicles to enter-that’s how one can sum up the Indian urban landscape. Is this the nadir? We seek to answer these questions and also examine the other urban issues in this series.

This is a three part series: the first part discusses the imperative of intervention and need of multi-modal planning, second part discusses options of rail-based guided transport and part three briefly touches upon road-based solutions, with small discussion on waterway options.

The challenge of creating sustainable urban enclaves is dealt by several of the government departments-if this doesn’t complicate the issues, then we add different administrative ministries and add some classic spin by keeping various items spread across in central, concurrent and state lists. With 16% of humanity living in India, the sheer numbers present a new dimension. Thus the need for a fundamental relook.

At the outset, a disclaimer — I am not an economist and lack the training to analyse the financials with rigour — I am a practicing engineer, I look for sizing up the challenges in its physical manifestation before moving on to explore enduring solutions.

At the root of urban decay and unplanned urbanisation is the massive change of rural-urban mix of the burgeoning population. Hence, we first size up the population dimension of urban challenge and identify the inevitable imperatives.

Urbanisation and its Place in Socio-Economic Evolution

From being a nomad and a hunter, the next stage of development of societies saw human beings become a food producer, food processor and harnessing of animal power leading to settlements. For fuel, water and food, there was direct dependence on the nature. So, wood for construction and fuel had to be collected by the people who needed it.

With economic specialisation, societies started structuring themselves, and this became entrenched. The population increased as more numbers could be sustained in a settlement. However, this required regular and adequate supplies of wood and food being brought in and the waste being evacuated. The distinction of a village and a city can be based on such an economic specialisation and economic makeup of the settlement.

From every unit of society being self-sufficient, the specialised formations freed specialist workers from the need to collect fuel, building material, food-which was possible because of economic structures permitting trade of goods and services. This specialisation forms the bed rock of civilisational evolution to where we are. From everyone’s direct dependence on the nature, the new structures permitted inter-dependence and freed several hands and minds for pursuing knowledge (skill included).

On this timeline one finds how power of brain slowly got precedence over power of muscle-a shift which underscored the remarkable progress our species made in past few centuries.

This aspect needs to be understood to appreciate the urban challenge as it is the very basic requirement which has remained unchanged ever since the urban structures were formed. Being fundamental, it applies to all societies and political systems.

Thus, a city needs to provide not just for the residence. It also requires complex constructs outside to bring in what it needs and evacuate the waste. A city can’t produce its own fuel, food, and most of the ‘things’ it needs to maintain a standard of living (think of soaps, toothpastes, medicines etc.). Also, a city being geographically limited, the waste needs to be evacuated.

Figure #1 gives non-residential requirements for a city-something which needs to be studied together.

Figure #1: A city being looked at without the obvious residential dimension.

If just conceived as a cluster of dwellings, a city would turn out to be another Gurgaon, despite the fact that Gurgaon emerged largely as a greenfield city (with no municipal water, electricity, sewage grids, you just need a bit of rain to get the roads flooded). If more houses are added as in most of the existing cities, one sees acute shortages of water, poor sanitation, weak electricity grids and traffic snarls: Delhi and Mumbai are the poignant examples, so is Bengaluru.

What has been captured in Figure #1 gives several of the ‘must-have’ very basic definitive dimensions. Now, if one evaluates Indian cities on this, one finds that the affluent arrange for their own water by having personal bore-wells, have their own electricity generation, have a fleet of personal vehicles, own septic tanks, own security etc-a throwback to the days which denotes economic primitiveness.

Clearly, this can’t be the way ahead.

The Population Numbers-Sizing up the problem

A third of Indian population lives in urban areas (figure #2). Every year 10 million migrate to cities.

Figure #3: Source: Population Division of the Department of Economic and Social Affairs of the United Nations Secretariat, World Population Prospects: The 2012 Revision.

The urban challenge has been captured in several analyses which examine water, sewage, pollution, transit etc. One finds that there are very serious efforts being made in urban India to handle passenger transit (Metro Rail), major plans for sewage and drainage, electricity distribution, consolidated planning of cities and satellite towns, etc.

However, for the case I build, I would solely focus on the key element-the population numbers.

Figure #4: Urban fraction of total population for the two most populous nations of the world. Higher rate of urbanisation indicates more mature economy as people move to avail more diverse economic opportunities and options. Also, this indicates upgradation of villages to cities.

The following cryptic summary should make all of us anxious (this plays out in another few decades-in our own life times!):

The uptake? More populated urban regions are going to emerge – many of which don’t exist as yet. There is hence, urgency for urban renewal and planning. When we see it with figure #1, one also notices the imperative of better land use planning.

This leads to inevitability of accepting that there would be a need to take another look at property rights and entitlements (reader may note that underground water can’t be tapped by the owners of land above it as freely as in past-as the underground water is increasingly seen as community resource). India had one round of land reforms post independence; do we need another one in view of the above?

However, I don’t intend to tread into issues of land use, but would rather like to examine the inter and intra city transport links. This mostly revolves about passenger movement. But we will also dwell on freight transit – unless robust mechanisms for freight transit are not provided for, no city can realise its full potential. In fact mobility options by way of new emerging options like Electric Vehicles also unwittingly revolve around personal passenger vehicles.

The Challenge of Transit: Freight

Any talk on urban mobility inevitably brings passenger transit to the fore, clouding the other aspects of mobility. Whereas, as seen in figure #1, passenger transit is but one part of the mobility requirement. Any economy would require movement of not just the men, but also materials.

A WB study estimates that in a mature economy 30-50 tons of goods per year need to be handled per person. Also, the same study notices that with increasing economic development there is distinct modal shift and figure #5 illustrates the same. This is something which can be seen on the streets of various cities. More on this later.

To illustrate-we see malls as preferred format of shops. These malls which stock a variety of goods usually can’t afford to keep their entire inventory in their premises. Their godowns have to be located outside in the areas where land is cheap. Clearly, premium land use would be for human dwellings, schools, hospitals, commercial establishments and offices, not for the godowns for soap and cisterns (makes sense to move lifeless goods, than forcing living beings).

So, for a functioning city, there has to be satellite godowns which can easily be stocked by moving in large containers without their need of being moved with in the city. These godowns then get linked to the shelves by physically smaller vehicles. A concomitant need of movement of waste also arises from within the city to without. Unwittingly such a model exists as most of the warehouses get created in the outskirts of the cities.

The last mile is usually a truck, van, auto rickshaw, bike or a cycle. In absence of the comprehensive planning for urban freight, there is no aggregation of services and freight vehicles share same space as passenger vehicles and pedestrians. Each sector would have its own need or its own flavour of supply chain, which in turn determines the modal mix or options.

Golden distance for urban supply chain can be summed up in 50 km links within urban and suburban regions, which can then be linked over a 500 km radius. Taking Delhi as centre, a radius of 500 km will encompass several important cities ranging upto Bikaner, Amritsar, Chandigarh, Lucknow, Jhansi and all the cities and towns thrown in this circle (its a geographical advantage that this circle is all of flat terrain).

Such an exercise at each metro would deliver a much highly integrated supply chain options for transporting not just finished goods but also give market access to perishable produce.

Similarly, if one notices, India has several cities within a distance of 500 km of each other. This gives us a wonderful opportunity to look at transit and storage solutions to be planned together (in substantial measure, this would apply to passenger transit as well). This would ease stress on cities per se and distribute the pressure of giving economic opportunities and decent life over a larger geography.

Having seen the need to span this distance the options are land based (roadways, rail based), waterways, air. Presently, short haul air services on smaller crafts and river navigations is practically non-existent. This aspect needs a separate treatment.

There is need to see how large container ships get linked to the shelves in the shops on one hand and how SMEs producing small volumes would get plugged to the global trade highways. In this lies the key determinant of our sustainable competitiveness and prosperity. Trunk connectivity has been undertaken by the Indian Railways which has now matured to handle low value bulks. With reforms being talked about, India’s rail system would also be required to handle high value ‘smalls’ on the same footing. However, as we would discuss, the IR doesn’t have rolling stock platforms to meet this.

I would like to talk about the platforms and technologies which ease movement of goods from within and without cities. These, and more, in the next part of the series.