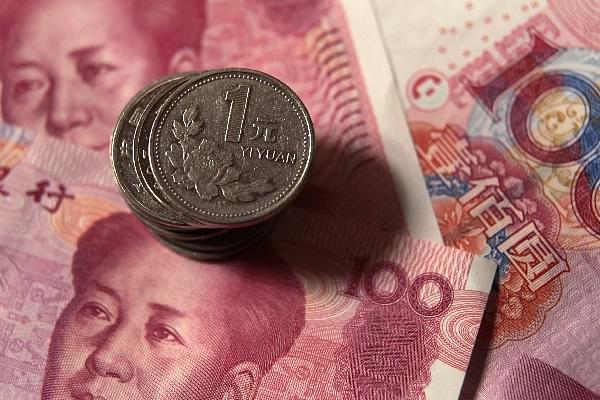 Many keen observers now believe that China is probably suffering from a major economic meltdown. How should India respond?

Even while the country was enmeshed in the parliamentary stalemate stifling the reforms agenda, the Indian economy was confronted with the sudden and stunning development of the devaluation of the Chinese Yuan. For well over two years, Chinese policy makers consistently anchored the currency at around US$ = Yuan 6.20 +/- 0.10. With three consecutive devaluations in three days, as on August 13, the new reference level of exchange rate is US$ = Yuan 6.3975. With the cumulative devaluation of about 3.5 per cent so far, the Chinese currency is at the lowest point in the last four years. The yuan is still only allowed to fluctuate up or down 2 per cent on either side of the reference rate, but there is a growing worry about whether there is something more in the pipeline.

The International Monetary Fund welcomed the new mechanism for determining the central parity of the renminbi and observed that “… it [China] should allow market forces to have a greater role in determining the exchange rate. The exact impact will depend on how the new mechanism is implemented in practice. Greater exchange rate flexibility is important for China as it strives to give market-forces a decisive role in the economy and is rapidly integrating into global financial markets…..”.

However, coming as it does after an unprecedented collapse of the Chinese stock markets since mid-June 2015, the global financial markets have greeted this news with a predictable sense of shock. Indeed, it has caused widespread turmoil not only in Asia (including India), but also in the European stock markets. Moreover, there are fears that this trend could potentially lead to a currency war which, in turn, would destabilize the global economy.

Many keen observers now believe that since China is probably suffering from a major economic meltdown, its policy makers are calibrating the Yuan devaluation to combat this challenge through boosting exports. What would be its fallout? Obviously, a deadly combination of devaluing Yuan accompanied by excess manufacturing capacities and stagnant domestic consumption demand would force down prices of Chinese imports into advanced countries as well as emerging market economies. There are also fears that China’s current slump may be spreading across Asia, especially in economies with which China has a strong trade relationship. All these factors threaten to cause or strengthen deflationary cycles in many of these countries.

Both advanced and emerging market economies would obviously gear their policy responses to deal with the emerging challenges to global trade and financial markets. For India, apart from the immediate pressures on the exchange rate of the rupee, there are serious issues about protecting many vulnerable domestic industries from cheaper Chinese imports – for example, steel and steel products, other metals, power equipments, etc.

Likewise, India’s exports to China would be severely constrained due to the relative erosion in their competitive pricing. In addition, Indian exports to other countries would face more intense competition from Chinese exports, particularly in textiles and clothing, steel, auto components, engineering goods, etc.

China is one of India’s biggest trading partners with current two-way trade close to US$70 billion. But India’s trade deficit with China has soared from just US$1 billion in 2001-02 to more than US$40 billion now. The Yuan devaluation would aggravate this trade imbalance, unless it is counter-balanced by conscious efforts to allow the rupee to depreciate or raising the tariff barriers.

Two developments have taken place: First, driven by market forces, the rupee has already depreciated by 2.7 per cent between July 10 and August 14 from US$ = Rs.63.38 to US$ = Rs. 65.12. Whether this is good enough, one is not sure. I believe that in real effective exchange rate (REER) terms, the Indian rupee is still overvalued, and hence, it must depreciate further to, say, US$ = Rs.66.

Second, the government has raised import duty on base metals, which includes iron, steel, copper, nickel and aluminium by 2.5 per cent.

However, these are temporary palliatives. What is important is to seize this opportunity by strategizing the implementation of the reforms agenda. There should be a five-fold strategy:

1. Key economic indicators – fiscal balance, current account deficit, forex reserves, inflation rates – have been consistently improving for well over the past year. This development needs to be carefully strengthened to facilitate a reduction in key policy rates (and, thereby, cost of capital), and orderly calibration of the rupee’s exchange rate. Further sharp devaluation of the rupee, say, beyond US$ = Rs.66 to Rs.67 would tend to be counter-productive from the viewpoint of promoting investment and manufacturing growth.

2. The government must reach out to the opposition and state governments to overcome the legislative hurdles in the formulation of the reforms agenda [e.g. the GST and land acquisition legislation] and also get major stalled infrastructure projects going.

3. In the context of the current global slowdown and the possible hard landing of China, the government would have to redesign its focus and start a more intensive “Look Within” campaign and stimulate domestic consumption and investment demand. There is a case for “Make in India” not for exports but “Make for India”, till such time as global trade regains the growth momentum. Growing domestic markets would enable Indian industries to build up economies of scale, which could subsequently be leveraged for promoting competitive exports.

4. Consistently falling international commodity prices, especially of crude oil, are presenting the government with a huge fiscal bonanza. It would be appropriate if, say, 10-15 per cent of such gains are earmarked exclusively for reinforcing growth potential of value-adding export-oriented manufacturing like textiles and garments, engineering products, auto components, etc.

5. Lastly, it is now an opportune time to redesign the Foreign Trade Policy of April 2015,not only on considerations of contracting exports in the wake of the rapidly changing international trading scenario, but more importantly, the uncertainties unfolded by the Chinese devaluation. Many of the incentives and promotional schemes, including the efforts being made towards ease of doing export business would call for recalibration through consultative process with various stakeholders, including the state governments.