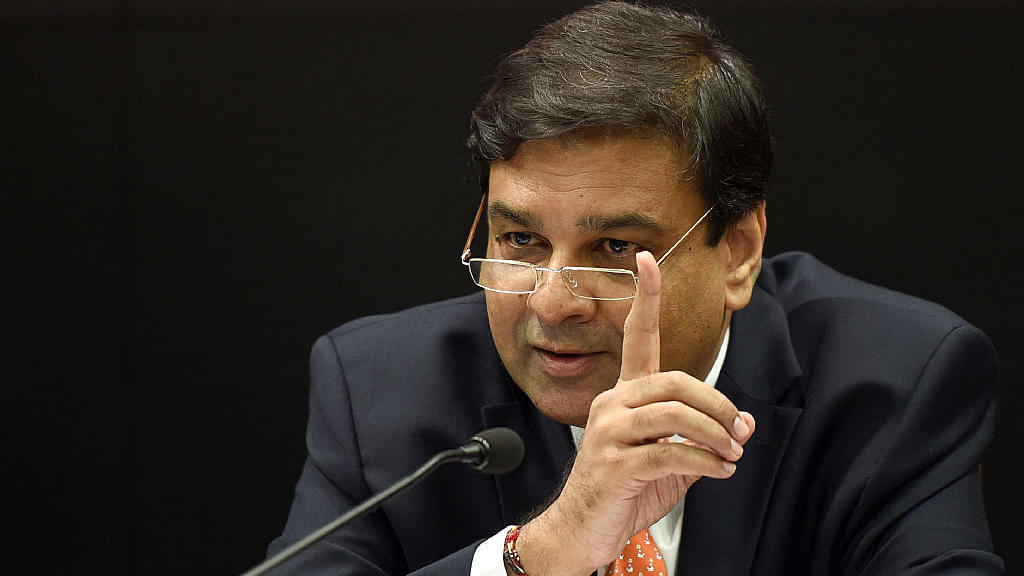 Urjit Patel's first monetary policy as Reserve Bank Governor has received its share of bouquets and brickbats: bouquets from government, bankers and industry, and brickbats from a small contingent of economists who think he has moved away from his predecessor's strong focus on inflation. To a limited extent, the second group is right, but the operative word is limited. They are right to deduce that Patel has interpreted his inflation mandate more broadly than Raghuram Rajan, but this is exactly how it should be.

This is what Patel has done. First, he has cut the repo rate, but no one really objects to this move. Simultaneously, he has also recalibrated the Reserve Bank’s stance on inflation, by pointing out that the mandate is the entire range allowed under the agreement with the government. The RBI has to keep consumer inflation in the 2-6 per cent range, and not specifically target the middle 4 per cent rate. Lastly, he also said that he was lowering his real interest rate target to 1.25 percent, which is one quarter of one per cent lower than Raghuram Rajan’s 1.5 percent. At August’s level of 5 per cent Consumer Price Index (CPI) inflation, Patel’s repo rate of 6.25 per cent is 1.25 per cent in real terms.

Brokerage firm Nomura titled its report “New RBI dilutes the old RBI framework”. The Economic Times quotes the Nomura report as saying: “Our main takeaway from the policy meeting is that there has been a dilution of the tenets of the flexible inflation targeting framework under the new RBI (Dr Patel) compared with the old (Dr Rajan).”

Nomura is not wrong to conclude that nuances have been tweaked by Patel, but these changes are for the better.

To understand why, let us be clear about the RBI’s mandate. The Nomuras may think it is just about inflation, but the central bank has three clear mandates - inflation, growth, banking system stability – and one less acknowledged one (managing government and negotiating autonomy to manage inflation to the extent any central bank can do so on its own).

The slight shift in emphasis from inflation to growth is hardly the wrong thing to do at this juncture.

Patel is right to interpret his mandate as the need to keep consumer inflation in the 2-6 per cent range. He will try and target the 4 per cent midpoint over the longer term, perhaps by 2021, when the current agreement ends.

The fundamental flaw in our inflation targeting exercise is that we are looking at the wrong number: we should not target the whole of the consumer price index (CPI), but only core inflation, which is amenable to monetary measures. Core inflation is retail inflation that excludes volatile items like food or fuel. It represents the underlying rate of systemic inflation. In August, core inflation was 4.7 percent, which the CPI was 5.05 percent.

If we accept that food prices can gyrate with the monsoon and fuel with every Opec meeting or West Asian war cry, our monetary policy will have to yoyo every year if we target CPI in general. It is best to leave food and fuel inflation to be fixed by supply side and fiscal responses, rather than monetary policy. Rajan got undue credit for the drop in inflation though his contribution to the drop was very small. Moderate increases in food support prices, a reduction in fuel prices, and expert fiscal management over the last two years were key factors in bringing down the headline inflation number. High interest rates helped by lowering inflationary expectations, but that’s about all.

The reduction in the real interest rate benchmark also makes sense, especially in the context of India. Given the age demography of our population, growth may matter more than inflation, unless the latter gets out of hand. That is not the case right now. Also, if we assume that lower rates favour younger borrowers over older savers, it is logical that we should tilt in favour of lower real rates, given our demography.

Most important, nothing in economic theory tells us that real rates hold the key to pushing up savings. People saved even when there were no banks to put money in, and people spend even when banks charge extortionate rates on credit cards. Sure, higher rates will nudge people to save more, but people actually save when they need to, just as they borrow to invest when profitability look good, not just because rates are favourable.

Patel’s narrower band for real interest rates makes sense, especially where there are safety nets offered for those who need higher real rates. We have the Senior Citizen’s Savings Scheme (8.5 percent), PPF (8 percent), and Kisan Vikas Patras (7.7 percent), all above bank interest rates. These small savings rates, despite two cuts this year, are well above market levels.

Then, we need to come to the RBI’s third mandate: keeping the banking system stable. At a time when the government is in no position to recapitalise banks to the level they need, banks have to generate more profits internally. This has been done by Patel by both cutting repo rates, which help banks improve treasury profits, and by easing up on prudential norms for stressed assets.

Rajan did the right thing by forcing banks to recognise bad debts and clean up their balance-sheets, but Patel is actually giving them breathing room to make this shift steadily rather than jerkily.

On the fourth goal – managing government - Patel has reassured North Block that he is not on a solo trip to earn plaudits from economists and bond market mavens. He has earned for himself enough wiggle room to tighten policy when needed.

Flexibility, rather than rigidity, should be the hallmark of central bankers. They cannot have all the answers, and to believe that they can single-handedly kill inflation is the worst illusion they can harbour. Show me one Western central bank that has hit its inflation target in the last eight years, despite having super-sophisticated transmissions systems.

The right way to look at the RBI Governor’s role is that of a risk manager. He has to assess various risks, and move to reduce those risks. Addressing risks needs flexibility and the use of many more instruments than just interest rates. That is the lesson we need to learn from the failure of Western central banks post-2008.