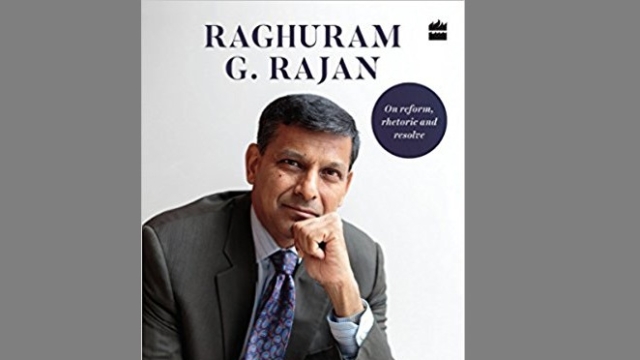 The Governor of the Reserve Bank is much more than just a regulator or a central banker. Since the RBI is both the lender of last resort, as well as the custodian of the country’s foreign exchange reserves, the Governor is the primary manager of macroeconomic risk in the country. If the Governor takes this role seriously, he (or she) has to warn when he fears the economy is in danger of going down the wrong path. As an apolitical technocrat, he can neither be a cheerleader for the government, nor can he be an unconstrained critic. This is a fine line to tread, and the Governor has to pick both the issues he speaks on, as well as the tone of his commentary, very carefully.

The mistake on all sides is to treat the RBI Governor as just another bureaucrat. If the Governor takes this mistaken view, he ends up being subservient to the central and state governments, and not offering an independent technocratic perspective that could keep the nation from straying into economic distress. The RBI Governor has to understand his role, and know it occasionally entails warning of macroeconomic risks from government actions or saying ‘No!’ firmly.

Every government tests what the RBI Governor will acquiesce to, and ideally, it will not push beyond a point, knowing that the RBI’s cautions are worth heeding. If the government takes the mistaken view that the RBI Governor is just another bureaucrat, it will be displeased when it sees the Governor deviating from the usually deferential behaviour of bureaucrats, and it will strive to cut him down to size. This does not serve the country either.

I was determined not to neglect my responsibilities as national risk manager, even while trying to explain to the government of the day why this was a necessary role. Where I had direct responsibility, this meant saying no in private occasionally, even while offering safer alternatives for what the government intended. Where I had indirect responsibility, this meant advising or counselling in private, and occasionally, when the issue merited a national debate, speaking in public. Of course, my past experience as Chief Economist of the International Monetary Fund, where my job was to identify macroeconomic risks across a variety of countries, gave me a unique cross-country perspective, and heightened my sense of responsibility.

I also felt this responsibility from a different source. Because of the relentless press attention, I realized that many young people who were looking for a role model now saw the Governor of the Reserve Bank as one they wanted to learn from and imitate. I felt I had to display the highest professional integrity, over and above the obviously necessary personal integrity, if I were to discharge my responsibility to these youth.

While the Governor has to warn about risks where necessary, he is not an agent for the opposition. He continues to be an essential part of the country’s administration, and his objectives have to be the broader government objectives of sustainable growth and development. The danger in a country that is unused to legitimate words of caution, and a press that is accustomed to deference from bureaucrats, is that it may misinterpret this role. A new narrative may form around the Governor. He can come to be seen by the press and social media as a critic, and every speech or comment of his is then scrutinized for evidence that supports the narrative. Should the Governor disappear from public view and not speak for fear of misinterpretation, or should he take the risk in order to discharge his responsibilities? I chose the latter, in part because I thought it was extremely important that our country should steer a stable path when surrounded by so much global risk, and in part because I thought young people (including my own younger staff at the RBI) should realize that it is important to speak up when one’s responsibilities demand it. I did, however, meet regularly with the government to share my views and listen to its point of view, and always left feeling that there was mutual understanding.

Given my risk manager’s perspective, and given that we were recovering from the currency turmoil, in my first speech on the economy I tried to talk up what was going on in India. However, I also had to respect the dharma of the central banker, and not indulge in excessive hype. Indeed, this swing from excessive euphoria to excessive pessimism and back was the subject of my speech at Harvard Business School in October 2013.

Social media does take a life of its own. In its world of alternative truths, the reality can get grossly distorted. Occasionally, in a game resembling Chinese Whispers, each commentator opined on what they thought I had said, based on a previous commentator’s garbled version, without many bothering to find out what I actually said.

Speaking of being misunderstood, perhaps the greatest flak I got was for some comments I made at the end of a tiring day at the IMF meetings. I was being interviewed for MarketWatch by Greg Robb, whom I knew well. In the middle of a long interview, the question I was posed was:

MarketWatch: The Indian economy is the bright spot in the global economy. When other central bankers and finance ministers ask you for your secret sauce, what do you tell them?

My natural caution as a central banker as well as my concern that our recovery was work in progress suggested I should not boast. So here is what I said.

Rajan: Well, I think we’ve still to get to a place where we feel satisfied. We have this saying, ‘in the land of the blind, the one-eyed man is king.’ We’re a little bit that way. We feel things are turning to the point where we could achieve what we believe is our medium-run growth potential. Because things are falling into place. Investment is starting to pick up strongly. We have a fair degree of macro-stability. Of course, not immune to every shock, but immune to a fair number of shocks. The current account deficit is around 1 per cent. The fiscal deficit has come down and continues to come down and the government is firm on a consolidation path. Inflation has come down from 11 per cent to less than 5 per cent now. And interest rates therefore can also come down. We have an inflation targeting framework in place. So a bunch of good things have happened.

There are still some things to do. Of course, structural reforms are ongoing. The government is engaged in bringing out a new bankruptcy code. There is goods and services tax on the anvil. But there is a lot of exciting stuff which is already happening. For example, just last week, I was fortunate to inaugurate a platform which allows mobile-to-mobile transfers from any bank account to any other bank account in the country. It is a public platform, so anybody can participate. It is not owned by any one company, unlike Apple Pay or Android Pay or whatever. I think it is the first of its kind. So technological developments are happening and making for a more, hopefully, reasonable life for a lot of people. Let’s see how it goes.

On any fair read of my entire answer, one would conclude that I was optimistic about India, not downplaying what was going on, even while recognizing we had work to do. But social media went to town after plucking just the following words out of the answer: ‘We have this saying, “in the land of the blind, the one-eyed man is king.” We’re a little bit that way.’ A couple of ministers, fed this quote, commented adversely on what I said. I was finally fed up of the perhaps motivated search for controversy. So I picked the National Institute of Bank Management Convocation on 20 April 2016 to say the following, cautioning on euphoria and ending by emphasizing once again the need for mutual respect and tolerance.

In the absence of a functioning bankruptcy code, the RBI put together a number of schemes to facilitate bank resolution of distress. We repeatedly re-examined the schemes to see how they could be tweaked to facilitate resolution. Unfortunately, with the exception of a few hard-charging and conscientious bankers, the general mood among the bankers was to continue to extend and pretend. They feared they would be held accountable for any concession they made, and constantly (and perhaps understandably) avoided taking decisions. In this environment, the idea of a bad bank, funded by the government, that would take the loans off their books, kept cropping up. I just saw this as shifting loans from one government pocket (the public sector banks) to another (the bad bank) and did not see how it would improve matters. Indeed, if the bad bank were in the public sector, the reluctance to act would merely be shifted to the bad bank. Why not instead infuse the capital that would be given to the bad bank directly into the public sector banks? Alternatively, if the bad bank were to be in the private sector, the reluctance of public sector banks to sell loans to the bad bank at a significant haircut would still prevail. Once again, it would solve nothing.

As we found banks reluctant to recognize problems, we decided not just to end forbearance but also to force them to clean up their balance sheets. The Asset Quality Review, initiated in 2015, was the first major exercise of this nature in India, ably led by Deputy Governor Mundra. I would especially highlight the role of two extremely polite and self-effacing but tough-as-nails ladies, Chief General Manager Parvathy Sundar and Executive Director Meena Hemchandra, who really energized their staff and assured them of their support at every turn. The young team they put together was tireless, and made me aware once again of what we are capable of if we put our minds to it.

Every situation of banking sector stress I have ever studied was fixed only by recognizing the problem, resolving the bad loans, and recapitalizing the banks. India was no exception, but once again there were a bunch of critics who claimed that cleaning up the bad loan problem was what led to the slowing of credit by the public sector banks. In a speech in June 2016 in Bengaluru, I made the case for the clean-up once again by asking these critics to actually look at data, which showed the slowdown started before the clean-up, probably as banks became aware of the magnitude of the problem.