Whatever Happened To India’s Thorium Advantage? 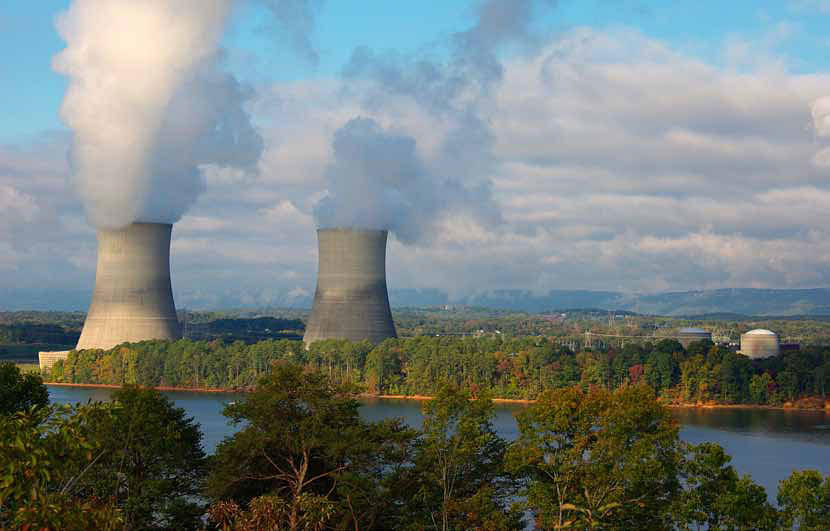 To think it has been over ten years since the hard-won July 2005 in-principle accord on civil nuclear cooperation was reached between India and the US.

And, in all this time, we have just two Russian 1,000 MW nuclear power plants in series at Kudankulam, coming fitfully on stream now, after horrendous delays and protests.

And there is a promise from Putin that he will help us build one more, to generate 3,000 MW of power in all from Kudankulam. Russia will also provide the fuel required to run the units throughout their life cycle. And it will let us keep the plutonium produced.

It is ironic that it is the Russian plant, and not one from the flashier Americans, the Canadians, or the French, which has got to the operational stage first. But yes, the Canadians and Australians now sell us uranium, ostensibly without problems, though they tend to change the goal posts at will after each of their several government changes.

The sticking point is that every operational Indian reactor is run on uranium, which is a strategic fuel, very expensive too, and we have almost none available indigenously. This puts us in a very sorry position with the Nuclear Suppliers’ Group.

A month after this accord with the US, on August 25th, 2005, at a week-long international conference on emerging nuclear energy systems in Brussels, Bhabha Atomic Research Centre (BARC) scientists V Jagannathan and Usha Pal stated that BARC had  designed the “world’s safest nuclear reactor,” after some seven years of effort.

The scientists unveiled a path-breaking design for A Thorium Breeder Reactor (ATBR),  that can produce 600 MW of electricity for two years “with no refuelling and practically no control manoeuvres.”

This prototype ATBR  did need about 2.2 tonnes of plutonium as “seed”, consuming 880 kg of the plutonium annually to ignite and generate energy from the reactor core to convert 1,100 kg of thorium into fissionable uranium 233. This differential gain in fissile formation made the ATBR a kind of Thorium Breeder that enabled an almost perfect balance between fissile depletion and production by causing in-bred U-233 to take part in energy generation.

This, in turn, extended the core life to two full years. This longevity, it was claimed, was greater than any other nuclear power reactors’, because fissile depletion in other systems takes place much faster than production of new fissile material.

A US company attempted to market this ATBR abroad in 2009, but nothing came of it. It is still very much a uranium fuelled world.

Plutonium being hard to come by in India, the successors of this ATBR prototype were expected to run entirely on thorium and fissile uranium-233 bred inside the ATBR reactor itself or obtained locally by converting fertile thorium into fissile uranium-233 ,by a process called “neutron bombardment”.

To cap it all, this Indian ATBR, the two BARC scientists said, was safer and more economical to run than any other type of nuclear power reactor extant worldwide.

This is very relevant, in its place, because of the antipathy towards nuclear reactors in the US (particularly after the accident at Three Mile Island and at Chernobyl in the USSR), that has kept electrical power generated by a clutch of ageing US nuclear reactors to a relatively low 23%.

The key fact, strategically speaking, was that the ATBR ran entirely on thorium, except for that seed plutonium in the prototype to kick start things. Thorium is plentiful in India. We have the 2nd largest deposits in the world: some 32% of global reserves. What have we done, since 2005, to exploit this? Absolutely nothing.

The BJP put it in its general election manifesto in 2014, that it would develop our thorium potential. The only thing that happened with thorium under UPA beyond the ATBR prototype, is that it was being mined illegally on the beaches of Tamil Nadu, and the sand containing monazite and thorium, was being exported; in yet another scam to add to the tally.

This lack of action on thorium and the strenuous efforts to sign the nuclear accord with the US, even though we have practically no uranium of our own – between just 0.57% and 0.8% of the world’s reserves, is perplexing. We also cannot make a uranium-based reactor domestically!

This lack of domestic uranium, combined with strict checks on its importation, plus a chronic shortage of funds, is the historical reason why India’s atomic power programme has languished.

Still, some estimates say, if all the other plants in various stages, come to operationalise, and the fuel keeps coming, the tally could rise to 10,080 MW by  2017. Against, that is, the erstwhile Indian Planning Commission target for 2020. Half a loaf is better than none. And then there’s clean energy- solar, wind etc. initiatives too.

Principally though, with faster growth has come growing dependence on petroleum instead, and though the prices are below $ 50 a barrel today, we do import 80% of our huge demand, and it accounts for the biggest chunk of our import bill.

However, if ever the bountiful reserves of thorium become the fuel of India’s future, things could change. There are also reports of enormous ‘fractable’ gas reserves on the floor of the Bay of Bengal, but that too will take a lot of money and technology. And who can afford to go after it in in a soft petroleum market?

India has had a long standing road map in place called the “Three-stage Nuclear Programme”.  As this report in the Nucelar Monitor stated, in the first stage, plutonium was to be ‘created in its pressurized heavy water reactors (PHWRs) and extracted by reprocessing. In the second stage, Fast Breeder Reactors (FBRs)’  were to use this plutonium to breed uranium-233 in a thorium blanket around the core. In the final stage, the FBR’s  were to use thorium-232 and produce uranium-233 for other reactors.

The first stage has been realized, with India’s 10 existing nuclear power plants- though there are 22 planned, and 35 proposed as on 2015.

The second stage has been proved by a small experimental fast breeder reactor (13 MW), at Kalpakkam in Tamil Nadu. Mind this was already in place in 2005.

And the third stage is now, on the anvil, but the train has not left the station.

Tedious and tortuous as all this may seem, consider this: one tonne of natural uranium can produce 40 million kilowatt-hours of electricity. This is what 16,000 tonnes of coal would produce or 80,000 barrels of oil. Thorium, mined in India, turned into uranium 233, can do exactly the same thing. But because there has been no progress we are mining more polluting coal for electricity in desperation.

But, ever since our pompous and ill-fated civil liability fracas versus international convention, festering since 2010, though eased a little now, we have received no foreign technology cooperation. When will we ever learn?

And our own domestic R&D can’t seem to take it any further in a hurry.

Pakistan, meanwhile, seems to have all the uranium and plutonium it needs, and is moving towards building its own array of tactical nuclear weapons (TNWs) for the battlefield. It is slated to have the fifth largest stockpile of nuclear weapons by 2030.

That it has little or no electricity in the interim is quite another matter altogether.