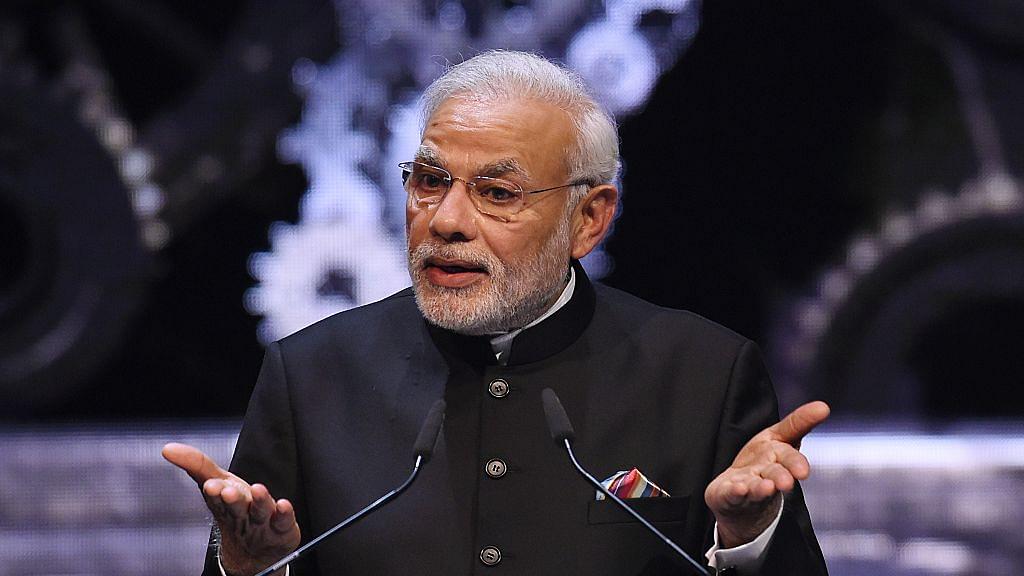 It will soon be three years since Narendra Modi took over as Prime Minister in May 2014; his politics has been simply brilliant, making him by far the strongest Prime Minister India has produced since Jawaharlal Nehru and Indira Gandhi. After two stumbles in Delhi and Bihar, he has corrected his politics to be a vote winner par excellence. As we saw in Uttar Pradesh recently.

But one cannot say the same thing about his economics. While the official gross domestic product (GDP) numbers may make India one of the fastest growing economies in the world, the underlying problems – huge bad debts, weak growth in corporate profits, a yawning investment deficit, and an anaemic consumption story – continue to fester.

No, the new GDP data aren’t wrong. They are simply the result of a different way of measuring economic activity. Just as a change from the British system of measurement to the metric system does not make Mumbai any farther from Delhi, a change in the method of calculating GDP does not mean the country is growing significantly faster than before.

Given current economic policies, growth will not revive even by 2019.

While global growth dynamics haven’t helped, it is the Modi government’s internal economic policies to revive growth that have been less than spectacular. If, after three years, you still haven’t found to way to fix the problems of nationalised banks, how can investment perk up? Public investment has risen to partially plug the investment gap, but it cannot ultimately substitute for a revival of the animal spirits of private businesses.

It is not my contention, unlike some other critics, that the Modi government has been avoiding economic reforms. Far from it. Through direct benefits transfers, it has enabled the biggest subsidy reform to prevent leakages. It has eliminated a lot of the scams that dogged the United Progressive Alliance (UPA) government by single-mindedly sticking to auctions as the route to selling natural resources, including coal and spectrum. It has – at least temporarily – fixed the problems in the power sector with its UDAY scheme. It has enacted a bankruptcy code, though it is still to be tested in law and implementation. Its emphasis on digital cash and transparency through e-governance is in the right direction. Most important, in the next few months it will be implementing the biggest tax reform in Indian history – the goods and services tax (GST). That all this has been achieved while maintaining reasonable price stability and fiscal prudence redounds to the credit of this government’s macroeconomic management skills.

So, lack of reformist zeal or poor fiscal management are not the right sticks to beat the Modi government with. Rather, it is voodoo economics, driven by a high commitment to public morality, and a political need to use state resources and assets to make a visible impact on poverty. These are the gaps in Modi’s political kavach.

An abhorrence for black money is fine; a serious effort to detect tax evaders and punish the guilty is good; spending taxpayer money on the poor can never go out of fashion; investing in infrastructure can always be justified as long as the money is not used inefficiently on trophy projects that yield no positive externalities; using nationalised banks to deliver Mudra loans to the self-employed or launch Jan Dhan financial inclusion accounts may deliver results over the long term; auctioning coal blocks ensures transparency and also better revenues, and so on. But there is an important “but” to these statements in favour of the Modi government’s efforts to make a mark.

The caveat is about underlying good economics. All these efforts will ultimately fail if not bankrolled by sound economics. Consider:

#1: Auctioning spectrum at ever-rising prices is good for revenues, but it may well be killing the golden goose. The Reserve Bank has already raised a red flag over the possibility of telecom loans going sour and has asked banks to provide more for this eventuality.

#2: Since government banks are bankrolling telecom spectrum purchases (apart from coal mines), it means the revenues in the government’s pockets are partly loans given out by its own banks. And if banks need recapitalisation, it means some of these spectrum revenues will go back to fund banks that will fund telcos… You get the drift. The moral: tax revenues ultimately have to come from higher telecom profits and healthy growth in customers, which means the industry must be viable in the medium term. This means government has to be less rapacious about how much it earns from spectrum, or spectrum sharing.

Bad telecom economics can never deliver sustainably high government revenues. Spectrum base prices clearly have to be more reasonable, and while there is nothing wrong in the auction system as such, if the result is a shift of rental incomes from private pockets to government hands, the net outcome will be zero. What the government earns today from spectrum will go out to rescue banks and telcos in future. And remember, government is always less efficient in spending its money than private companies.

#3: The Modi government is overdoing its morality play on black money. Black money is just money concealed from the taxman. It is not some specially dangerous kind of money in terms of its economic impact. But consider what the Modi government has done so far. It’s 2015 scheme to get illegal foreign asset holders to declare them to the taxman was a resounding flop due to the extortionate tax rate it charged (60 per cent); the domestic black money scheme (the 2016 Income Declaration Scheme, or IDS-1) fared better, but only because the rate was lower (50 per cent), and domestic black money hoarders know that the long arm of the law is tougher to avoid in an Indian jurisdiction. But the third black money scheme, dreamt up in the midst of demonetisation, the Pradhan Mantri Garib Kalyan Yojana, again went ballistic with the taxes imposed on declarers. Apart from the near 50 per cent tax (also known as IDS-2), it asked declarers under the scheme to deposit another 25 per cent of the amount declared into a four-year interest-free deposit. This took the effective tax rate as high as the failed foreign assets declaration scheme, if not higher. This is daft economics. You don’t get more revenues by offering to rob the declarer, however ill-gotten his wealth may be. No wonder, IDS-2 also flopped.

The moral of the story is simple: when tax and retribution policy is driven by pure morality, where tax evaders must be forced to pay eye-gouging rates for saying mea culpa, it may be good perception politics, but very bad economics.

This writer believes that if Modi had levied a penalty of just 10 per cent over normal tax rates, his coffers would have been flooded with declarations. These three schemes alone would have generated more than Rs 300,000-400,000 crore in declarations, 45 per cent of which would be tax revenues. Indians do not want to evade taxes any more than anyone else. But extortionate levies intended to make moral points will drive tax evaders back into their illegal cubbyholes. This is bad, bad economics.

The same fate awaits the new law on benami properties. The Modi government had two economically sensible ways to bring benami ownership out of purdah: one was to offer a disclosure scheme similar to IDS-1, with upto 40 per cent tax on the market value of the declarations. It would not have generated too many declarations, but at least some of the smaller offenders would have been tempted to pay and regularise their property ownership.

A better thing to do would be to make benami properties unremunerative. The only way to do this is to expand land supplies enormously – both by allowing much higher vertical construction in urban areas – and by monetising the huge lands already vested with government companies, including the railways, public sector companies, banks and government departments. Offering government-owned land for construction at reasonable rates (100-year leases with high lease rents) would have brought property prices crashing in or around most urban areas.

Crashing land prices will create temporary problems, with some realtors going broke and banks fretting about the value of their existing collateral, but the resultant growth in investment, including home building, will not only expand the market, but create millions of legitimate jobs and consumption demand from a rising middle class. Also remember: the ordinary home buyer purchases property largely from salary and regular income; a drop in the value of properties already purchased will dent the collateral value of these properties, but not the repayment capacities of buyers who have borrowed to buy.

Good economics needs you to ensure that land costs are brought down, and not allowed to be captured by rapacious politicians and crooks. A jobs and growth boom awaits India if property prices can be brought down by raising supplies of land, and not by trying to ferret out benami properties using draconian laws.

To boil down good economics into three simple laws, here they are:

One, tax policies have to be built on growth-promoting policies, not just tax collection efficiency and elimination of tax-evasion.

Two, sound growth depends on encouraging competition, and destroying rents. High priced auctions may disable private rent collection through the cornering of scarce resources, but shifting this rent to government pockets is not going to offer any better long-term benefits. Rent is rent, and the less the rent-seeking opportunities in an economy, the more innovative and vibrant it will be. Worth noting: in 2010-11, Pranab Mukherjee collected more than Rs 106,000 crore from spectrum auctions. He blew it all the same year in oil subsidies. So, what good did that high revenue collection do to revive growth or even revive the UPA’s electoral fortunes? It went down in flames as oil prices had to be raised just before the elections in 2013-14.

Three, government has little reason to be in business. Even if an accident of history got it into some businesses, it should ultimately try and exit them. Barring a very few industries that may be vital to national security, government should not see itself in competition with the private sector in commercial businesses. This is not only wrong in principle, but also costly – as we have seen in the case of Air India, BSNL/MTNL, and scores of white elephants now grazing in the financial sector. They are called nationalised banks. Modi’s biggest challenge is to sell them when there is still some value to their branch networks, customer bases, and geographical reach. If he does not privatise them, his own digital cash initiative will sink them. In the world of digital transactions, you don’t need banks with huge branch, ATM and credit card networks. You only need customers. Right now, customers are fleeing nationalised banks in droves.

A final view: the Modi government is staring at economic failure if it tries to push good politics at the expense of economic sense. He may win the 2019 elections, for the linkages between political success and good economics are tenuous in the medium term. But he will be left to handle a mountain of problems in his second term, which he otherwise deserves to have.