Why Odisha Doesn’t Grow Despite Having All It Takes 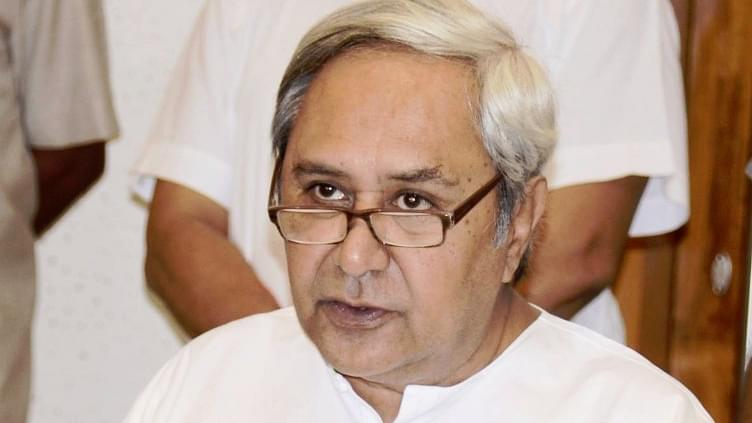 More than four decades ago, Odisha’s legendary leader Biju Patnaik had said on the floor of the Lok Sabha that “Odisha is a rich state where poor people live”. The same holds true even today, though the state has been under his son Naveen Patnaik’s rule for the past 18 years. Odisha, with its abundant natural resources – minerals, rivers, water bodies and the sea, and plenty of arable land – is still stuck in the morass of abject poverty and under-development.

Odisha has the country’s largest deposits of many minerals, is blessed with many rivers and water bodies, a coastline highly favourable for maritime trade, and vast tracts of highly fertile lands. But thanks to political and administrative apathy and lack of a dynamic political leadership, a third of its population is poor, its agricultural productivity is one of the lowest in the country, and it is deep in debt. Also, the promised investments in industry have not taken place and the state has missed the information technology (IT) bus.

On top of all this, Odisha has been buffeted by mega scams like the chit fund scam and the mining scam. A commission set up to investigate the chit fund scam discovered that 174 chit fund companies duped 20 lakh investors of over Rs 10,000 crore over the past decade. Opposition parties allege that the scam took place with the connivance of the state’s bureaucrats and ruling politicians. Mining companies illegally extracted minerals even after the expiry of their leases which has reportedly resulted in the state losing more than Rs 60,000 crore.

There are other scams, smaller in size though, that have been reported over the past few years. A parliamentarian from Odisha, who was once close to Chief Minister Naveen Patnaik told Swarajya that it is no coincidence that most of the scams have surfaced ever since V Karthikeyan Pandian emerged as a dominant figure in the state. “Corruption and criminal activities have seen a sharp increase in Odisha since 2013 and Pandian’s has appointed his trusted people, all of them allegedly with a blemished record, in key positions,” said the member of parliament (MP) who has been suspended from the Biju Janata Dal (BJD).

Bharatiya Janata Party (BJP) leader and former minister Kanak Vardhan Singh Deo, who was also close to Naveen Patnaik once, said that slack governance is primarily responsible for Odisha’s sad plight. “Odisha has often received very favourable attention from successive Union governments. But despite the allocation of resources to the state, Odisha has never been able to utilise these resources. For instance, during the Vajpayee regime, Odisha got clearance and finances for big irrigation projects like the Lower Suktel, Telengi, Mahendratanaya, Vamsadhara, Aung, Upper Lanth, Lower Lanth and Reth, to name a few. But none of them has been completed as yet. Naveen Patnaik promised to bring at least 35 per cent of the areas under the state’s 314 administrative blocks under irrigation, but 197 blocks still don’t have any irrigation,” said Singh Deo, who held important portfolios, including industries, public enterprises and urban development in the Naveen Patnaik government when the BJP was an ally of the BJP from 2000 to 2009.

The Naveen Patnaik government “is adept at fudging figures”, said Singh Deo, who was one of the first to expose the mining scam. “Odisha claims to have become self-sufficient in foodgrains and even got the Krishi Karman Award for the fourth time in a row last year. But last week, it desperately requested the centre to release more rice to the state. The farm sector is in a pathetic state, the education sector is in doldrums and public healthcare in shambles. The state tries to pass off centrally-sponsored schemes as its own, a prime example being the Prime Minister’s Awas Yojana for which Odisha received Rs 3,100 crore last year, but did not put in its share and tried to claim credit for the entire welfare project,” he added.

The resident editor of financial daily Business Standard’s Odisha edition Dilip Satpathy largely backs Singh Deo’s charges. “Till 2010-11, the prospects of mega investments were very bright, but most of them –Posco and ArcelorMittal are just two examples – didn’t materialise due to many problems. The state government was not proactive in sorting out these problems. The lower level bureaucracy wasn’t cooperative and the political leadership failed to clear the bottlenecks they created. There were many policy flaws also. Even though the metals sector has picked up now, most existing projects in the state have run up huge debts and the state is not earning any revenue from them. Power is another sector where Odisha has a huge potential, but it remains untapped due to flawed policies. Odisha was one of the first states to be explored by IT[information technology] giants like Infosys and Satyam but due to many infrastructure and related issues, the IT majors shifted their operations to other states and Odisha has truly missed the bus now,” said Satpathy.

The farm sector in Odisha, said Satpathy, also suffers from a plethora of problems ranging from lack of storage and distribution network, poor irrigation cover, low minimum support price for farm produce, corruption in the distribution of seeds and fertilisers and rapacious middlemen and moneylenders who hold farmers to ransom. Odisha had a huge potential in marine products, but the state lacks processing facilities that meet European and United States standards and so most of the raw produce goes to other countries where they are then processed and exported to Europe and America,” Satpathy added. In his budget speech last month, Odisha finance minister admitted that the agricultural output is expected to contract by 0.4 per cent in the current fiscal. Farm distress has been forcing many farmers to commit suicides or abandon farming and migrate to other states as unskilled labourers.

As for the public healthcare and education sectors, Odisha suffers from severe infrastructure shortcomings. Hospitals and health centres are ill-equipped, the buildings they are housed in are in shambles, and they face a severe shortage of doctors and paramedics. Schools also suffer from poor infrastructure, absence of teaching aids and teachers. Editor of an Odiya language daily Naveen Das says that his state has one of the highest unemployment rates in the country and lags behind most other states in most development indices. “Only 2 per cent of households in Odisha have access to piped drinking water and only 28 per cent of the total road length in the state is surfaced (as compared to 90 per cent in Punjab and Haryana). More than 50 per cent of the villages don’t have all-weather roads, as a result of which farmers cannot transport their produce to the markets and don’t get remunerative prices. Odisha’s fiscal deficit (Rs 15,521 crore this fiscal) is more than 3.5 per cent of its gross state domestic product (GSDP), which is higher than the 3 per cent limit prescribed by the 14th Finance Commission. The state’s outstanding liabilities are nearly 21 per cent of the GSDP and this figure has grown from 16.47 per cent of the GSDP in 2016-17 to 18.39 per cent of the GSDP in 2017-18 to the present 21 per cent and is slated to rise to 21.61 per cent in 2019-20,” said Das.

But the ruling BJD rubbishes these contentions. A BJD spokesperson told Swarajya that Odisha has ranked one of the highest among all states of the country in lifting the maximum number of people out of poverty. “Odisha’s performance in augmenting agricultural output is very good. Yes, the pace of industrialisation decreased due to the mining scam and other factors, but the 2017 industrial policy that focuses on SEZs and downstream industries at Paradip and Dhamra will mark a turnaround. The focus now is on the micro, small and medium enterprises(MSME) sector. The state’s economy is expected to post an 8 per cent growth in the current fiscal and the current year’s budget makes a huge allocation for public expenditure. The ‘amo gaon, amo vikas’ scheme under which the chief minister sanctions funds directly for specific projects in villages has been a great success. More than 50,000 ‘joint liability groups’ of farmers and landless farmers form groups and take land jointly on rent while the state extends credit to them without collateral. This will be a game-changer. Interest rates for the agricultural sector have been reduced to 1 per cent while power tariffs for this sector have been frozen. The new focus is now on mega irrigation projects and soil conservation,” the spokesperson said.

But it remains a fact that Odisha remains a desperately poor state. Which begets the obvious question: how is it then that Naveen Patnaik has been winning successive elections in the state (interrogation mark here). The opposition attributes it to the many welfare schemes or doles instituted by Naveen Patnaik. “From birth to death, there are doles for everything. Starting from money to pregnant women, free uniforms, textbooks and education to school kids, mid-day meals, rice at Re 1 a kg, free medicines, free sanitary napkins. Free shoes, umbrellas, cycles, helmets (for labourers) and funeral expenses for the deceased, there are plenty of doles. And a large section of the people are happy with Naveen Patnaik as a result of these doles,” said a BJP leader.

Interestingly, admit BJP leaders, most of these schemes are centrally funded but passed off as the state’s own. “It is our failure that we have not been able to highlight this fact and tell the people that none of the welfare measures that Naveen Patnaik claims credit for is funded wholly by the state,” said a BJP leader who did not want to be named. Another strategy that has worked, as a BJD spokesperson admitted, was to project Naveen Patnaik as a benign father figure untouched by scandals and petty politics. The frequent sacking of ministers, especially those against whom allegations of corruption surface (even though they are rehabilitated when public memory fades), and the nominations of fresh faces while denial of tickets to incumbent MPs, members of legislative assembly and representatives of local bodies helps maintain Naveen Patnaik’s ‘clean’ image and tide over anti-incumbency.