Here's Why Umashankar IAS Must Be Stopped 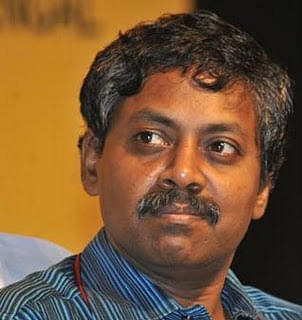 ‘Kill those who indulge in homosexuality’ the poster prominently placed in the public square screamed quoting a Biblical verse. The poster also featured a cheering face of approval –the face of C.Umashankar, IAS.  The poster informed the viewers that Umashankar IAS, who was then in-charge of law and order in the state, would participate in the ‘anti-homosexuality’ campaign run by ‘Tamil Nadu Christian Progressive Federation’, a quasi-socio-political fundamentalist outfit not much well known outside Kanyakumari district.

Such incendiary posters exemplify the worldview which Umashankar, an IAS officer in Tamil Nadu, shares and propagates. Most of his prayer meetings are public displays of virulent Christian propaganda filled with apocalyptical abominations that warn the people of impending natural catastrophes passed off as a consequence of divine retribution. When disaster struck Uttarakhand, the civil servant gave an interview to a prominent Tamil tabloid close to DMK on his premonitions about impending disasters, saying that his Bibilical God is punishing the Indian Gods and that his God had warned him of such disasters. The IAS officer was categorical in his statement:

“The countdown has started for huge disasters in the world. But of all nations India is going to suffer the worst of divine retribution for it is in India that idols are worshipped.”

Of late Kanyakumari district has seen a torrent of fundamentalist provocations from the evangelists – high decibel prayer meetings during their festivals, provocative posters about prayer crusades near their temples etc. Already Justice Venugopal, largely seen as someone ideologically closer to Dravidian movement, in his report on Mandaikadu riots of 1982 had stated that evangelical proselytization activities in the district were major causes towards the riots. He had recommended complete cessation of evangelical activities and ban on forcible conversion not only in the district but also in the state itself.

However the provocations have been continuing. The political configuration too should not be missed out here. The IAS officer finds support with the diocese of the Church of South India (CSI). The organization is politically strong and some of its key-office bearers belong to Congress party in the district. For example the district INC head is the treasurer of CSI diocese. Helen Davidson, the ex-MP of Nagercoil, had earlier sided with the diocese when the evangelical children homes run in the district were sealed by the district child welfare authorities because of the lack of infrastructure and complaint of abuse.

It is in this combustible context that Umashankar was warned by the district administration to not create trouble by his brand of preaching which involves hatred and inducing fear psychosis among the masses. So before the talking heads of the media world manufacture outrage and bat for the so-called freedom of religion, they need to ask themselves– “are we fine supporting a civil servant who engages in a discourse filled with hatred and violent imagery?”