Should India rescue its fishermen from the death row? 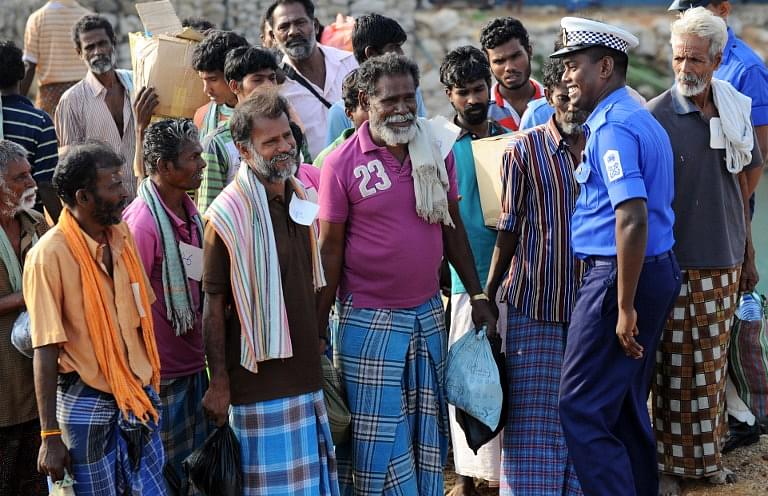 India must do everything in its power to bring back Indian fishermen convicted to death by Sri Lankan courts.

When Colombo High Court found five Tamil Nadu fishermen guilty of drug trafficking and sentenced them to death last week, the news was received with total shock in Tamil Nadu. Our media had completely failed in tracking the case. We didn’t know that these five fishermen were being tried in a court for drug trafficking. We didn’t know whether these fishermen were getting quality legal aid. We didn’t know if the Indian High Commission was in touch with them and providing them all the help they needed. This seems to have completely escaped the attention of Tamil Nadu Government, mainstream political parties or the extreme fringe Tamil Nationalists.

Thus, when the news broke out, it shook the fishermen community and people in general in parts of Tamil Nadu. Agitators in Rameswaram resorted to throwing stones, shutting the town for a brief while. Predictably, the Tamil Nationalists jumped into the fray and started questioning how a ‘genocidal killer State’ is being allowed to give death sentences to poor, innocent Tamil fishermen.

We should analyse the facts of this case, rather than allowing emotions to run wild. Drug trafficking attracts death penalty in Sri Lanka. The same court gave death sentence to three Sri Lankan nationals as well on similar charges. The convicted fishermen have been given time to appeal against their sentence in the Supreme Court before November 14th.

India should provide all the consular support it can give the fishermen to fight the case. The fishermen have claimed that they are innocent. Whether they are innocent or not, a resurgent nation will always look to support its nationals outside its borders. Consider the manner in which the Italian Government has pursued the case involving their marines who shot and killed unarmed Indian fishermen in the Arabian Sea. India should pursue this matter with the same vigour.

What are the possibilities in front of us?

On appeal, if the Supreme Court in Sri Lanka overturns the conviction and lets go our fishermen, it is well and good. If the court upholds the lower court’s conviction but does away with capital punishment, then India can bargain with Sri Lanka to have the convicts sent to Indian prisons. Apparently this has happened in the case of two convicts in the past. The deal will allow the convicts to serve their sentence in Indian prisons instead of Sri Lankan prisons.

Even if their Supreme Court upholds the conviction, we can bargain with the Sri Lankan Government and get their President to use his powers to commute the death sentence and then get them over to serve the sentence in the Indian prisons.

In normal circumstances, this issue will be treated differently. There will not be widespread agitations in favour of the convicted except for pleas from the family members. But the situation with respect to Sri Lanka is complex. People in Tamil Nadu are justifiably angry at the way Sri Lankan navy has dealt with the Tamil Nadu fishermen in the past. Accusations include the navy personnel beating the fishermen, forcing sadistic and inhuman acts on them, destroying their nets, capturing their boats and so on. Such acts went unchecked during the UPA regime. But things have dramatically changed since Modi became the Prime Minister of India.

Nowadays Sri Lanka routinely lets go the Tamil fishermen who are found to have strayed in to Sri Lankan waters. They are rounded up, taken to a local court, and after the customary proceedings sent back to India. All the Indian fishermen in the Sri Lankan jails were released in one go after Sri Lankan President Rajapaksha met Modi, that is except these five fishermen. Surely we couldn’t have demanded Sri Lanka from dropping such serious charges against them and return them to our country.

Many elements in Tamil Nadu have claimed that the Indian fishermen are innocent. We do not know for certain whether that is the case. They are most likely innocent, but perhaps they are not. As a nation, if we catch them committing a similar crime within our borders, we will deal with them very strictly. We may not sentence them to death but will give them fairly stringent punishment. But outside the country, it becomes our duty to defend them aggressively, whether or not they are innocent. We will work diligently to get them back to India at the earliest, either as free persons or to serve their sentence in our jails.

It appears that our External Affairs Ministry and the Indian High Commission in Sri Lanka are working in this direction.