Trade Unions Were The “New Menace” Even In The 1950s 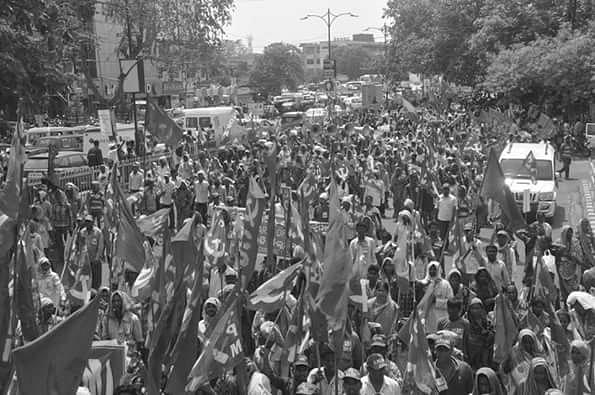 Free India has had numerous trials, maladies and problems. Of these, none is graver than the spirit of indiscipline and disloyalty which is rampant amongst the principal sections of State and private employees, these latter being conveniently known as ‘labour’. Both have been placated beyond reason, all these years Salaries have been trebled. Other amenities like housing, sick relief, education and free travel, have been vouch-safed to them to a degree which the common man can never hope to aspire for. In short, the revenues of the nation seem mortgaged for their well-being. What is the return on the part of the beneficiaries? Slackness, inefficiency and worse, a recklessness and readiness to throw up work at the slightest whim or caprice. Strike moves are discussed openly in the course of duties and strike notices are displayed in the premises themselves. This was unthinkable in the previous regime or under the captainship of able civilians.

It is a law of nature than an employer can pay his employees only according to his means and in proportion to the quality of work done; and he has a right to dismiss them for a proved cause. But that right is as good as extinct today, what with the numerous conciliation boards, tribunals and the like, with the State butting in to bring the recalcitrant employers to book but never the labourer or trade union leader, even if they be in the wrong.

Trade unionism is a misfit in India; and in view of its role in hampering production and adding to its cost, with the inevitable repercussions on the consuming public, it is a greater threat to our country than even re-armed Pakistan. Its tentacles have spread far and wide, takin in State personnel also. There is no disciplinary action or withholding of pay or increment or promotion, which is not nowadays contested in courts, –a phenomenon unknown in the other democracies. No doubt real grievances existed or exist in other States where communal discrimination prevails; and the various Public Service Commissions have not acted their part justly, as Dr. Harkishen Mehtab complained recently. Perhaps a statutory provision might be devised disentitling local officials or politicians to man the concerned State’s Public Service Commission, to assure public confidence in its integrity and impartiality.

The constitutional safeguards (Art. 311) for the services are however a relic of the old privileges which the British personnel had claimed in return for transfer of power, and have to be abrogated in favour of a few well settled conventions in that regard, which obtain in England and which rescue the wronged official from the floodgates of litigation.

As a general rule, in conflict between capital and labour, the State as representing people, should assume a neutral role. Our country with its too limited economy and production, cannot afford the luxury of labour intransigence. In recent years, one finds the industrial laws operating discriminately. The employer is always in the dock. Even the pronouncements of the highest courts, which are arrived at after due consideration, are set at naught by frantic legislation after a few weeks.

Trade union leaders should be curbed as and when necessary and the strong arm of the law must reach them when untoward consequences ensue. The closure of public undertakings like the Choolai Mills and Madras Tramways had affected the people grievously; and in any country those who had brought it all about, would have had their deserts.

A public servant or a labourer would be only worthy of his hire; and hence the salary and allowances paid over to him by the State or private employers must bear some proportion to the amount of efficient work done.

This article, authored by S Rajagopalan was published in the 17 August, 1957 issue of Swarajya.