Economic Survey In Graphs: The Impact Of Swachh Bharat Mission On Health, Explained 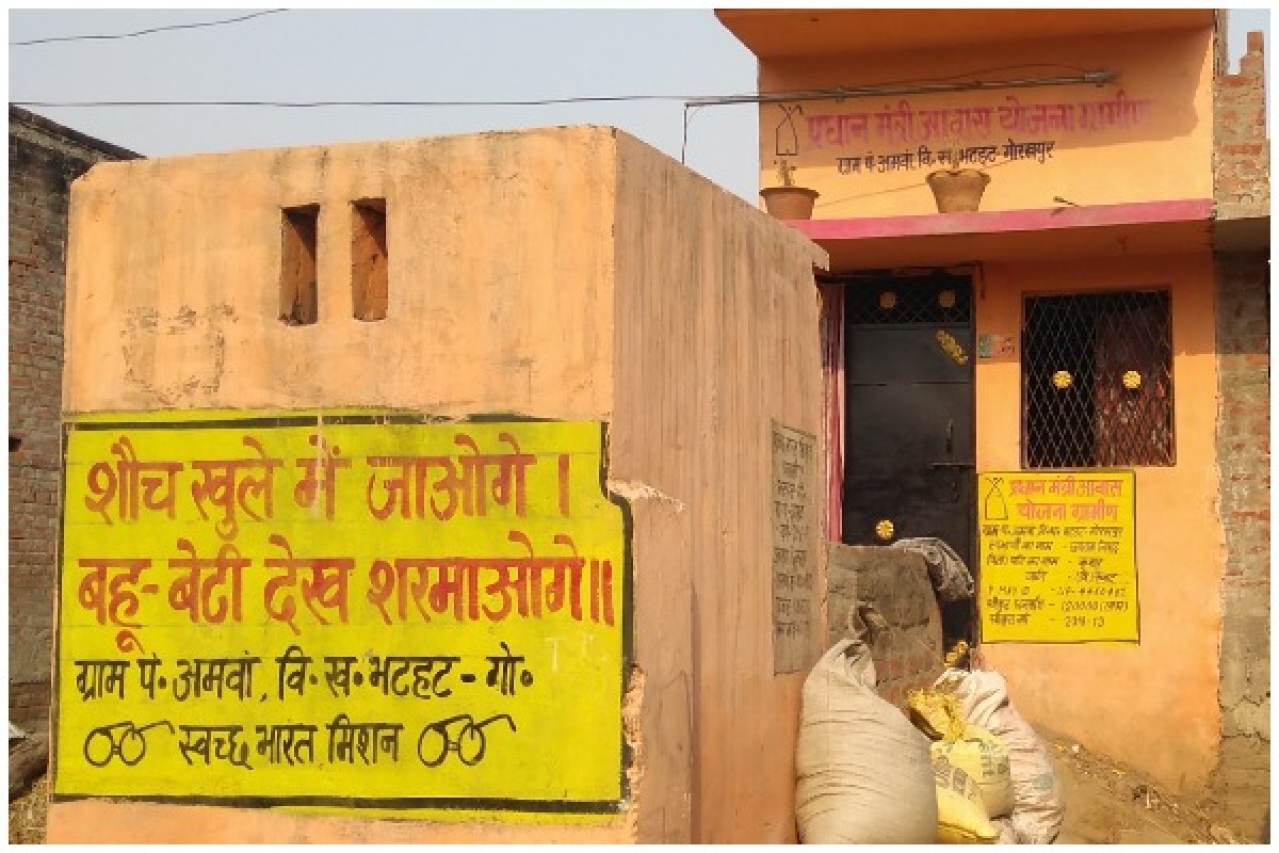 A home and a toilet built under government schemes. (Prakhar Gupta/Swarajya)

Sanitation and health are closely linked — without improving the former, it is difficult to better the latter. With the implementation of the Swachh Bharat Mission (SBM) — world's largest behavioural change programme — in 2015, India attempted to exploit this linkage. Five years later, the Economic Survey for 2018-19, tabled by Finance Minister Nirmala Sitharaman in the Rajya Sabha today, supplies data to suggest that the SBM has succeeded on this front.

According to the survey, over 9.5 crore toilets have been built all over the country under SBM till June of this year. As a result, 98.9 per cent of India has been covered under SBM. The rate of construction of household toilets has improved from less than 50 lakh per year and to over 3 crore per year.

The report says that around 93.4 per cent of the villages in the country, 96.20 per cent gram panchayats, 88.6 per cent of blocks and 618 districts are now Open Defecation Free (ODF), which means that a) no visible human faeces are found in the environment and b) every household has a safe option for disposal of human faeces. 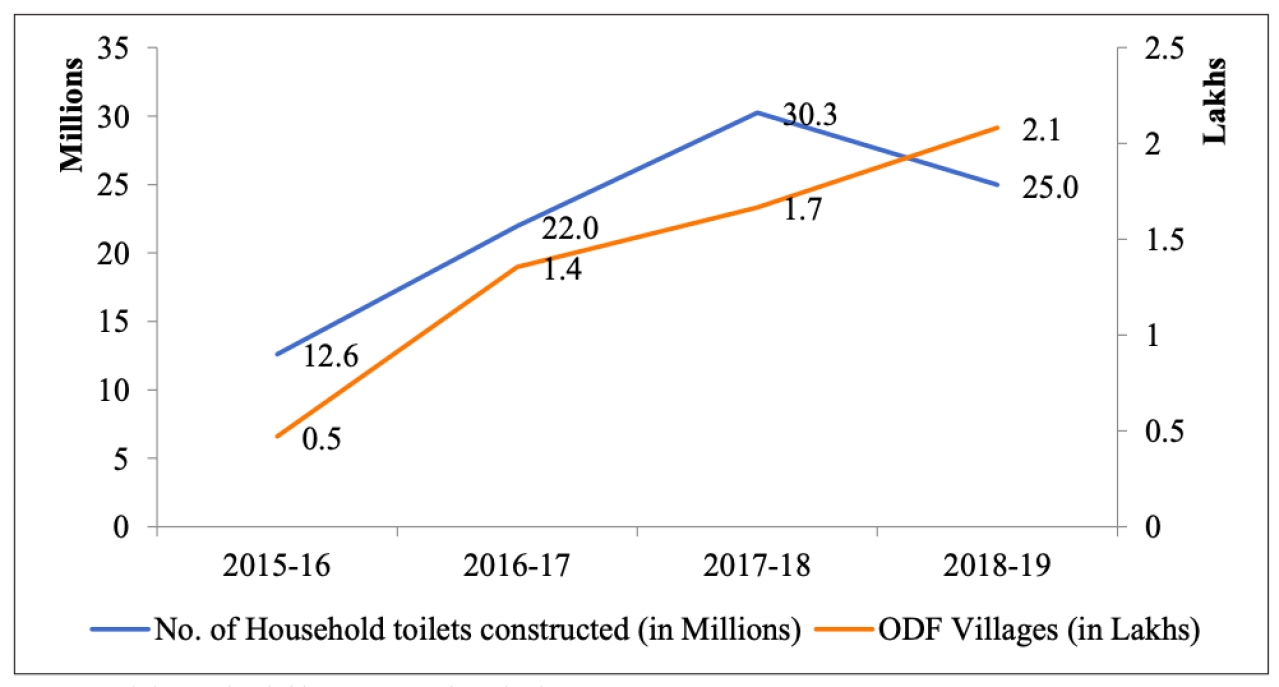 However, some states continue to lag behind. Goa has the lowest Individual Household Latrine (IHHL) coverage, followed by Odisha and Telangana. Under SBM, an incentive of Rs 12,000 is provided by the centre and the state (in a 60:40 ratio in most states) for the construction of an IHHL.

Districts in India were divided into two groups — one with low and medium toilet coverage in 2015 and the second with higher coverage. Given that toilet coverage has become almost universal now, one can be sure that more toilets have been built in districts that had low toilet coverage in 2015. Because more households built toilets in such districts, the impact on health should be comparatively greater in those areas.

Between March 2015 — when the implementation of SBM began, and March 2019 — when most districts in the country achieved IHHL coverage of 100 per cent, the government tracked the number of diarrhoea and malaria cases in children below the age of five years, as well as cases of still birth and low birth weight babies.

Their findings are as follows:

One, in line with the theory, it was found that the districts with lower IHHL coverage had more cases of diarrhoea, malaria, still births and low birth weight babies. 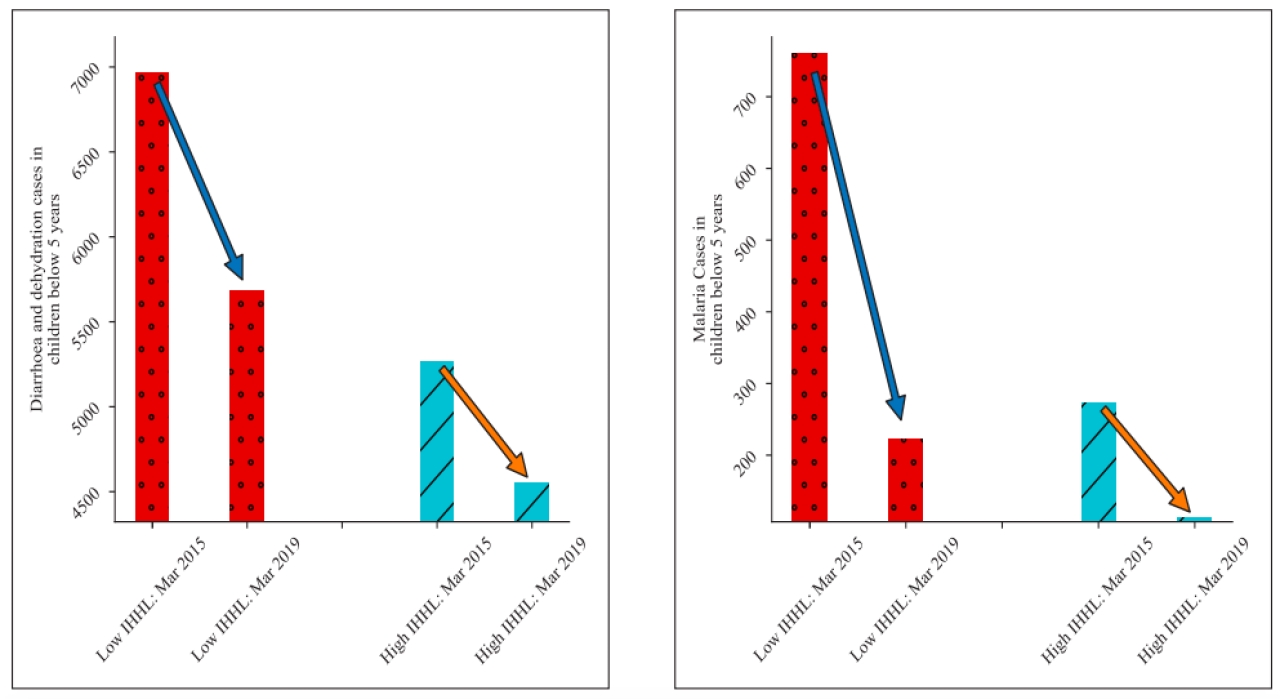 Impact of IHHL Coverage on still births and new-born babies with weight less than 2.5 kg.

Five, it was found that the health indicators of children and mothers from ODF areas were relatively better than those from non-ODF areas.

Have These Results Been Verified By An Independent Agency?

Yes, the Economic Survey cites an independent study conducted by the World Health Organisation (WHO) that shows similar trends.

The study, titled ‘Swachh Bharat — Estimations of potential health impacts from increased sanitation coverage’, states that in 2014, when the SBM was not in existence, about 1,40,000 persons died due to diarrhoea, out of which 39,000 were children below the age of five. After the implementation of SBM across India, the overall mortality from unsafe sanitation declined to about 50,000 deaths in 2017-2018.