A Bharat Ratna For General Rawat? Because He Was A People's General And Strongest Advocate Of Hard Power 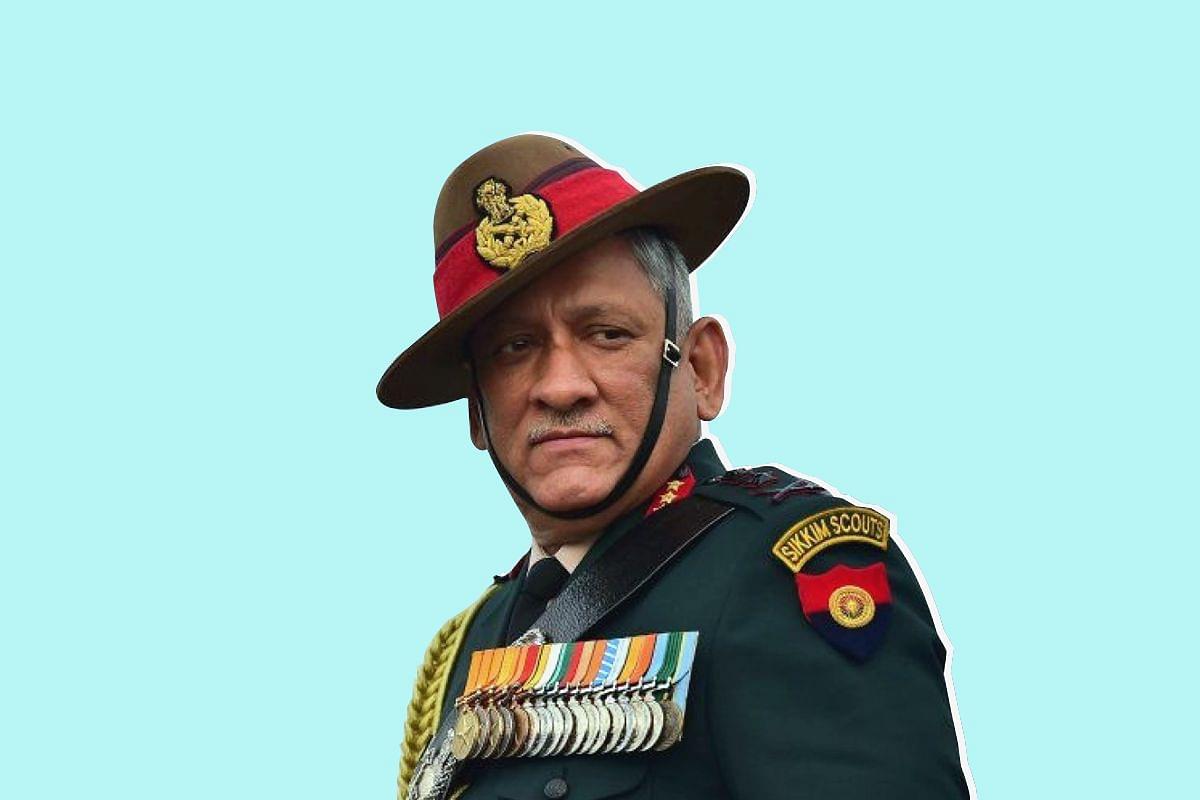 The tragic death of General Bipin Rawat, India’s first Chief of Defence Staff, along with 12 others in a helicopter crash in Coonoor, Tamil Nadu, is yet another reminder that we are still not good enough in protecting our key leaders. Even if we rule out sabotage, we simply cannot afford to lose leaders of the calibre and commitment of General Rawat to such avoidable accidents.

However, we will leave the cause of the crash to the inquiry committee. For now, what is important is to recognise General Rawat’s extraordinary contributions to India’s defence, including new thinking, new initiatives and the ability to speak his mind without the need for political correctness.

To come straight to the point, General Rawat is deserving of the country’s highest award, the Bharat Ratna, an award that has currently been monopolised by civilians. Even though there are special awards for the armed forces, General Rawat bridged the divide between the people and their armed forces by his advocacy and stewardship over the last few years. Hence the only reward worthy of mention for him is the one that bridges the civilian-armed forces divide. Here's why.

One, his services to the nation have been no less than some of the people who have previously been awarded the Bharat Ratna.

Two, because, because, because this country must send a message to its own people and its enemies that India will pursue hard power options at any cost, and warriors who play an important role in shoring up the country’s offensive and defensive capabilities are as important as our civilian heroes. No country can be free without a well-equipped and well-respected warrior class, or the kshatriya. Our endless search for ahimsa and peace rests on our ability to make war. No one should be fooled by all the mush surrounding words like peace and aman. Peace is always the result of strength, of the ability to make war, not weakness. In the history of peace, peaceniks have never contributed to peace.

There have been many popular generals in India’s military history, including two Field Marshals, General K M Cariappa and General SHFJ Manekshaw, the former being the first Indian commander-in-chief of the Indian Army, and the latter the man who led India to victory over Pakistan in the 1971 war which ended up creating Bangladesh.

General Rawat’s crucial contributions to the idea of warfare in the Indian sub-continent include the idea of surgical strikes against a nuclear enemy (Pakistan), progressive indigenisation of India’s military hardware needs, increasing the country’s preparedness for hybrid forms of warfare, including cyber warfare and attempts to ignite internal strife, and operationalising the idea of theatre commands. The pity is that he was not allowed to finish his job.

The Narendra Modi government must now accept two priorities: it has to choose a successor as Chief of Defence Staff who shares General Rawat’s commitment to theatre commands and military hardware indigenisation, and must emphasise this importance by awarding General Rawat the Bharat Ratna.

No general in independent India epitomised the idea of being a “people’s general” as well as General Rawat. Few generals have had the kind of popularity he has had with nationalists and patriots, and who our enemies loved to hate. He is not just a military hero. He embodied the idea that India must pursue hard power for its own sake to become a great nation in the twenty-first century.