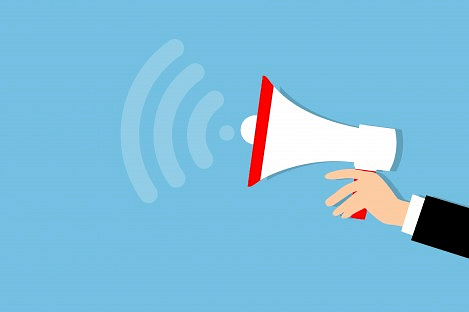 It is a shame that the ideals of freedom of expression, as enshrined in the Constitution, have been sacrificed at the altar of religious extremism.

Mohammad Zubair, the founder of a “fact-check” portal, AltNews, was arrested by the Delhi police on 27 June, on charges of hurting religious sentiments. An FIR has been filed against him under IPC sections 153-A (promoting enmity between different groups) and 295-A (malicious acts, intended to outrage religious feelings).

Zubair is best known for provoking frenzied and violent mobs against a former BJP spokesperson. In addition to what they provoked in India, his tweets also led to the creation of a diplomatic problem for the government across the Arab world. Even after this, Zubair's response was that he could share more such tweets.

Zubair’s actions, instead of being condemned by the self-proclaimed protectors of free speech, were lauded as they too joined the chorus against the spokesperson, Nupur Sharma. The irony of their actions did not deter them from targeting the right of freedom of speech of a fellow citizen, only because she belonged to a different political ideology than theirs.

Zubair’s actions triggered violent reactions from his co-religionists, many of whom demanded Sharma’s severed head as the only acceptable punishment for committing blasphemy as per their beliefs. It is hard to imagine that Zubair did not know about or anticipate the consequences of his actions. There have been innumerable cases of extremists within the Muslim fold indulging in arson, violence, and damage of public property, even killings on the slightest perceived provocation.

From Salman Rushdie to Kamlesh Tiwari, the extent to which Islamists could go in suppressing any supposed act of ‘blasphemy’ is well documented. Yet, Zubair did not flinch while pushing his propaganda war, smartly concealed under his image as a critic of the ruling dispensation. As I write this article, gory visuals of a tailor in Udaipur, Rajasthan beheaded by two Muslim youth for putting up a status supporting Nupur Sharma have come up.

Legally, Zubair’s arrest has nothing to do with his work as a comrade of fundamentalists masquerading as a liberal. His arrest is due to his history of mocking Hindu Gods and religion on social media. One of these cases includes him sharing an obnoxious post on social media, back in 2018, that ridicules Hanuman, for which he has been put behind bars.

Walking on the path laid by Zubair, Hindus, too, are now asking why their Gods should be open to mockery, while mere commenting on Gods and beliefs of other minority religions is completely forbidden and virtually punishable by death. According to Zubair and his ilk, the former BJP spokesperson’s persecution is legitimate as she offended the sentiments of Muslims through her speech. But in the same vein, they call Zubair’s arrest over his comments on the Hindu religion a violation of freedom of speech. Can there be two different yardsticks to measure the same crime based on who is at the receiving end of it?

If the left-liberal section is to be believed, this is indeed the case. Their outrage on attacks on freedom of speech is reserved based on their political inclinations. It is no wonder that the arrest of Ketki Chitale for sharing a meme on NCP Chief Sharad Pawar or that of a young engineering student, Saad Ansari, for standing up with the spokesperson, did not invoke even a whimper from the liberal gang, leave alone any protest.

However, the gang seems to have reactivated itself upon the arrest of Zubair and is, now, reminded of the virtues of free speech and democratic principles. It is clear that their opposition to the government has little to do with freedom of speech and more to do with their hate for the party in power as well their own diminishing significance in the public arena.

It is a shame that for the sins of the intellectually dishonest, the ideals of freedom of expression, as enshrined in the Constitution, have been sacrificed at the altar of religious extremism. For Hindus, it is only natural to demand equality before the law. If Muslims would not tolerate any commentary on their belief system, so would non-Muslims who hold their beliefs just as dearly.

If civil society fails to establish parity when it comes to freedom of speech in matters of religion, then the State would have to take that mantle. When the State intervenes, any action by the system seems harsh and is construed to be an infringement of personal rights. But, Hindus are not known to take on streets demanding severed heads of those who offend them. Instead, they file FIRs and seek justice from the courts of law.

Zubair’s arrest does not invoke sympathy because it is he who legitimised persecuting people for their speech, even if it meant offending some people.

India, an ancient dharmic civilisation, had a highly evolved and advanced system of holding debates and discussions. It allowed for ‘tark-vitark’, ‘vaad-vivaad’ through the application of logic and reasoning without pre-determining or forcing the contours of what could be expressed or debated. The concept of ‘blasphemy’ therefore, is alien to this land.

But, in an atmosphere vitiated by liberal-endorsed mob justice led by Muslim extremists, others cannot be expected to sit silently when their belief system is derided and mocked.