ASER 2021 Survey Findings: What Governments Should Do To Address The Emerging Challenges In School Education 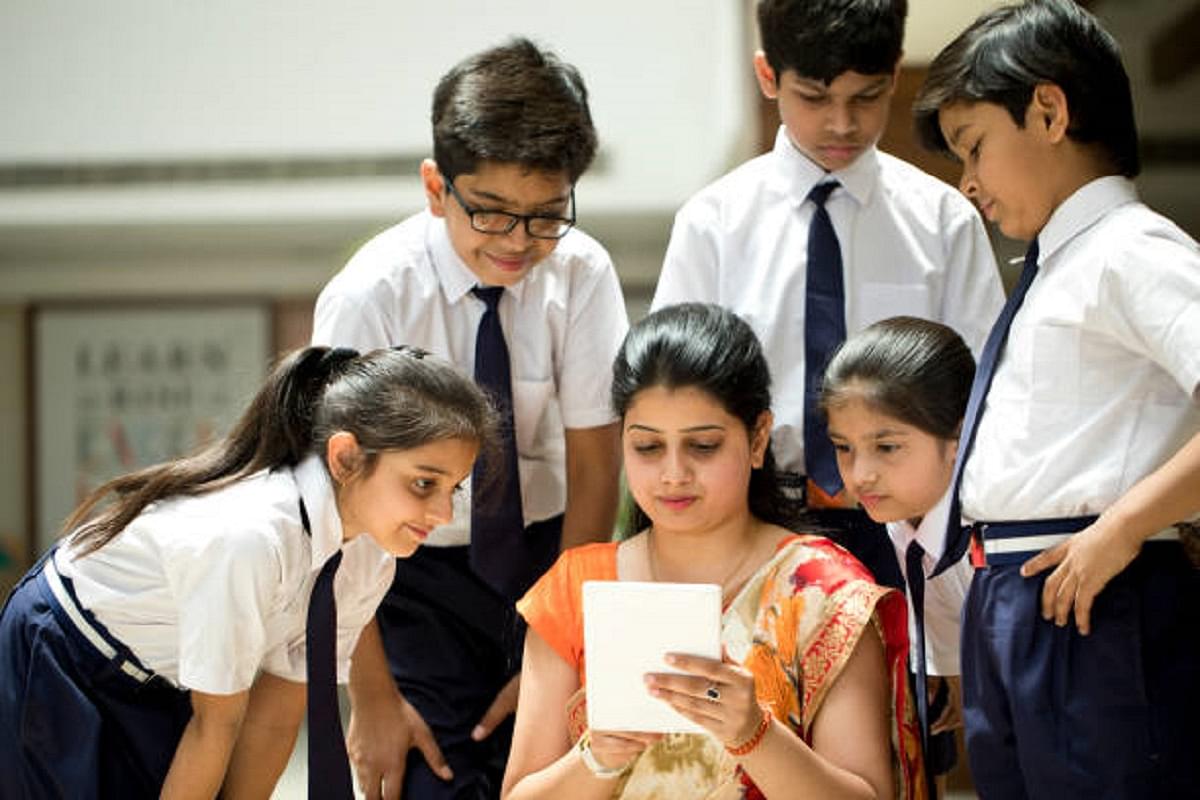 Students with their teacher at a private school.

The recently-released Annual Status of Education Report (ASER), a survey conducted this year in 25 states and three Union Territories covering a total of 76,706 households and 75,234 children in the age group of 5-16 years, has revealed four interesting developments that have arisen in India over the past one-and-a-half years, chiefly driven by the Covid-19 pandemic.

The biggest shift is recorded among children (particularly for boys) in lower grades. Covid-induced financial distress, free facilities provided by government schools and classes not being held in private schools (in this order) were cited as three biggest reasons for this shift followed by migration.

Second, one witnesses a steady increase in children taking paid private tuitions. In 2018, only 28.6 per cent of children enrolled in schools took tuitions. This has now increased to almost 40 per cent and the biggest increase is seen in students in lower grades (Classes I to V). The trend holds true for both boys and girls and for children in both private and government schools.

More importantly, the largest increase in percentage of children taking tuition is seen among students from the most disadvantaged households. Equally important is the fact that those students whose schools had not opened after the lockdowns were more likely to take tuitions than those who were attending schools.

Third, while the availability of smartphones in households surveyed significantly increased from 36.5 per cent in 2018 to 67.6 per cent in 2021, there is inequity as more children in private schools have a smartphone at home as opposed to government school going children — 79 per cent and 63.7 per cent respectively. Basically, the likelihood that the household has a smartphone is higher if the parents are well educated or economically well off.

Interestingly, even among those children with weaker economic background, a good proportion of parents (a quarter of them) bought a smartphone only after lockdown last year so that their children can continue studies online. But unfortunately, the survey found that smartphone availability did not always translate into its access to children. More than 67 per cent children may have a smartphone at home but more than 26 per cent had no access to it, especially children in lower grades and from poorer states.

Fourth, more than 70 per cent of respondents in the schools reported facing challenges in teaching their grade currently. Out of those facing challenges, the two biggest reasons cited were the children’s ability to catch up with curriculum and having to teach the same content multiple times which shows that more than a year of gap in regular classes has created a big learning block and the inadequacy of online learning is also coming to the fore.

These four findings, though look like big challenges, are also a great opportunity for the governments at the Centre and in the states to formulate, tweak and rethink policies related to school education.

First, the benefits of financial support to parents of school going children either in the form of vouchers or direct benefit transfer has always been there for all to see but its case has never been stronger than today when parents are shifting their children to government schools or resorting to private tuitions especially the ones belonging to economically poorer sections of the society. For detailed budgetary implications of such an initiative, do refer to this analysis by I and Harsh Gupta from 2019 where we estimated that giving cash support of Rs 1,000 per month to poor children will cost only 0.4 per cent of the gross domestic product (GDP). This is only the Centre’s contribution. The states can chip in extra to further bolster the scheme.

Second, given the digital divide, the future of hybrid learning (the model of online and offline education going hand in hand is here to stay) and how poor parents are spending out of pocket to buy smartphones or even laptops for their wards, it’s important that the politicians seriously pay attention to announcing some populist freebies that will actually be an investment in cultivating the demographic dividend rather than just an expenditure as is the case with other doles. So, politicians or the parties in power would do good to distribute laptops, smartphones or tablets to students from disadvantaged backgrounds.

Third, given how children are facing a big challenge in coping with the regime of going to school regularly after a year and the difficulty in catching up with the curriculum, governments should be extremely careful before shutting down schools. Unfortunately, they are the first to be closed whenever things go south. This study should be a big lesson for those in power that such shutdowns have huge impact.

Going forward, school closures should be an exception not the norm. Only those students whose parents or household members are not vaccinated can be asked to stay at home.

Moreover, all schools should ensure that their staff is fully inoculated. These along with normal measures such as social distancing or masking are enough to keep the schools open even if cases rise in some areas unless of course we come across a Covid-19 variant which is known to be especially dangerous for the children.

Fourth, it would be better that the governments start recognising online education institutions as legitimate e-schools or tuitions. Online learning can not be wished away in future and will be an important part of school education so it’s better to institutionalise this by official recognition as e-school or private tutors.

Poor children who are attending brick and mortar schools can choose to take the online classes of good teachers if they feel the need to bridge any learning gaps and they can even pay for all this via government vouchers.