Barring Rentals, Housing For All Mission 2022 May End Up As A Dud 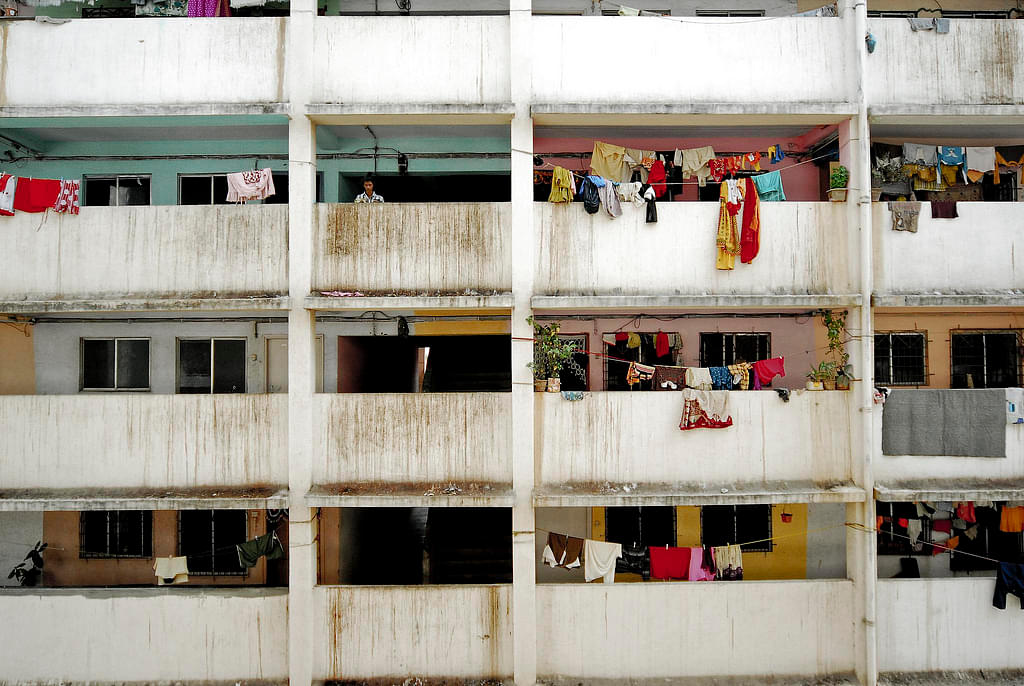 But it’s not just the money that is the problem. Government over-regulation and an aversion to taller buildings in Indian cities have rendered the real estate business a messy, inherently corrupt and massively costly endeavour. Our babus and netas view the business as an ATM machine. They strangle it with tough, and often arbitrary, zoning regulations, low FSI (Floor Space Index)/FAR (Floor Area Ratio) levels, a regressive permit-raj system which exists in every single city (a minimum of 30 permits) and much more. Take a look -

Our housing shortage has a fairly straightforward solution: local and state governments need to reverse failed policy stances, after understand the following:

1. They do not have and never will have enough information to be able to decide the best usage pattern for land (commercial/residential/industrial).

2. Their previous attempts at determining land use through zoning restrictions have been a huge failure, leading to premature suburbanisation and long commutes, thus,increasing total housing costs (rent/EMI + commute costs)

3. Building Height Restrictions (including FAR/ FSI restrictions) have pushed new construction to places far away from the original city centres, and increased the cost of housing by creating an artificial shortage of land.

5. Anti-owner rental policies (rent control, etc) in India has increased the cost of renting by reducing the supply of rental housing stock. Rental housing is generally the most affordable kind of housing.

A reversal would require the scrapping of most zoning restrictions, allowing high FSI ratios, abolishing rent control and adopting the model tenancy act.

Let us take a look at what the government has done. On 25 June 2015, Prime Minister Narendra Modi launched three urban focused missions, with a lot of fanfare in a slogan-filled speech. They are the ‘Housing for All by 2022’ Mission (Urban), Smart Cities Programme and AMRUT (Atal Mission for Rejuvenation and Urban Transformation). It is natural to suspect the need for a ‘Mission’ to deal with the problem of costly housing- given how government missions usually involve lots of useless spending and fail to make much of a difference, and also given that local and state governments are the principal cause of the problem.

This article will be examining whether the Urban Mission of ‘Housing For All by 2022’, (Pradhan Mantri Awas Yojana) in it’s current structure, would achieve its aims.

What The Mission Proposes

1. It sets the target at two crore houses but qualifies that target by saying that the exact number would depend on surveyed demand.

2. An increase in the number of eligible beneficiaries (as compared to the Indira Awaz Yojana) with the income cap for Economically Weaker Sections (EWS) being increased to Rs three lakh per annum, and that for Low Income Groups (LIG) to Rs six lakh per annum.

3. A central grant of Rs one lakh per house under a slum rehabilitation programme, with the state government having the flexibility to use it for similar slum development schemes that are already being run.

4. An interest subsidy of 6.5 percent on housing loans of tenures upto 15 years which, on Net Present Value Basis, would amount to Rs 2.4 lakh.

5. Central Grant of Rs 1.5 lakh per house for EWS category, as a way to encourage ‘beneficiary-led individual house construction or enhancement’

The mission will be implemented in three phases:

The unique thing about this mission seems to be that it also has a technological sub-mission which looks at the technology aspect of affordable housing, and aims at capacity building.

Will The Mission (In Its Current Structure) Achieve Its Aim?

As is clearly apparent, most of the fixes to the affordable housing shortage are demand side measures. As studies have shown, subsidising demand when housing supply is inelastic (due to government restrictions) can only lead to an increase in price volatility, including the prices of existing housing stock. This would mean an increase in the disconnect of house prices from construction cost and higher housing costs for those who can afford houses . Houses may remain unaffordable for those who really need it.

The outcome, which is most likely from this demand side intervention, is not affordable housing but high price volatility in housing markets and unaffordable housing. Massive interest subvention has the potential to become a huge disaster.

Moreover, the mission has a one-solution-mostly-fits-all approach, with limited flexibility. Thus, it more or less eliminates the possibility of local information being used to direct housing policy. Although the technology sub-mission has been created, with the express purpose of using local information to help make the mission a success, one doubts if this is going to happen. This is because there exists a shortage of qualified, urban planning specialists in India.

Almost nothing has been learnt from previous failures like the ‘Rajiv Awas Yojana’ and JNNURM-funded housing projects; through which the central government spent Rs 21,482 crore building housing units for the urban poor, of which 23 percent are lying vacant. In Delhi, thousands of Delhi Development Authority (DDA) flats are finding no takers among original allottees and the DDA is reauctioning them. When this is the case, some serious rethink was needed. Sadly, there wasn’t any.

What the mission also fails to do is take a holistic look at our housing markets. It does not comprehensively address the massive and pervasive restrictions placed on the supply of new housing stock. Policies of highly restrictive zoning regulations and FAR/FSI norms create artificial land shortages and end up increasing the land costs per unit. Administrative dysfunction- state governments controlling urban local body (ULB) decisions and municipal bureaucrats with powers to delay building plans- end up increasing construction costs. This permit raj also discourages a lot of potential suppliers from entering the housing market.

The March 2016 guidelines for the mission make it a mandatory condition for States/UTs to provide additional FAR/FSI/TDR and relaxed density norms for slum redevelopment and low cost housing, if required. Two other important and mandatory conditions are the creation of a system to ensure single-window, time bound clearances. This goes for layout approval and building permissions at the ULB level, and adoption of the deemed building permission approach when it comes to approvals for houses below a certain built-up or plot area.

The above conditions only solve a part of the problem. If the ministry understands that relaxed density norms and additional FAR in such layouts will help make housing affordable for the poor, why not extend the same to the rest of the city so that the middle class can benefit? With increased rural to urban migration and increasing incomes of the urban poor, we will soon see a demand for ‘Housing For The Middle Class’ mission.

Sensible Moves By The Government

Most government schemes to ensure affordable housing for the poor go the route of home ownership, wherein the government directly or indirectly subsidises poor families to buy homes. They almost always ignore rental housing as a way to ensure affordable housing for the poor. Thankfully, the Minister of Housing and Urban Poverty Alleviation, Venkaiah Naidu, has done some commendable work in freeing up rental housing markets. The importance of the same in our urban areas is immense. This is one part of the policy that may be truly transformative.

Swedish economist Assar Lindbeck had once said: “‘In many cases rent control appears to be the most efficient technique presently known to destroy a city - except for bombing.” While repeal of the ‘Rent Control Acts’ of various states was one of the conditions for funding via the UPA’s JNNURM mission, Venkaiah Naidu has gone a step further and come out with a ‘Model Tenancy Act’ to replace these ‘Rent Control Acts’. Adopting the ‘Model Tenancy Act’ is now one of the mandatory conditions for states to get funding under this mission. The Act, along with the National Urban Rental Housing Policy (NURHP) released by the ministry in October 2015, will help increase the amount of rental housing stock in Indian cities.

How Can The Mission Be Changed?

Though all three urban focused missions were launched together, there is considerable space for synergies between these them to be identified and utilised. The policy needs to be reworked so that it can provide a credible solution to the housing market’s supply inelasticity. This can be through an incentive scheme, where states with liberal, urban land use regulations and low levels of permit raj can get an extra infrastructure grant from the government of India. It can also be done by linking the mission to the ‘Smart Cities Mission’ and prescribing an easing of restrictions on housing supply, as a prerequisite for continued funding of the identified ‘smart cities’.

Whatever it may be, one thing is surely clear. The mission as it stands, other than the rental housing reforms, won’t deliver the goods.