'Can Women Recite The Vedas?' Dharmic Reformists Versus Colonised 'Traditionalists' 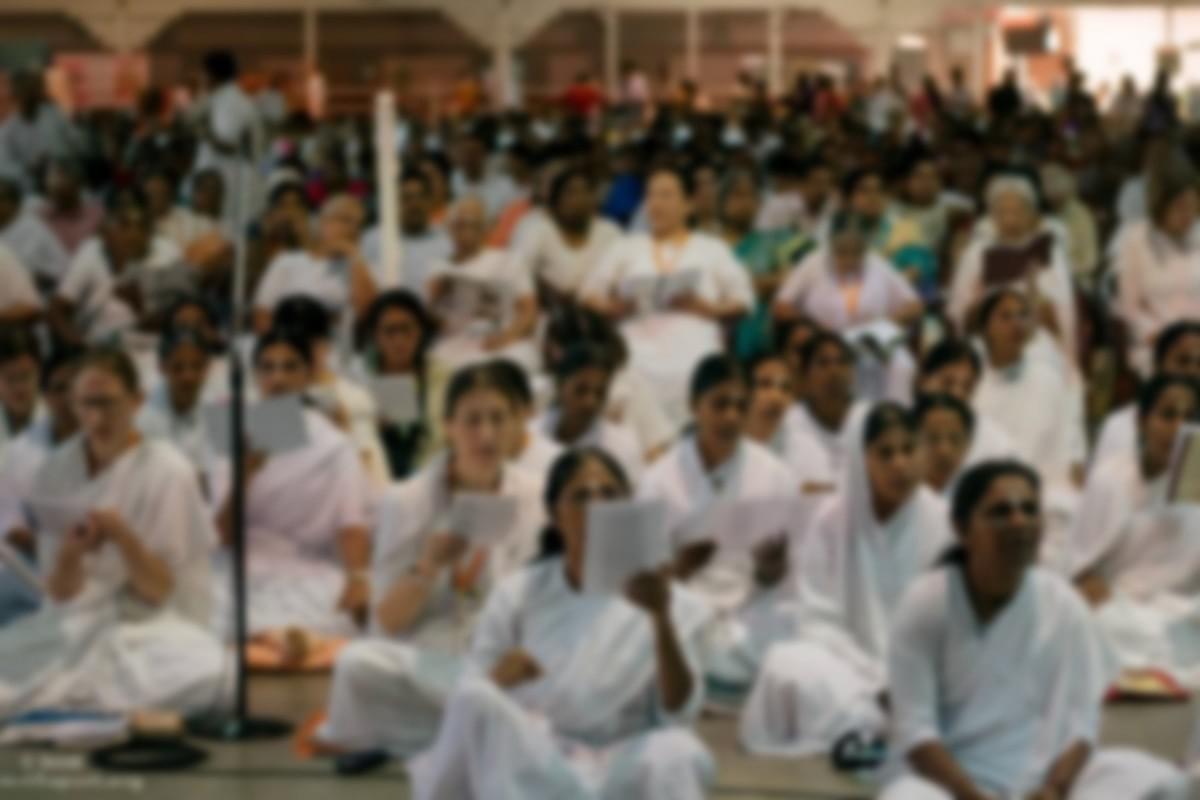 On 4 November 2002, Gaiea Sanskrit – a Twitter handle of Gaiea, a student of both Sanskrit and music tweeted her recital of the invocation of the Taittiriya Upanishad with the announcement that she has done the complete recital of Upanishad.

This brought a variety of responses, mostly appreciation but a significant number of attacks also.

One handle did not mince words and stated that recital of Vedas without instruction from a proper Acharya was a sin (papa) and that no traditional scholar would teach women, Vedas. The tweet further found it 'disgusting' that people should appreciate such chanting.

This comment in turn triggered quite a lot of support and criticism.

This is not new. Sometime back another traditionalist scholar, now quite popular in TV debates, has declared that women should not even recite Pranav Mantra - Aum.

The problem has some worrisome deeper dimensions.

Similarly, a believer in ‘women should not recite Vedas’ usually also believes in ‘Sudras and untouchables should not enter the temples’ and usually holds ‘child marriage as a healthy practice’ and also holds ‘secular education of women a cultural degeneration.’

Probe gently further and in unguarded moments they will let it slip – nostalgia and justification for untouchability.

Now all these also have euphemisms – ‘Indic’ and ‘decolonisation’. Most ‘Indic’ discourses and brilliant young narrative-builders of decolonisation do not do this. But the traditionalists of the above mindset lurk amidst.

Yet these traditionalist stands against women (and the package includes ‘Sudras’ and also Scheduled Communities) are neither Vedic nor Dharmic. This is the worldview of the 19th century colonialists.

All these existed in all pre-modern societies. India was not unique.

For example, it was only in 2019 that Pope Francis raised the minimum age of marriage for women; it was actually 14 which was raised from 12 which was in the original law.

We also know that girls use to get engaged even before twelve. For example, the girl engaged to St. Augustine was merely 10. So, there was nothing Indic or uniquely Dharmic about child marriages.

Yet, Hindu 'traditionalist leaders' made high voltage propaganda that the Sharda Act that raised the marriage age of women would destroy something uniquely Dharmic.

The same goes for birth-based discriminations and privileges.

The clans and communities of ‘noble’ and ‘aristocratic’ descent often arrogated for themselves privileges. The toiling communities were held in contempt. Thus ‘peasant’ to this day remains a word of contempt.

The Biblical Hamitic myth posited upon nations as history justified trans-Atlantic and Caribbean slavery – probably the cruellest most inhuman institution that existed. The West replaced their own social discrimination and exclusion with colonial slavery and later slavery with indentured labour. All these were justified theologically.

Caste system, which the Dharmacharyas continuously defended as birth-based Varna, was only a pre-modern variant of these institutions. And as Dr. Ambedkar pointed out Varna is opposite to Jati – Jati is birth-based and Varna is worth-based.

Varna is a conception. Jati is a social reality. Merging and confusing of both were inevitable in premodern society. But with the emergence of modernity and with the hermeneutics of Swadharma based on Swabhava – Varna becomes more a personal spiritual way of how an individual relates himself or herself to the society.

Jati with its negativity and discrimination and an inherently biased tendency to move always towards social stagnation as well as the social ills emanating from social stagnation, was universal in all pre-modern societies.

Varna that is not birth-based, a highly personal-spiritual system for the individual to relate to the society, is alone unique to Hindu civilisation, spirituality and culture.

Yet, traditionalists, mostly derived from the upper strata of the society, either intentionally or otherwise, confused both. And then called that Dharma.

The same is true about women reciting Vedas.

Historically, this negative, discriminatory view of women came into the Vedic Dharma from Buddhist and Jain influences, most probably.

Consider the following where Buddhist scholar Reiko Ohnuma points out how Buddhist 'theology' sets woman's body as the opposite of Bodhisattva's body and Buddha's body:

Now let us look into another related incident that happened in the 20th century.

It contains quite a lot of lessons for both the colonial-traditionalist and Dharmic-reformist Hindus as to how to conduct a dialogue while standing steadfast committed to principles.

Suri Nagamma, the devotee of Bhagwan Sri Ramana Maharishi had recorded an incident in the reminiscences of her days with Bhagwan.

Bhagwan Ramana had made a Samadhi temple where his mother’s body was buried. A Sivalinga was installed and Veda recital was done by Vedic Pandits.

Previously, the head of the Kanchi Mutt at that time, Sri Chandrasekarendra Saraswati, had looked at Sri Ramanashrama from outside when he was having Girivalam. Later, in his talk he had talked about spiritually enlightened persons as being above the ordinary rules of the society.

That praise was a prelude.

The very next day something interesting happened. What Suri Nagamma writes needs to be quoted at some length here:

Four or five days later Raju Sastri and other pandits well versed in the Vedas and who were coming from town daily for Veda Parayana before Bhagavan and Mahanyasam in the Mother’s temple came a little earlier than usual and told Bhagavan that they had been served orders from the Swami prohibiting them from doing Mahanyasa Puja in Mother’s temple saying, “Sannyasa for women is not permissible, that the Mother’s Samadhi and the linga erected over it is against the sastras, and so Mahanyasa Puja in the temple should not be performed.”

Thereupon Bhagavan said, “In Ramana Gita, in reply to a question Visalakshmamma asked me through Nayana, I have already given a suitable reply to this question, namely, for those women who become parivrajakas through the practice of jnana there is no prohibition either for sannyasa or for samadhi. What more is there to be said now?” They however enquired, “What reply should we give to that Swami?” “Why are you concerned about all such arguments and counter-arguments? So long as he is the head of that peetam he must observe and practise the rules and regulations of that peetam. He has therefore sent his prohibitory orders, in the usual course. It is better we quietly continue our work. Whoever amongst you want to come, may come; others may keep away. Why raise all sorts of doubts?” said Bhagavan.

Then Suri Nagamma quotes the verses from Ramana Gita which include the following:

As in mukti and jnana there is no difference between man and woman, the body of a woman liberated during life is not to be cremated, for it is a temple.

The Vedic Dharma has expressed and experienced the highest reality as Divine Feminine and Vedic Dharma historically has had Rishikas who as Kavis expressed the eternal Dharma through mystic poetic verses.

If in Mukti and Sannyasa the women are not discriminated then what is the need for discrimination in recitation of the Vedas – which is also a quasi-worldly Karma-process?

One does not have to be a woke-feminist and demand that a quota be made for women in chanting of the Vedas. One also does not need to be 'trad-woke' and label the support for a woman reciting the Upanishad as ‘disgusting’.

Finally, as Bhagwan Ramana with his own enlightened determination showed us, let us understand the conflicts that 'trads' face. While we need not use harsh words while fighting these battles on social media, we also need not compromise on the fundamental Dharmic justice.

Birth-based discrimination—whether gender or caste—is not Dharma. It has to go. It is naturally eroding and fading. But the extraordinary precarious situation the Hindu Nation is in demands that we accelerate this adaption process.

The reforms to this end are Dharmic in spirit and value. And the so-called traditionalist discrimination is the product of colonialism.