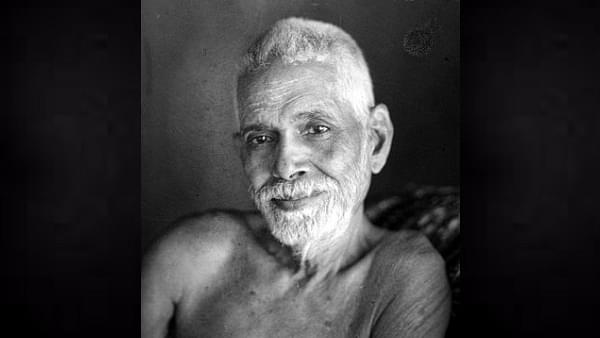 Music maestro Ilayaraja is not a man who wants controversies. He keeps away from such frivolities. Yet, recently, he was dragged into one. In a video that went viral, he speaks about Jesus and makes a comparison with Ramana Maharishi.

Talking at the Google headquarters about his music and life journey, he demonstrated a song he had composed on Ramana Maharishi. Then, he made the comparison between Jesus and Ramana Maharishi. Here is a translation of what he spoke:

They say of Jesus Christ that he resurrected and came back from death. Whenever I have had time, I used to watch documentaries on YouTube. There are documentaries which reject the claims of resurrection. They give a lot of arguments and proof against resurrection. The very basis on which Christianity had expanded for the last 2,000 years – the belief that he died and he resurrected – getting refuted with proof and documentaries are available on YouTube. Whether resurrection (of Jesus) happened or not, the real resurrection happened for only Bhagwan Sri Ramana Maharishi. That too when he was just 16 years old, he was overcome with the fear of death and he decided to experience what exactly was death. He laid down and stopped breathing and all his vital activities ceased. He saw his own dead body. Then he went into the question of who was the one experiencing death and transcended all these stages and went into realisation. After that he came back into the dead body. This resurrection happened only to Sri Ramana Maharishi.

This statement has led to a widespread condemnation by Christian organisations. Members of Christian groups tried to conduct agitations in front of his house in Chennai and were detained by the police. Other groups have petitioned the city’s Police Commissioner to take action against Ilayaraja. On social media, many of those who usually support ‘freedom of expression’ have suddenly gone silent.

In all of this, the significance of Ilayaraja’s statement should be understood.

Always on the radar for proselytisation, Tamil Nadu has come under severe Evangelical onslaught for the last two decades. In Hindu places of pilgrimage like Rameswaram, Kanyakumari and Madurai, provocative Evangelical slogans fill the public space intimidating Hindu pilgrims. Claims have been made in public spaces throughout Tamil Nadu that "Jesus is the only true living god”, etc. The implication is that all other divinities are either false, or dead, or both. If the assertion of Jesus being “the only true and only living god” can be made in the public realm, then we have the right to question that claim. If the claim of resurrection is made on the basis of history, it should only be natural that those claims are put through tests of verification. Ilayaraja has done exactly that and has expressed the conclusions that he has reached.

And the basis of this aggressive crusade has been called into question by a very prominent public figure in Tamil Nadu. Questioning the historicity of Jesus and the literal interpretation of the resurrection myth in public discourse is something that should have been done by Hindus long time ago, given the vehemence of Evangelical attacks on them.

What Illayaraja has done is to point out the mythological nature of Jesus story.

The story of the hero going into the realm of death for three days and returning can be traced to the Sumerian religion. Sumerian goddess Inanna was 'dead for three days and three nights' and this mythological tradition was echoed by Jesus when he said he would be 'three days and three nights' in the grave (Matthew 12:40). The Upanishadic story of Nachiketa voluntarily going into the realm of death because of the word of his father and bringing back the truth, also predates the Christian claim by several centuries. However, by reducing this mythological and philosophical journeys of human spirit into the realm of death to historical literalism, Christianity has made use of it as a unique selling point in the proselytisation campaign.

Today, an increasing number of historians and theologians are putting the historicity of Jesus to tests of verification, and coming to the conclusion that Jesus, “as described in the Gospels”, is more illusion than substance. A good example is from the work of the ‘Jesus Seminar’ – an authoritative group of historians of early Christianity as well as Christian theologians, who, in their book, The Five Gospels, have marked those words from the Gospels that a historical Jesus is likely to have uttered. They have a colour code for this analysis and in the celebrated ‘Lord’s Prayer’ attributed to Jesus, the only possible part, they say, he could have certainly spoken, are the words ‘our lord’.

From turning water to wine to resurrection, there is no ‘miracle’ in the constructed narrative of Jesus which does not show modified or sanitised borrowing from a pre-existent, non-Christian religion or spiritual tradition. Even the poetic sermon on the mount was not stating anything that was not already present in the ethics and religion of Jews already.

These aspects need to be discussed in Indian context as India is facing an aggressive Evangelical crusade.

Ilayaraja, intentionally or not, has made this truth, almost never spoken out, come to the fore. Unlike, Hindu gods and goddesses, who do not necessarily claim a historical basis, Jesus is a deity who has a clear prior-mythological roots while claims are made of him being historical. While most of the Hindus, unaware of the historical claims of Christianity and their theological implications for the survival of their own culture, blindly, and in good faith, consider Jesus as another deity similar to their own. Ilayaraja has simply broken the spell and has made them look at the real nature of such claims.

Jesus, whom most Christian denominations hold as the only begotten son of god and as the promised messiah (a claim categorically rejected by Jews), is considered in Christian belief to have died for the sins of all humanity and to have resurrected on the third day. Based on this faith, which they hold as truth, and through the spread of European colonialism, Christianity was spread globally, destroying the local spiritual traditions of the colonies. The civilising mission also profited the West, which of course reinvested a part of the surplus into the soul-harvesting business. Theo-colonialism was a great aid in economic and political colonialism and vice-versa.

Ilayaraja has unwittingly questioned this core of Christianity. He had said that the resurrection story was just that, a story – perhaps a symbolic one, but a story. Then he added that Ramana Maharishi, on the other hand, willingly embraced death experience and came back with the self-knowledge. Unlike the myth of Jesus, where historical uniqueness is claimed, Ramana Maharishi did not claim any such uniqueness. Nevertheless, he showed how an experience can be used for inner exploration. In a way, what Ramana Maharishi did was perhaps to experience death and create a scientific inquiry into the religious experience.

There is every possibility that there is going to be great pressure on Ilayaraja in the coming days to modify, or retract, or soften his statement. He may even announce that he was not talking ill of any religion and that he was speaking about spirituality and that he has great respect for Jesus. Or he may stand his ground. However, what he has already done is that he has provoked many (those who have lapsed into other religious cults included) to think and evaluate religious systems on the strength of their spirituality. What he has expressed through the spiritual greatness of Ramana Maharishi is the call for the realisation of the depth of Indic spirituality, and we are all indebted to him for it.