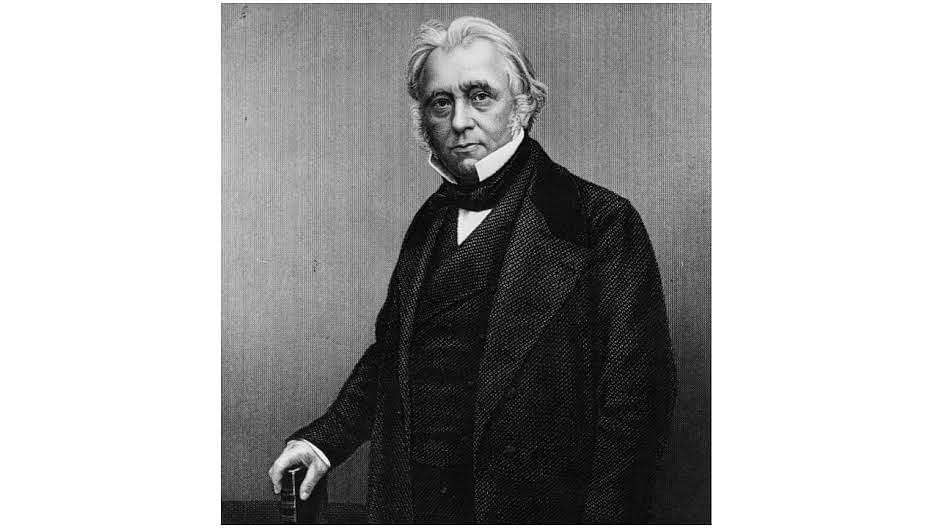 The government has appointed a nine-member committee under space scientist Krishnaswamy Kasturirangan’s leadership to prepare the final draft for the New Education Policy (NEP). The panel, which has been asked to begin work immediately, includes members from across the country, but does not contain a single Sanskrit expert, artist, musician or philosopher. The exclusion of the not only arts but also humanities is complete.

What could be the reason for this exclusion? It is difficult to believe that the omission is by oversight. Most likely it is part of the thinking of the policy makers who have a fascination for modern gadgetry and scientificity, which is just another garb for the ‘scientific temperament’ touted for too long by the Nehruvians. Information technology is a mere tool, a skill, not a knowledge system. It can keep transparent accounts and data but not make honest accountants. For honesty, you need no laptops, but a sense of dharma.

Where is then, the consideration for traditional systems of knowledge and the indigenous ways of thought that the Bharatiya Janata Party (BJP) has always upheld as its banner? How does this reconcile with its vision of ‘cultural nationalism’?

To uproot the modern Indians from their heritage, Macaulay adopted the simplest way. He devised a system in which vidyaa-vihiina-pashus were elevated to govern the ‘jewel in the crown’. Nehru retained that the system to look after and serve the jewels of crowd.

The biggest prejudice against arts in India has been generated by its modern educational system that inculcates a diametrically opposite attitude to their worth as posited in the traditional Indian psyche. So-called makers of modern India, assiduously preserved the schooling system left behind by the British and only allowed the American educational jargon (propagated mostly by PL480 money-financed professors) to modify the shape and size of textbooks, leaving the content untouched. They have also maintained the hegemony of the printed word, the paper exercise book and the written examination over all other means of instruction and evaluation.

Reading print and reproducing it in examinations remain the hallmark of our educational methodology. Our modernists have been so enamoured with it that they are scared to consider another method, such as vocal expression, capacity to conduct reliable work projects, teaching of junior students by senior students and so forth. As a consequence, in this culture, where the spoken word, intonation and gesture, signs, symbols and rituals had been developed as superb media of communication for thousands of years, now mere reading, cramming and reproducing prevails as the only method of passing examinations from nursery classes to the Indian Administrative Service. If the arts, except for music that still rests upon traditional training and Hindu ethos, have not touched great heights in free India, the sin lies at the doors of our education ministers.

The prime purpose of education is to ensure creativity in individuals. It is the best way to subdue their destructive instincts. When the ancient poet Bhartrihari said that a person without education is an animal (vidyaa-viheenah pashuh), he was not disparaging the animals, but showing the difference between the mentally innovative homo sapiens and the instinctively driven animals.

Societies with their immense variety are products of man’s mental creativity, not just of the gregarious instinct also found in lions and fish. Hence it was said by Aristotle, “man is a cultured creature” (O anthropos politikon zoon) wrongly translated under the impact of materialistic behaviourist theories, as “man is a social animal”. Man the cultured creature continuously creates using his past for his future. Education is the methodology that ensures this creativity. Societies, which are less emphatic about creativity, or are scared of it, such as ours at the present moment, tend to define learning in terms of short-term objectives. They value education systems by the materially productive work its students are likely to accomplish. They project role models of glamorised achievers and preach competitiveness and survival of the toughest. Its jingles are: jo jeetaa so sikander “whosoever wins is Alexander” and “nothing succeeds like success” and so on. The skepsis about means and end is already considered futile.

In the Indian, or rather in the Asian tradition, the trained (samskrita) or the educated individual has been the cornerstone of creativity, and hence of action and leadership. The notion of rustic simplicity, or lack of training as a mark of purity and naturalness, of the “mute inglorious Milton” is a Euro-Romantic concoction. In India, “graamya” (crude) or “praakrta” (natural) was regarded as impure, being untrained.

All this thinking has gone out of the modern Indian educational system. Art has come to be looked upon as nothing more than entertainment, whether refined or popular, highbrow or mass-mediotic. It is no longer sacred or liberating, shubham or mokshadaa. We have lost a major cultural faith and the fountainhead of our sustenance. The ancient Greeks too, regarded the non-utilitarian arts such as music, painting, poetry, dance, and theatre as builders of ethos (moral fibre). For this reason they made these an essential part of their educational system even for soldiers. But the modern West chose to discard this attitude. This idea was not considered worthwhile when Europe drew upon the intellectual inheritance of classical Greece. The arts though not dispensable, were only ornamental in the post Enlightenment education.

This thinking was imposed on India by the colonial educationists. What was worse, it was reinforced by the so called Indian Renaissance by its fabricated picture of ancient Indian educational values. Puritanism, abnegation, and aggression were valorised in opposition to satisfaction (tushti), abundance (samriddhi), aesthetic softness (laalitya) and joy (harsha), which are described as a citizen’s hallmark in our classical literature.

During the Independence struggle, and soon after, art was in effect, set aside by the puritanism of Gandhi, as much by the staunchness of Hedgewar, and the economic myopia of Jai Prakash Narain, Lohia and other socialists. The Marxists with their anti-religious bias and their propagandist approach to art further damaged the traditional concept of sacredness and creative individualism in Indian art. Almost everybody presumed that India was too enslaved, poor and illiterate to think of art. Now that we are independent, the affluent among us are the crudest, even though the poor retain some traditional aesthetic sense.

Under the impact of Nehruvian scientific rationalism, the government agencies responsible for making policy, curriculum as well as textbooks, like the National Council for Education Research and Training have been promoting a wooden version of science.

There is an excessive emphasis on mugging “objective facts” about the physical world instead of imparting the skill of inductive logic. The quiz wiz-kids that every uppish school tries to produce are information-parrots only good for TV shows. Worst of all, in the name of modernity, contempt is planted in young minds for all the sciences and arts that prevailed before the Euro-Renaissance.

Consequently, our allopathic doctors have generally no dialogue with Ayurvedic or Unani practitioners; very few legal luminaries have acquaintance with ancient codified or customary laws; and not many physicists have studied ancient astronomy or music; hardly any modern psychologist has delved deep into theatre. The dichotomy between art and science, ancient and modern is made complete. Rabindranath Tagore and Sri Aurobindo who presented healthy and exploratory methods to bridge this chasm were systematically marginalised and denigrated as too aesthetic or too spiritual by Nehruvian iron-jacket modernity.

Since the nineties, a vast expansion of television, films, advertisement and fabrics has created a new performance industry. This performance business is largely conducted through electronic and digital media which could have wonderfully harnessed the new technology to spread education and emotional health to every nook and corner of India at astonishingly low costs. But the result has been the opposite. The films have descended to sensationalism, the television channels to misinformation, advertisement to sweet lies, and fashion shows to flesh mongering.

The Indian elite that manages this new media has no other interest than commerce. Education is furthest removed from the aspirations of this class. The whole enterprise apes the Western media and has failed to posit any values other than those of consumerism. It is like selling Mcburgers with coriander chutney as the only Indian content. This failure is not of means, but of mind. Indians have come to accept the Western dictum that mass media can only have popular content, that is, it must descend to the lowest demands of taste. Any attempt to elevate and educate taste is considered anti-democratic.

A concerted effort needs to be made to reinstate the arts as a creative, therapeutic and moral force in our educational system, print and electronic media. In schools, arts should be among the main subjects of study and not a mere extracurricular activity. Five to six years of regular theatre classes in native languages can develop clear speech, healthy and graceful carriage, and a direct familiarity with literature, myth and poetry in an easy way. It is more gracious and delightful than the present system of cramming through print. It has been demonstrated that theatre, dance, painting, and music are the best instruments of personality development for children. Why can there be no marking, promotion and academic recognition for them? Why have they been relegated to the lower category of ‘vocational subjects’ meant to be taken by duller kids?

When will we stop thinking of art as a handmaid of business, diplomacy, or infotainment and recognise it as an elevating experience that distinguishes humans from animals?

I sincerely hope that Prime Minister Narendra Modi will intervene and include in the NEP panel some experts with proven record from the fields of arts and humanities, especially those who are steeped in Indian systems of knowledge.