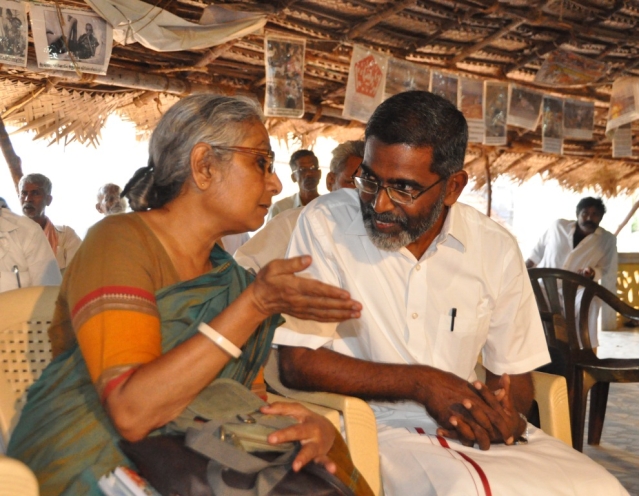 The socio-economic problems plaguing our nation are huge and need immediate attention. We rank at the bottom of the list on several human development indicators. Numerous NGOs have spawned to champion uncountable causes. It is reported that India has 31 lakh NGOs registered, i.e. one for every 400 people in the country.

This is twice the number of schools in the country and 250 times the number of government hospitals. However, NGOs in India have paid little attention to the larger issue of gaps in policy making and governance shortfalls.

Many problems we face today are a consequence of systemic problems and fixing them should be a topmost priority. In this article we make a case for why more NGOs in India need to work with the government and why such NGOs need to be patiently supported by the citizens and philanthropy organisations.

Let’s take the issue of women’s empowerment in the country which has lately gained prominence. Several private and charitable organisations are working to address this at at various levels. The issues being tackled range from declining sex-ratio, limited access to education, high school dropouts, early marriages, lack of access to healthcare, etc. Millions of rupees as CSR (Corporate Social Responsibility) funds are channelled to fund the above initiatives and thousands of volunteers are devoting millions of manhours towards it.

An entire private parallel NGO and funding structure has been created to address the problem and this involves tremendous investment of resources. However, the role of the state is central to solving large scale complex problems in a sustainable way. Investing any amount of resources without taking policy and governance issues into consideration would not result in any sustainable solution.

Let us take an example of a policy intervention to address this issue. The government of Madhya Pradesh launched the Ladli Laxmi Yojana (ladlilaxmi.com) in 2007. Six other states have now replicated this scheme with some modifications. This scheme was launched in MP to address the declining sex ratio in the state, improve access to education and health for the girl child and reduce child marriages. Under the scheme the government purchases a National Savings Certificate worth Rs 6,000 on behalf of the girl child for five consecutive years – i.e. Rs 30,000 in total. Different amounts can be drawn when the girl reaches the sixth, ninth, eleventh and twelfth standardx. If a registered girl reaches the age of 21 and was not married before the age of 18, the girl receives Rs 1 lakh.

Till 2013, 15 lakh ladlis benefitted from the scheme. In a study conducted by the Directorate for Women Empowerment in MP, it was found that 97 percent of the Ladlis of 2007 are enrolled in schools now. There was a marked difference in behaviour of families towards the girl child; increased instances of family planning, immunisation, enrolment in schools and reduced preference to child marriages.

A total of Rs 2,326 crore had been spent on the scheme in the first six years of implementation. The government has the machinery and resources to execute such multi-dimensional long-term projects. It needs fresh ideas, good people and technology most of the time.

Scale and sustainability of change can only be achieved with government involvement. However, it is a common experience that working with the government is challenging and frustrating. That is the reason civil society and businesses have avoided involving government in its developmental projects. But isolating the government will never result in long term sustained change.

NGOs in India have tried to substitute for the state and have been unable to scale or sustain their impact. Very often good hard work is done to undo the impact of the policy gaps of the government. Instead of working against each other, government, businesses and civil society need to collaborate to bring lasting change.

There is a need for more NGOs to work in building capacity in the government, to help it function more effectively and efficiently. There is a need to support organisations working in this space – i.e. policy research, policy advocacy and efficient policy implementation or good governance. Good governance creates the favourable environment for overall economic development and prosperity. Internationally, a few organisations have taken high impact steps in this regard and are engaging with the government in a positive way.

Let’s take the example of Liberia. In 2005 when Liberia came out of 14 years of civil war all its institutions were destroyed. The country had a budget of $149 million while it had debts of $3 billion. To address this, the Scott Family Fellows Program was founded with a generous $1,000,000 grant from the family of Ed Scott Jr.

The fellowship programme recruited young professionals to support the government of Liberia, as ‘special assistants’ to senior Liberian government officials, primarily cabinet ministers. The programme placed a special emphasis on encouraging qualified Liberians to apply. The fellows worked with the goal of helping Liberia in its urgent reconstruction and development efforts.

In the Indian context as well, without investing in human capital who would be future leaders, we cannot hope for governance to change. There are a few organisations which are making an effort in this direction, but given the huge need for fresh talent more such efforts are needed. We need fellowships which support such young talent in the public policy and governance space.

These efforts need to be recognised and supported through patient philanthropic support. They have undertaken a challenging path, but the results will be seen in the long run in a sustainable way. As conscious citizens, we cannot hope for good governance without our engagement. A well-functioning democracy needs our participation and investment. As the governments today are increasingly open to engagement and the citizens restless for change, it makes such efforts more relevant than ever before.