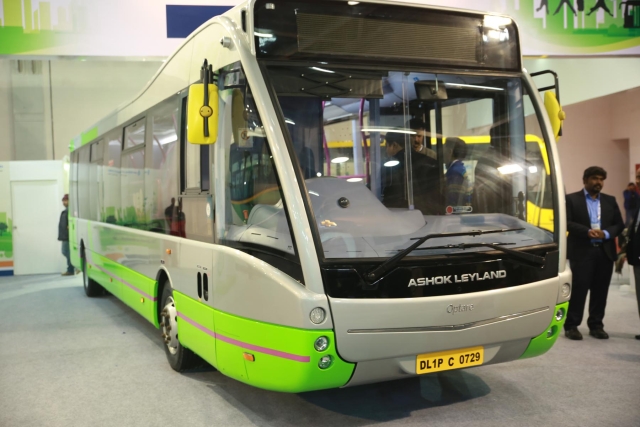 India’s premier government-sponsored think tank, NITI Aayog, has come up with a new policy that aims to change the face of India’s public transport with a combination of electric vehicles, as well as upcoming technology such as the Hyperloop and SkyTrans. Here are the key ideas from this new plan:

One: Only Electric Vehicles for Public Transport.

Under the new policy, Rohtang in Himachal Pradesh had already begun tests for using only electric vehicles for public transport.

Five cities, namely Bengaluru and Mysuru in Karnataka, Amaravati, Kakinada and Visakhapatnam in Andhra Pradesh, have been selected for the implementation of the new policy. However, only one or two of them may be selected in the final round.

Ride-sharing aggregators like Ola and Uber have also reportedly agreed to this plan. When the government finally puts it in motion, they have to agree to ply only electric cars.

Among the cities being considered, Amaravati and Mysuru may be best suited for the proposal. Amaravati, a completely new city being built in the vicinity of Vijayawada, can be a city with electric public transport vehicles right from the start. Mysuru, on the other hand, is a relatively traffic-free city that has a reasonably well-implemented Intelligent Transit System for vehicle tracking.

Electric buses may not be able to cope with the congestion in larger cities such as Bengaluru and Delhi, and need to be first introduced in cities with lesser traffic.

The Bangalore Metropolitan Transport Corporation (BMTC) had conducted trial runs of a completely electric bus that was imported from China in 2014. However, when the corporation proposed to procure 150 such buses recently at an estimated cost of Rs 2.7 crore per bus, it attracted a lot of criticism.

An official of the think tank said that while the government was keen on promoting electric vehicles, it was also considering a ‘sunset’ policy wherein a deadline would be given for completely phasing out diesel vehicles.

While this phasing out sounds good, there is no word on phasing out buses running on Compressed Natural Gas (CNG). The National Capital Region of Delhi, Gurgaon, Noida, Faridabad, and Ghaziabad exclusively use CNG buses following a Supreme Court order.

Cities like Mumbai, Pune and Ahmedabad are also prominent users of CNG buses, though in these cities the fleet is a mix of diesel and CNG buses. The Brihanmumbai Electricity Supply and Transport (BEST) undertaking in Mumbai is set to get a batch of diesel-electric hybrid buses from Tata Motors. Along with that, it plans to retrofit existing diesel buses with a lithium-battery powered engine.

Is this the end of diesel vehicles? One can hope that day is not far off.

Apart from this, the government and NITI Aayog are studying a proposal sent by US-based SkyTran. The SkyTran system, a patented personal rapid transit system built on the principle of Magnetic Levitation (Maglev), is currently under construction in Israel.

It can allow speeds of upto 150 miles per hour. The company has agreed to build a 2-kilometre-long test track in Gurgaon at a cost of Rs 100 crore per km and finance it on its own.

The government’s idea of looking at both Hyperloop and SkyTran is quite interesting. While the former (Hyperloop) can only be tried out over longer distances such as between two cities, the latter can be done over smaller distances, such as within cities. Gurgaon is also where the National Highways Authority of India (NHAI) is building the Metrino Pod Transit System.

However, what the government can instead focus on is, getting individual companies to invest in India as a manufacturing hub. This would also result in an inadvertent push towards research and development in the field of magnetic transport in India, which is certainly going to impact transport in the long term.

While the Hyperloop and Personal Rapid Transit (PRT) systems sound great, what really stands out is the plan to push for an exclusively electric public transport network.

Over the long run, their reduced cost of maintenance will certainly negate the initial investment capital required. It is known that power generated at source is cheaper and more eco-friendly than power generated in a vehicle. It is this principle that is the driving force towards both electric vehicles on the road as well as electric railway systems.

The one crucial factor that might hamper large-scale adoption of EVs in the public transport sector is the high investment. While the government’s Faster Adoption and Manufacturing of (Hybrid &) Electric Vehicles in India (FAME) scheme is working towards subsidising EVs, the government can try tie-ups with the private sector.

The recent government announcement on setting up dedicated lanes for electric trucks with an overhead power supply cable may not be as feasible as expected. While it would certainly get more people to invest into electric vehicles, and can slowly be extended to buses and other sectors as well, it would pose a lot of problems due to non standard sizes of vehicles. What can instead be done is to invest in charging systems based on Electromagnetic Induction, which although still being developed, will enable ‘on-the-fly’ without the need for cables.

The government seems to partially be on the right track for a better and more comfortable commute over the next few years.

It still needs to attract both foreign and domestic investment in far greater numbers and at the same time start pushing for more higher education and research in the field of electricity generation, storage, and transmission along magnetic levitation if we are to someday brag about our transport system’s prowess.

Perhaps, this would be the right time to reconsider the offer made by Softbank’s CEO Masayoshi Son who said he’d gift a million electric vehicles to drivers of Ola Cabs, except this time, it’s for buses.