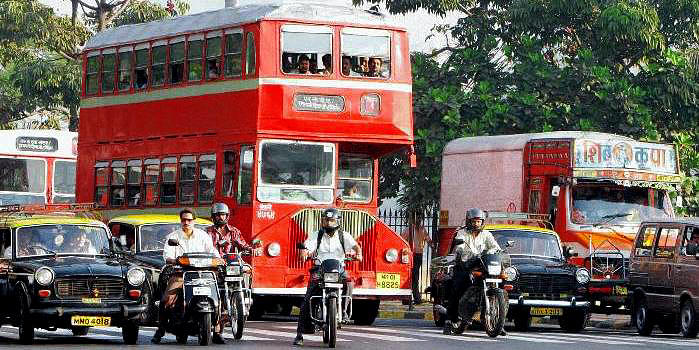 The recent strike by drivers affiliated to Ola and Uber in Bengaluru left a question on everybody’s mind. Are ride-sharing platforms like Ola and Uber fixing the problem of transport issues, or are they creating a newer one? One set of people were happy about the strike since traffic was at an all time low.

While ride-sharing is indeed being hailed as the transport of future, due to the fact that it reportedly results in vehicle ownership, a fact is that somebody has to own the car which is being used for ride-sharing. In any other case, with governments in India aggressively cracking down on car-pooling services, the situation seems bleak. Not all car-pool trips run with multiple passengers. It all depends on the demand, which in turn is dependent on the time of the day, the route, and several other factors. A car-pool trip with one passenger is as good as a regular, non-shared cab. Now, even if a certain percentage of people in a city opt to take a cab, as opposed to taking out their own car, it hardly makes a difference. You may leave your car at home, but having your car on the road is compensated by having your cab on the road. The total number of vehicles on Bengaluru’s roads hit 60 lakh in 2016. Mumbai, with approximately 25 lakh vehicles, has a density of 430 vehicles per kilometre. A car can accommodate a maximum of four people plus the driver, anything more than that would be a violation of the law and invite a fine from the Traffic Police for overloading the vehicle. While many believe that more vehicles would cause pollution, something we explained earlier as not true, it gives the government motivation for foolish ideas like the Odd-Even plan.

Swarajya’s editorial director R Jagannathan had earlier written that the Future of Urban Transport is the Bus, more than anything else, including the car and metro rail systems. The reasons are simple. Buses can carry more passengers, operate longer distances, offer better comfort, and be more economical than a car. At the same time, procuring 100 buses to operate over 25 km is still cheaper than building a 25 km-long metro line and procuring coaches, signalling systems, and the related paraphernalia for it. With six operational metro systems and one monorail system, we’re still lagging behind for various reasons. Under the Jawaharlal Nehru National Urban Renewal Mission (JnNURM), 7,600 buses were sanctioned in 2012-2013 alone, which means the total number would have been higher. However, these buses didn’t solve many problems for several reasons:

1. Violation of Jurisdiction. JnNURM buses were meant to be for urban use only. Several states, such as Kerala, blatantly violated this condition and operated buses meant for cities on long-distance routes.

2. Lack of planning. Cities such as Bengaluru merely added more buses on to the roads, but did not do much in terms of adding newer routes.

One hopes that the successor to JnNURM, AMRUT (Atal Mission for Rejuvenation and Urban Transformation) doesn’t mindlessly subsidies buses but rather funds and promotes smarter systems of transit.

Bengaluru and Chennai, both have a large fleet of unauthorised private buses roaming around on its streets. While the government cracked down on carpooling services this year, it has done nothing against these private operators who have been there for decades, mostly due to politics and influential people lobbying around. In cities such as Indore and Surat, the Municipal Corporation set up a company (Atal Indore City Transport Services Limited and Surat City Bus) and handed over the operations to a private firm. This ensured that the government wouldn’t have to run the service, but would still have the private sector not violate any laws. Delhi’s notorious Blueline buses were individual buses with a permit to operate that was phased out in favour of the Cluster Bus Scheme, where Corporate Entities would operate a fleet of buses. Ola operates a semi-bus service called Ola Shuttle, while similar services such as ZipGo, Shuttl, and the likes operate legally in part of India such as Gurgaon. Ola Shuttle was shown the door in Karnataka for the same reason the government is cracking down on pooling services.

The government should have realised by now that it cannot handle something as massive as transport by itself. Metro projects in India will take an enormous time to cover the entire city. Delhi’s Metro took 14 years to reach its current 213 kilometers, Mumbai took a decade for 11 kilometers. It can keep building them for the long term. But what about short and medium term solutions?

The government should allow private carriers, cars, buses, aggregators, to do what the state transport undertaking does. Only then will the situation ease out. It will also be a boost for manufacturers as different operators will have difference requirements based on their business model to attract more customers. The only condition is that they should be structured into a formal entity to prevent bus operators from forming a cartel similar to what happens in Kerala and even in Bengaluru. If the owner of a single-bus wants to operate a business, they should simply join an aggregator. This would prevent a repeat of Delhi’s Blueline saga, but will get more people of the streets. Slight regulation must be in place to ensure accountability and avoid accidents, but not more than that. Extreme situations be it tightly regulated or completely unregulated will benefit nobody.

Ride-sharing is only superficially helping out the situation. What we need is more buses, and not just from the government. Transport is nobody’s charity, and everybody’s business.