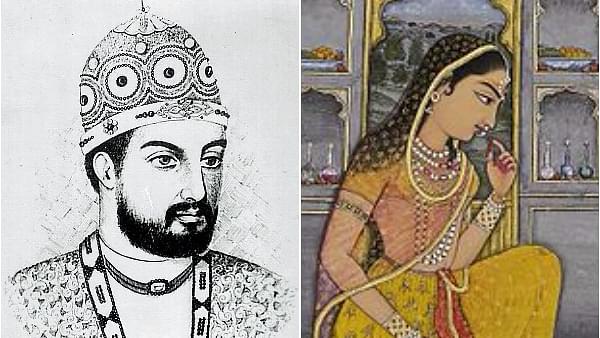 I first heard the ballad of Maa Padmavati from my mother as a child, so have many of us who share the blood of those oppressive, regressive and patriarchal men who gleefully committed saka, an act of walking outnumbered into the battlefield and death, even as their women embraced death by fire. The feminists who are in hysterics over the ‘vaginisation’ of historical women, somehow seem to have entirely bypassed the Yazidi women who have tried everything from scratching themselves to be unattractive to their Isis captors , to jumping off buildings rather than fall into the hands of Khilji’s descendants in faith. ISIS cadre themselves burnt 19 Yazidi women alive in cages for refusing to have sex with them.

There is no denying that this is a disturbing aspect of the history of conquest globally, but is there really only the honour/shame paradigm to understand and assess it? Is honour only sexual? Could it be that Victorian morality introduced a sexual dilution into what was a belief system of honour by the agency of self-determination? Were Indian freedom fighters compelled by sexual honour as they risked life and limb when, as some say, they could have survived and thrived? If sex is indeed about power as Betty Frieden insisted, could it be that the capture and rape of a queen or any woman post war is about the complete extermination of the agency, self-determination and honour of a people, intended to crush their spirit of freedom and ensure eternal submission to the conquistadors?

Indian insta-feminists, who are really career intellectuals with journalistic and media mileage to capitalise on, have never attempted the excruciating labour of actually developing an ideological exploration into gender and sexuality that takes into account unique histories, anthropology, societal and religious facts, and realities. While black women have reinterpreted feminism and liberalism in the context of their unique experience within and without the black community, Indian feminists are content to memorising and regurgitating arguments, phrases and logic that fit the life and struggles of, say a Jessica Valenti sipping her Starbucks in Upper East Side. Far from burning bras (because you know, it’s rather cumbersome, hot, and actually translates into a stand), they claim pseudo authority on societal and gender narratives with a black and white, halal or haram verdict, based on the sexual oppression/liberation paradigm with no grey areas that would necessitate intellectual labour.

Where feminists accommodate the hijab and its politics of honour and sexual morality in the West, somehow, our very own Indian crop of insta-feminists feels too accomplished and entitled to accommodate diversity in religious and regional narratives; Hezbollah but with free and awful sex. ‘My Body My Choice’ is their commandment as long as it involves the abortion of a helpless baby. God forbid a woman think she has any actual agency to oppose the sexual assault of her own body and denial of her self-agency, our feminists will determine for you if your concern is ‘feminist halal’ or not, litmus tested against their worldview of sexual oppression/liberation.

You know you are a Indian insta-feminist when hard facts and incidents, both present and past, feel oppressive to you because they inconveniently destroy your dystopian irrationality that allows you to equate a Rawal Ratan Singh to a Khilji and an RSS to an ISIS. Where they wouldn’t dare speak about the destruction, misery and oppression that followed Islamist conquests, they labour from the unbearable masochism to somehow prove that the crimes of Khilji had nothing to do with his faith. Unfortunately for them, neither Hindu verses, history, nor cultural practice come to aid, even as they foolishly and embarrassingly club sati and jauhar, both of which find no acceptance, assertion or installation as religious mandates. The first jauhar, in fact, saw an entire town, both men and women, immolate themselves rather than surrender to Alexander.

The hypothesis that jauhar has everything to do with a woman’s sexual honour, or every insta-feminists claim to insta fame, the ‘vagina’, is as incompetent a correlation as any. The men and women who laid down their lives in our freedom struggle--Rani Lakshmibai, who fought valiantly and then asked to be set to fire when injured lest she fall into the hands of the British--countless men and women like these are not impelled by the dynamic of sexual honour. It was the honour of living as a free man and woman with complete agency of their minds and bodies that have led revolutions and uprisings across history, and led many a beautiful queen, entire Hindu kingdoms and of recently the Yazidi women in Syria to choose death over servitude, sexual, physical or psychological.

One is either free or isn’t, your life is either yours or it isn’t. Here, is where there is no gray.

Valiant men and women, be they Rajput or otherwise, who know the difference between living and surviving have always chosen to live on their terms. Be it a Padmavati who commits jauhar or the countless warriors who ride into battle certain of their end, irrespective of race, religion or nationality. History has never lacked them, even when they die their legend lives on. On the other hand when an insta-feminist who eschews the honour of agency, respect, community, family and goodness dies, she really and truly is dead with no legacy to outlast her. It is the subconscious projection of one’s own eventual and mortal irrelevance that has terrified every shrill and feminist quack to fight, besmirch and humiliate a long dead woman who is immortalised by her sacrifice since centuries.

A woman who, to me or to countless others, grew up hearing tales of honour and valour was never weak, oppressed or afraid. To us who were raised on the principle of uncompromising and complete self-determination, Padmavati was and is the goddess incarnate, the deity Bhavani come to life by her self-determination and action, idolised in verse.

Shefali Samdaria is an agnostic feminist and a writer currently based in New York.