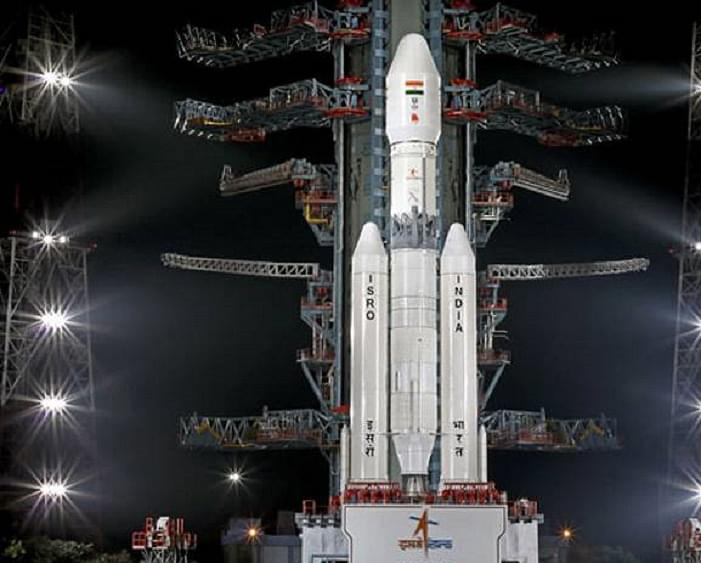 On 6 October, India’s space scientists succeeded in the launching of GSAT-18 communication satellite from Kourou, French Guiana, located on the north-east of the South American continent. While success stories keep emanating from ISRO, space science enthusiasts have been wondering when India’s space agency will no longer need rockets of the European Space Agency to launch heavy satellites and place them in geostationary orbits. On this occasion, we used the Ariane 5 rocket of the French company Arianespace.

The wait wouldn’t be long, given that our Geosynchronous Launch Vehicle Mark III is slated to debut this December after its engine is tested as fulfilling all the necessary parameters. “The satellite is scheduled to be launched during Fourth Quarter of 2016 by GSLV-Mk III-D1 Launcher from SDSC SHAR, Sriharikota,” the relevant page on the ISRO website reads.

All the reports that we have received so far of ISRO’s successful rocket launches using wholly Indian facilities pertained to the less advanced — but commercially a big hit among India’s international customers — PSLV (Polar SLV) with loads much less than that of the GSAT-18, which weighs 3,404 kg. The weight owes to the fact that a satellite of the kind holds Ka and Ku band payloads and a geostationary radiation spectrometer; the idea is “to monitor and study the nature of the charged particles and influence of space radiation on spacecraft and electronic components”, ISRO says. Launched by different rockets, these payloads together make satellites weigh never less than 2,000 kg each. The spectrometer would increase the weight of the satellite further by about 1,400-1,500 kg.

It is a monumental challenge to put a satellite on top of the earth’s equator, making it move with a velocity equal to that of our planet’s rotation. The satellite must move much faster to stay over a fixed spot on earth because the circumference of its orbit is much larger than that of the earth surface.

But lighter rockets are not a mean achievement of ISRO, on the backdrop of an international sanction against supplying the cryogenic engine to India. Undaunted by the sanction, India’s space scientists developed one indigenously (1994-2008), and they have not rested on the laurels ever since.

In fact, foreign technology is no way the key to success in this field. After the project to make the GSLV was conceived in 2000, the development flight of the first rocket that used a Russian cryogenic engine failed on 18 April 2001 because of a flaw in the design of the propulsion system. GSLV Mk 1a and 1b succeeded when the full-size core stage was deployed, putting GSAT 2 & 3 into the intended orbits.

More hits and misses followed. The GSLV that tried to place INSAT 4C into orbit in July 2006 failed when a booster malfunctioned. That was followed by the partial success of GSLV Mk II the next year, which placed INSAT 4CR lower than the orbit intended due an underperforming flight control system; a spacecraft then had to push the satellite higher. Next, in 2010, the GSLV Mk II failed because the upper stage did not work.

The complexity of the process can be appreciated by following the trajectory of the rocket from the stage where the lowest part is ignited first. As the rocket, which is not supposed to rise straight up as it must catch a certain spot in an orbit over the earth’s equator that is constantly rotating, the subsequent stages involve a combination of chemical engineering, mechanics and dynamics. Combustion at the same rate is not advisable for the rocket whose weight is constantly reducing due to the lower parts burning out. That calls for a combination of fuels; the energy from a liquid fuel can be regulated much better than that from a solid fuel. Since the angle of the flight must change gradually to catch up with the intended spot on the designated orbit, it is about mathematics. India is using a solid-liquid-liquid propulsion from the lowest to the uppermost stage. As different fuels will propel the rocket (whose weight is constantly reducing) at different speeds, it means a combination of chemistry (inorganic for solids and organic for liquids), mechanics (physics of machines) and dynamics (mathematics of movements).

When the rocket has lost all its parts but one, it is the stage where manoeuvring must be the nimblest. It is that phase where escape velocity must give way to orbital velocity, as the rocket will thereafter not move higher from the earth but start revolving around it. Whatever failures ISRO has seen is, therefore, in the chemistry-physics combo. The composition of the rocket and its thrust are not able to match the mathematical calculation of the ground station.

But every failure also means loss in crores besides leaving our space scientists depressed for a while. The indomitable but wise ISRO scientists therefore took the simulation route. Even without the C-25 cryogenic upper stage, which will not be ready before 2017, ISRO conducted the first test flight of GSLV Mk III on 18 December 2014 following the cold flow test of the C-20 cryogenic engine two months before that.

The upper stage of this rocket was a mere simulator. The model was structurally the same and the trajectory sub-orbital. The frame, heat shield and parachute system were all basic. This rocket carrying a 3,735 kg load successfully went 126 km up and descended back to the earth’s atmosphere with a velocity of 5,300 m/s, finally slowing down with the opening of its parachute and plunging into the Indian Ocean near the Andamans.

But before the whole rocket is tested, parts thereof must conform to the standards. Hence, 24 January 2010 and 4 September 2011 saw static tests of the solid rocket booster to address the shortcoming of 2006. The Liquid Propulsion Systems Centre tested the liquid-motored core stage (known as L110) two months after the first successful static test of the booster. ISRO’s Sriharikota facility is working diligently on the S200 boosters in the meantime.

The toughest challenge of building the upper stage will naturally take the longest time. The CE-20 has a gas generator cycle, a first for India. By 2017, to make sure that our satellites do not fall short of reaching the intended orbit, the SCE-200 liquid-fuel rocket engine may be added. This will enhance the payload carrying capacity to 6 tonnes at the geosynchronous transfer orbit or last stage of placing the satellite at its fixed position on the orbit vis-à-vis a spot on earth.

Let’s pray for the success of our space scientists. While we never tire advocating the private sector’s entry in every sector, the industry shows no interest in research in this field; it comes forward only at the stage of manufacturing — former ISRO chairman K Kasturirangan had said in July this year. That means that the mission must succeed not only because all the transponders would telecommunications services for India, but also because all the money that goes into these missions is taxpayers’ money.