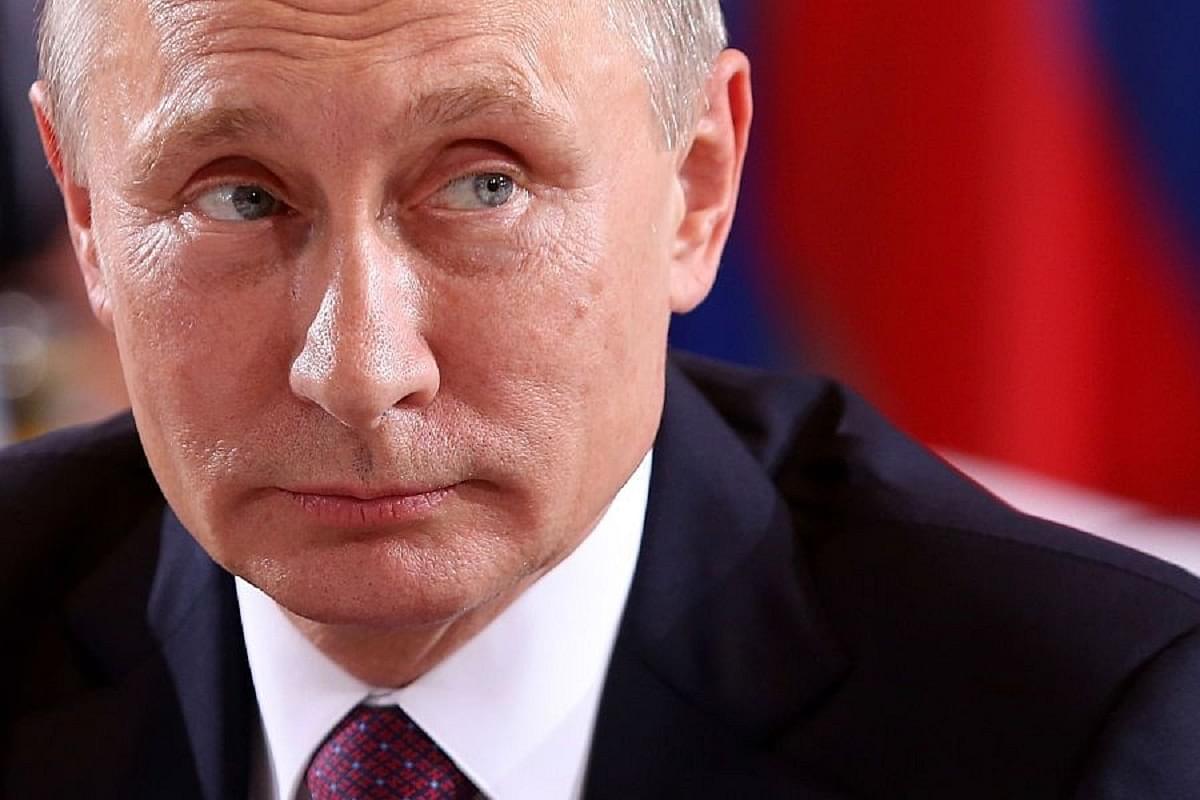 Russian President Vladimir Putin, in his recent speech, said that woke ideology is fast destroying the Western civilisation. Putin condemned the far-left progressivism and compared it to Russia’s darkest days during the 1917 communist revolution, in which the Soviets seized the means of production and overthrew the government.

Speaking at the plenary session of the 18th annual meeting of the Valdai International Discussion Club, Putin presented a strong case arguing that the Western civilisation is one step away from falling. The theme of the discussion was "Global Shake-up in the 21st century: The Individual, Values and the State".

Putin began his address by pointing out how the world is facing continuous inconstancy, unpredictability, and a permanent state of transition on almost every front, be it climate change, environmental degradation, the coronavirus pandemic, or the socio-economic problems facing humankind. Putin, citing the Covid-19 pandemic experience, argued that many global governance institutions need “fine tuning” as they failed to tackle the challenges posed by the dynamics of global processes.

“The re-alignment of the balance of power presupposes a redistribution of shares in favour of rising and developing countries that until now felt left out... We look in amazement at the processes underway in the countries which have been traditionally looked at as the standard-bearers of progress,” said Putin.

While elaborating upon the cultural deterioration of the West that is underway in the name of social justice, Putin said “some people in the West believe that an aggressive elimination of entire pages from their own history, ‘reverse discrimination’ against the majority in the interests of a minority, and the demand to give up the traditional notions of mother, father, family and even gender, they believe that all of these are the mileposts on the path towards social renewal.”

The Russian President noted that the overwhelming majority of the Russian society believes in its own spiritual values, historical tradition and multiethnic culture. “The advocates of so-called ‘social progress’ believe they are introducing humanity to some kind of a new and better consciousness,” he added. Putin went a step further as he compared the modern woke progressives to the Soviet revolutionaries and said that this wokeism is not new at all.

“It may come as a surprise to some people, but Russia has been there already,” he said. “After the 1917 revolution, the Bolsheviks, relying on the dogmas of Marx and Engels, also said that they would change existing ways and customs and not just political and economic ones, but the very notion of human morality and the foundations of a healthy society. The destruction of age-old values, religion and relations between people, up to and including the total rejection of family (we had that, too), encouragement to inform on loved ones — all this was proclaimed progress and, by the way, was widely supported around the world back then and was quite fashionable, same as today. By the way, the Bolsheviks were absolutely intolerant of opinions other than theirs.”

“The fight for equality and against discrimination has turned into aggressive dogmatism bordering on absurdity, when the works of the great authors of the past — such as Shakespeare — are no longer taught at schools or universities, because their ideas are believed to be backward. The classics are declared backward and ignorant of the importance of gender or race. In Hollywood memos are distributed about proper storytelling and how many characters of what colour or gender should be in a movie. This is even worse than the agitprop department of the Central Committee of the Communist Party of the Soviet Union,” exclaimed Putin.

Putin said that the true value of social justice movements, like that of Martin Luther King, is seen nowhere today. “Countering acts of racism is a necessary and noble cause, but the new ‘cancel culture’ has turned it into ‘reverse discrimination’ that is, reverse racism. The obsessive emphasis on race is further dividing people, when the real fighters for civil rights dreamed precisely about erasing differences and refusing to divide people by skin colour,” he noted.

“By the way, the absolute majority of Russian people do not think that the colour of a person's skin or their gender is an important matter. Each of us is a human being. This is what matters,” Putin said, reiterating his belief in Russian society.

“In a number of Western countries, the debate over men’s and women’s rights has turned into a perfect phantasmagoria... Zealots of these new approaches even go so far as to want to abolish these concepts altogether,” he said. “Anyone who dares mention that men and women actually exist, which is a biological fact, risk being ostracised.”

Putin also referred to the awkward usage of gender neutral terms such as “parent number one” and “parent number two”, “birthing parent” instead of “mother,” and “human milk” replacing “breast milk” because it might upset the people who are unsure about their own gender.

“Not to mention some truly monstrous things when children are taught from an early age that a boy can easily become a girl and vice versa,” said Putin, remarking on childhood gender transitions and the embrace of non-binary identities to the exclusion of parents. “That is, the teachers actually impose on them a choice we all supposedly have. They do so while shutting the parents out of the process and forcing the child to make decisions that can upend their entire life. They do not even bother to consult with child psychologists — is a child at this age even capable of making a decision of this kind? Calling a spade a spade, this verges on a crime against humanity, and it is being done in the name and under the banner of progress.”

Putin bluntly called these woke trends as “structural disruptions” and further argued that in the impending period of global reconstruction, “moderate conservatism” is the most reasonable line of conduct to tackle the multiplying risks and imminent dangers of the fragile woke realities around us.

“This conservative approach is not about an ignorant traditionalism, a fear of change or a restraining game, much less about withdrawing into our own shell. It is primarily about reliance on a time-tested tradition, the preservation and growth of the population, a realistic assessment of oneself and others, a precise alignment of priorities, a correlation of necessity and possibility, a prudent formulation of goals, and a fundamental rejection of extremism as a method,” elaborated Putin.

“The cost of ill-conceived social experiments is sometimes beyond estimation. Such actions can destroy not only the material, but also the spiritual foundations of human existence, leaving behind moral wreckage where nothing can be built to replace it for a long time,” Putin warned.