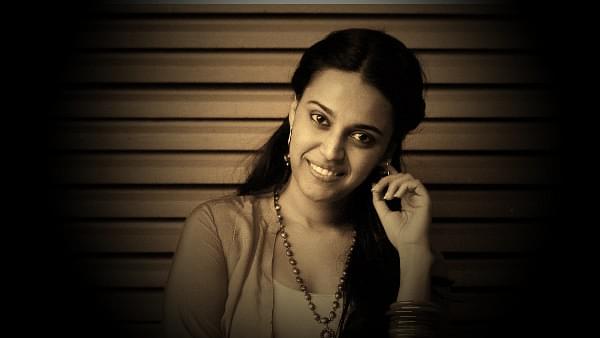 Firstly, congratulations on writing an incredibly bold, thought provoking, and well written criticism at a time when national discourse on the movie is either frivolous or borderline despotic. You’ve had the balls - or dare I say vagina - to exert your influence in constructive ways instead of mindlessly accepting what was being thrown at you as a viewer and for that I commend you.

However, what first read like a beautiful Zoya Akhtar produced Sheryl Sanders-esque monologue ended up being dangerously lopsided upon closer scrutiny.

A woman’s right to life is ‘actually pretty basic’ as you say if not obvious, but for some reason in the midst of discussing this film you’ve jumbled your arguments with irrelevant layers thus invalidating your own points. Firstly, your interchangeable use of the word “Sati” and “Jauhar” is misleading. When you say “sati and raping women are two sides of the same mindset” and loosely use terms that don’t make much sense such as “a Sati-Jauhar apologist” you are grouping Jauhar with Sati, thus equating it with rape if we were to follow your logic. This is fundamentally wrong to say the least. While the difference may seem slim at first, the underlying reasons for the two vary in a way that is imperative to consider. Here’s a mini history lesson –

Sati is when a woman (sometimes involuntarily) is thrown in a fire upon the death of her husband to somehow join him in the afterlife. This was done despite the alternative possibility of leading a decent life sans husband if one weren’t to jump.

Jauhar is a form of suicide en masse conducted by women who were certain of their kingdom’s defeat. It was done to avoid their inescapable eventuality of becoming a sex slave to the enemy as a result of political defeat with little hope for an entire sect of people. Again - they both result in women dying, but the arguments you have proposed for one cannot be exchanged for the other, and here’s why.

Women - raped, widowed, young, old, pregnant, prepubescent have an undoubted right to live and anyone who disagrees with that clear-as-daylight fact needs to be institutionally quarantined and never be allowed back into our world. And while Jauhar in and of itself is nauseating, its causes were overlooked by many of us equally ‘hot blooded’, ‘brave’ and ‘pure’ modern-day liberals - myself included, as I proudly announced my disdain for it during the final credits, before my friends and I headed to drinks, played charades and you know...determine our own fate.

Unfortunately, in 13th century Chittor, or for that matter Ranthambore, these women were faced by a far more perilous choice that cannot be undermined by easily outraged vanity-van-latte sipping liberals. Choosing between being a sex slave to men who will annihilate your soul or dying is hopefully not something that many of us will do and thankfully so. Sure, death over life is not empowering for our urban, credit card swiping generation, but it was to those who did not live our reality. That’s hard to hear and even more difficult to accept, but that’s always the case with a harsh truth.

Additionally, You cannot just brush off Jauhar as an event by saying “These happened. I understand they are sensational, shocking dramatic occurrences” because they weren’t just a segment of breaking news on India TV. These women were not all just mentally sick and suicide loving. Life was sacred then, and it is sacred now. We as a species were reflexively afraid of mortality then, and we are afraid of it now. Instead of painting this whole occurrence with a broad paint brush of regressive ideology, you need to at least try to imagine how it is like to have a giant pit of fire in front of you and Khilji and his soldiers ready to ravage your flesh behind (and no I am not telling you to go to some Naxal town so please don’t play that card on me).

I loved your point about “the context of art being the time and place of when it was created and consumed” - but again, your follow up analogy with the 15 year old Dalit girl and the gang rape horror in Delhi is wrong. The victim in Delhi fought for her life courageously until her last breath. She denied the sexual advances of 6 cowardly sub-human animals who were raised to see women as piles of flesh and nothing else. The 13th century act of Jauhar you are somehow illogically comparing this to, was a result of defeat in a whole war where it was not only acceptable but also expected for kingdoms to conquer not just other kingdoms, but also their women as property. The morality of it was overlooked, similar to how the morality of unequal pay, arranged marriage, and under the table dowry is often overlooked on an international level in our world today. The context of art IS the time and place it is created and consumed in, but the context WITHIN the art is not.

Ms Bhaskar, I felt uncomfortable watching the climax too. As a woman, my stomach lurched when I saw the close up of pregnant women and young girls jumping into the fire. But our stomachs lurched because we do not and cannot even fathom the brutalities that were imminent for these women should they have chosen to live. As intelligent, tenacious and empathetic as you are - you are not in a position to unabashedly label things like Jauhar in the 13th century or its portrayal as reductive. You and I as empowered women are a product of the progress women have made through the several feats they have achieved in the last 500 years. We are a product of empowerment, not desperation - unlike this queen and her sisterhood.

All of this being said Ms. Bhaskar, I’m not sure if you’ll even read this or get to the bottom of it, but I want to thank you for expressing your views in an environment of toxic discourse. But I just hope that along with making great use of words, you also exercise some empathy the next time you choose to label history as something it is not. And while you’re at it, I hope you choose not to condone stalking in B grade flicks both set in and consumed by 21st century society.

I wish you nothing but the best.