The Face Veil Must Go. It Destroys Trust And Public Etiquette. Hear Ambedkar On It 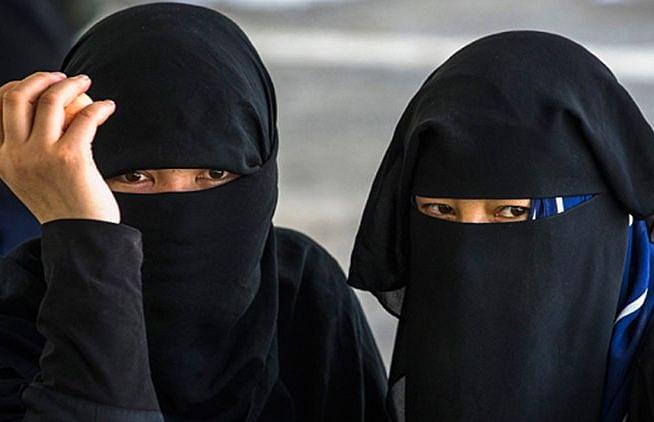 The decision of Kerala’s Muslim Education Society (MES) to ban the face veil in its 150-and-odd campuses must be applauded and encouraged. While it is still possible that conservative elements in Muslim society may yet force it to modify the order, it is important to understand why the niqab and the burkha need to be eliminated from public spaces.

The niqab is a face veil that leaves only the eyes uncovered, while the burkha covers the entire body, including head and eyes, leaving the wearer to view the world through a mere mesh in front of the eyes. Even if one dismisses the patriarchal element in the evolution of the niqab and the burkha, in today’s world they are essentially anti-social.

The arguments against the idea of the face veil actually go beyond public security, which is the reason why Sri Lanka banned them after the recent suicide bombings by Muslim extremists in churches and other places. But let us not minimise this issue in our terror-ridden world. If the police and the public cannot check who is behind the veil without actually having to ask the person to uncover herself (or himself), then it will be very easy for anyone to use the veil to stay anonymous in public spaces. This would also negate the whole point of putting up closed-circuit TV cameras in crowded places, which are intended to help the police figure out what happened if an untoward event occurs.

But the real moral case against face veils has nothing to do with security and law and order concerns. It has to do with the essence of human interactions, trust and public etiquette.

Consider what the veil confers on the individual wearing it. First, it gives you a view of the outside world, but the world cannot see you except as a moving piece of clothing. In essence, the wearer of the burkha becomes a voyeur – and thus no different from someone using a keyhole to invade other people’s privacy. In public places, this one-sided lack of privacy is destructive of the basic notion of trust, which happens only when people can see each other as humans going about their business. In most cultures, eye contact is key to establishing trust, and without a face, leave alone a pair of eyes to look into, we are talking about fear and mistrust being the central features of the burkha. The face veil is a covert statement that tells others “I don’t trust you”.

Second, the face veil acts like a human barrier for normal conversations and human relationships in places like schools and colleges – leave alone more public spaces like malls or streets. One reason why the term “love jihad” has gained currency in some parts of India is the one-sided nature of relationships that can occur when one gender is behind purdah. Leave alone people from other communities, the purdah disables normal interactions even between Muslim men and women, making it more than likely that relationships will form outside it. If normal human relationships – even casual conversations – are going to be inhibited by the existence of the purdah, how is it even possible to believe that inter-community relationships can improve over time? Society already has a dim view of inter-faith marriages, but the burkha takes it one step further, by making even a basic relationship suspect.

Babasaheb B R Ambedkar pointed this out clearly in his book on Pakistan before Partition. While discussing social evils among Hindus and Muslims, Ambedkar said that Muslims not only had all of Hindu social evils (like caste, etc), but “something more”. And “that something more is the compulsory system of purdah for Muslim women”.

Given below are Ambedkar’s views on the purdah system prevailing in his time. Even if the rigours of the system are now lower than they were in the 1940s, when Ambedkar wrote his famous tract on Pakistan and Partition, the essence of his arguments against the burkha remains solid as ever.

Here are excerpts from what Ambedkar wrote (spellings retained as in the original):

“As a consequence of the purdah system, a segregation of the Muslim women is brought about. The ladies are not expected to visit the outer rooms, verandahs, or gardens; their quarters are in the backyard. All of them, young and old, are confined in the same room. No male servant can work in their presence. A woman is allowed to see only her sons, brothers, father, uncles, and husband, or any other near relation who may be admitted to a position of trust. She cannot go even to the mosque to pray, and must wear burka (veil) whenever she has to go out.

“These burka women walking in the streets is one of the most hideous sights one can witness in India. Such seclusion cannot but have its deteriorating effects upon the physical constitution of Muslim women….”.

“Purdah deprives Muslim women of mental and moral nourishment. Being deprived of healthy social life, the process of moral degeneration must and does set in. Being completely secluded from the outer world, they engage their minds in petty family quarrels, with the result that they become narrow and restricted in their outlook.

“The physical and intellectual effects of purdah are nothing as compared with its effects on morals. The origin of purdah lies of course in the deep-rooted suspicion of sexual appetites in both sexes and the purpose is to check them by segregating the sexes. But far from achieving the purpose, purdah has adversely affected the morals of Muslim men. Owing to purdah, a Muslim has no contact with any woman outside those who belong to his own household. Even with them his contact extends only to occasional conversation. For a male there is no company of, and no co-mingling with the females, except those who are children or aged. This isolation of the males from females is sure to produce bad effects on the morals of men. It requires no psychoanalyst to say that a social system which cuts off all contact between the two sexes produces an unhealthy tendency towards sexual excesses and unnatural and other morbid habits and ways.

“The evil consequences of purdah are not confined to the Muslim community only. It is responsible for the social segregation of Hindus from Muslims which is the bane of public life in India. This argument may appear far-fetched, and one is inclined to attribute this segregation to the unsociability of the Hindus rather than to purdah among the Muslims. But the Hindus are right when they say that it is not possible to establish social contact between Hindus and Muslims, because such contact can only mean contact between women from one side and men from the other.

“Not that purdah and the evils consequent thereon are not to be found among certain sections of the Hindus in certain parts of the country. But the point of distinction is that among the Muslims, purdah has a religious sanctity which it has not with the Hindus. Purdah has deeper roots among the Muslims than it has among the Hindus, and can only be removed by facing the inevitable conflict between religious injunctions and social needs. The problem of purdah is a real problem with the Muslims - apart from its origin - which it is not with the Hindus. Of any attempt by the Muslims to do away with it, there is no evidence.”

We don’t have to take every part of Ambedkar’s stereotyping of women under purdah as true – especially in today’s world. But the core point is that the face veil destroys possibilities of normal relationships between two human beings, leave alone two communities, making distrust the dominant theme.

At the very least, we need to realise that the face veil is destructive of trust and etiquette in public spaces. It must go. Hopefully, we will not need a law on it. The Muslim Education Society has set a healthy trend that is worth following in all public spheres.