Unconventional And Unrequited, The Love Story Of Mr And Mrs Jinnah 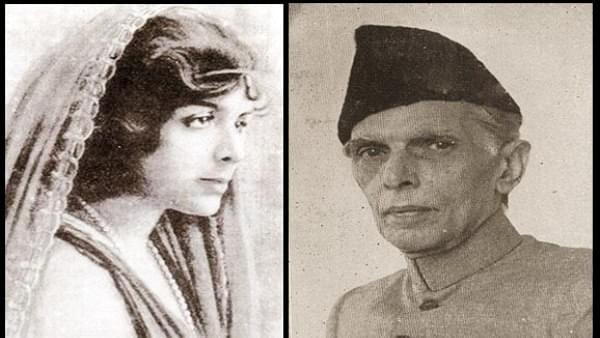 The year was 1916. He was 40, the leader of the All India Muslim League, and she all of 16 and the daughter of a wealthy Parsi businessman. Their affair shook all of then Bombay’s high society and political circles, and their marriage two years later was what not many in that era would dare attempt.

Author Sheela Reddy takes us through this tumultuous marriage between Muhammad Ali Jinnah and Rattanbai Petit that, during its time, shook the who’s who of pre-independence India and later changed the lives of those involved dramatically.

Here is an excerpt from the book ‘Mr and Mrs Jinnah: The Marriage That Shook India’, which looks at the sprouting of this romance.

He was only three years younger than her father and, like Sir Dinshaw, belonged wholly to the Victorian era both in his dress and manners—but there the resemblance ended. Unlike the stocky and very middle-aged baronet, it would have occurred to no one to describe Jinnah as an old man.

With his slim, graceful five-foot-eleven figure, neatly combed black hair, silvering at the temples, his quick, sharp movements and a classically handsome face with sharply etched features and Grecian profile, he too was a head-turner, like Ruttie. ‘If you came across him on the street, you were bound to be mesmerized.

It was the way he carried himself, the way he walked, the immaculate manner in which he dressed, his handsome face,’ as a young man who met Jinnah years later, K.H. Khurshid, put it. And then there was the personal charm and the dry sense of humour with which he could hold a drawing room captive when he was in the mood. His stories of arriving in England, hopelessly adrift in an alien culture, which he had never shared before, would have especially delighted Ruttie.

The story, for instance, of finding a hot water bottle on his bed on his first night in an English boarding house and, when his feet touched it in the dark, how he flung it out of the bed, terrified. ‘As he peered at it in the dark, he could see water oozing out of it, which he was quite convinced, was blood. “I have killed it,” he screamed.”’ Others had experienced the hypnotic effect that Jinnah could have in the company of those he liked—that ‘stretching of his long legs to the full limits of comfort’ as he prepared to launch on an anecdote ‘in slow, measured and dramatic tones’; the surprisingly sweet smile, the dry wit and the fund of good stories. And given her sheltered life, Ruttie was even more susceptible than most.

It’s harder to tell what spell Ruttie cast on him. She was enchanting, of course, and delightfully informal, lively, high-spirited and full of jokes, and the toast of high society for her beauty and breeding, but she was hardly Jinnah’s type. That is, if he had a type at all, for he had so far been immune to feminine charm of any kind, preferring to spend his time at parties talking politics with men. He did not ignore them, of course, paying them elaborate and formal courtesies, especially the older women who seemed to him less threatening.

Despite his popularity, with his dashing good looks and elegance of dress, he was never as easy in their company as he was with men, having grown up in an environment where men and women did not mingle with each other unless they were family. Added to that was his habitual coldness and reserve that made even men like his junior Chagla dislike him intensely. ‘But these obvious outer qualities are like a crust hiding the real man of which (or should it be whom? Being so impersonal an entity my grammar gets rather mixed in relation to him!) you may never get a glimpse,’ Sarojini once wrote to Chagla in Jinnah’s defence when the former wrote a newspaper article portraying Jinnah in an unflattering light. ‘I think you have done a capital impressionist sketch of him—monocle, audacity and all.

Someday I hope you will find yourself being a friend of the “lonely man who habitually breathes the rarefied air of the colder regions”. There you will find, as those of us who are fortunate enough to know him intimately have colder regions have [sic] a beauty and charm denied to the flora that flower in the warmer valleys of the common human temperament. But I confess you do need a fur coat now and then in the course of your botanical expeditions in these frigid regions!!’

Fortunately for Ruttie, she never felt the need for that fur coat, even in her early girlhood. Sensing perhaps her adoration for him, Jinnah had always let down his guard with his friend’s young daughter. No one else in his life could draw Jinnah out as effectively as Ruttie, using her entrancing mix of ‘coaxing and teasing’ to make him talk, and even laugh at himself.

Many of the personal details of his life that were to soon find themselves in the short biography Sarojini wrote as an introduction to his maiden book, a collection of his speeches, was stuff she had got second-hand, from talking to Ruttie, personal details like being raised ‘in careless affluence and adored by his family’ in Karachi; sent to England as ‘a tall thin boy in a funny long yellow coat’; his lack of a university education; his family’s financial ruin and how he ‘set out to conquer the world equipped with nothing but the charmed missiles of his youth, his courage and his ambition’.

He had not shared these with Sarojini, despite her affection and admiration for him. Sarojini, of course, did not reveal how she got to know so much about Jinnah which he had never once talked about to any of his friends, but she did acknowledge that the verse on the opening page of the book, Mohammad Ali Jinnah: An Ambassador of Unity, published in the same month that he got married, in 1918, was chosen by Ruttie, and not her.

Ruttie felt these five lines by William Morris best described Jinnah, being both his motto and his song, and Sarojini, who admired him almost as much as Ruttie, could not help agreeing:

By thine own Soul’s law learn to live
And if men thwart thee take no heed,
And if men hate thee have no care,
Sing thou thy song and do thy deed,
Hope thou thy hope and pray thy prayer.

Excerpted from ‘Mr and Mrs Jinnah: The Marriage That Shook India’ by Sheela Reddy, Penguin Random House India, 2017 , with the permission of the publisher.

Also Read: ‘Mr And Mrs Jinnah’: A Tale Of Unrequited Love And Its Aftermath